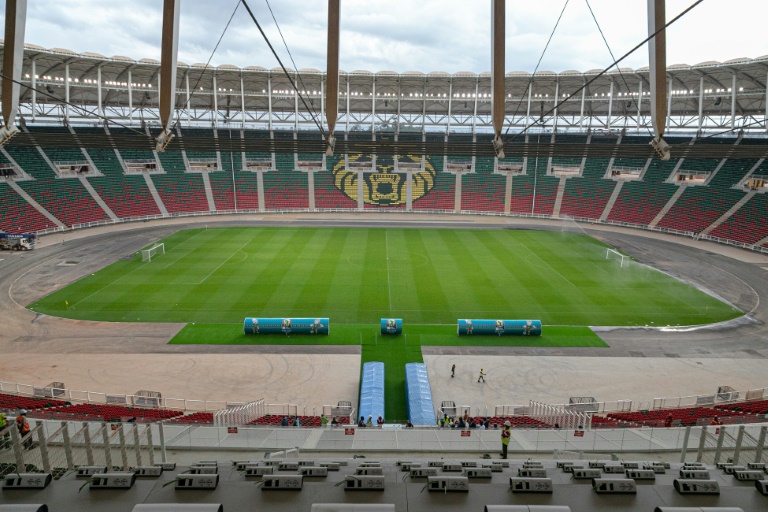 Cameroon's Olembe stadium has a capacity of 60,000

YAOUNDE - Eight people were killed and about 50 injured in a crush outside a Cameroonian football stadium Monday ahead of an Africa Cup of Nations match.

Crowds attempted to enter through a southern entrance at Olembe stadium in the capital Yaounde to watch the host nation play Comoros.

Although the stadium's capacity of 60,000 has been limited over coronavirus fears, the 60 percent cap is raised to 80 percent when Cameroon's Indomitable Lions play.

The ministry said victims were "immediately transported" in ambulances, but "heavy road traffic slowed down the transport".

Some 50 people were injured in the crush, including two people with multiple injures and two more with serious head wounds, the ministry said.

A baby was also reportedly trampled by the crowd, the ministry added, although the infant was "immediately extracted and taken to Yaounde General Hospital" and is in a "medically stable" condition.

Tournament organisers had earlier confirmed to AFP that casualties had been recorded without providing further details. 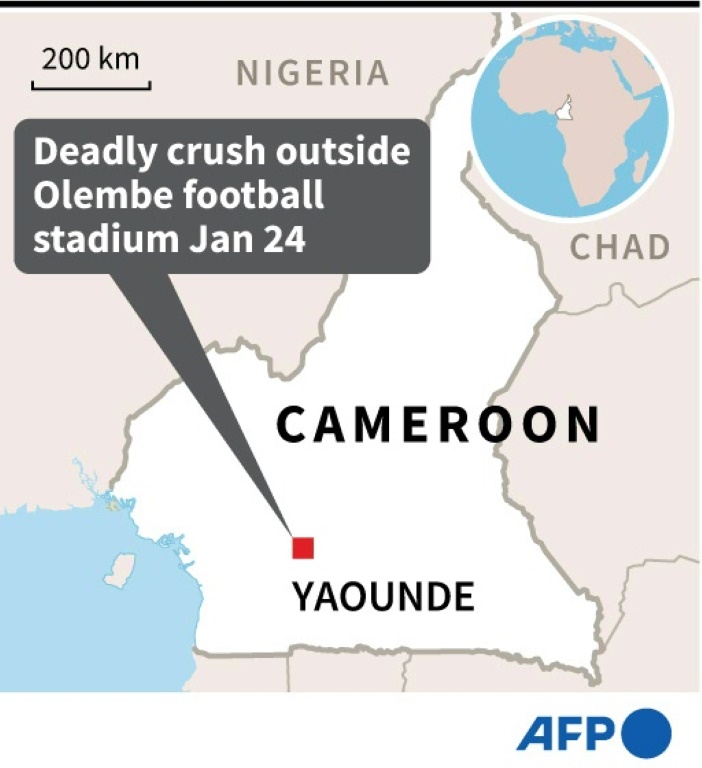 Africa Cup of Nations organising committee spokesperson Abel Mbengue told AFP: "There was a crush as can happen when there is a stampede. We are waiting for reliable information on the number of casualties in this tragic incident".

The Confederation of African Football (CAF), which runs the continent's flagship competition, said it was "investigating the situation and trying to get more details on what transpired".

In a statement online, the organisation said it had sent its secretary general to "visit the supporters in hospital in Yaounde".

It added it was in "constant communication with Cameroon government and the Local Organizing Committee".

"Everything is done to give them free care and the best support," he tweeted.

The CAF will hold a "crisis meeting" with the organising committee on Tuesday morning at 9:30am (0830 GMT), dedicated exclusively to security issues in the stadiums, a source close to CAF told AFP.

Cameroon was meant to host the Africa Cup of Nations in 2019. However, the event was relocated to Egypt in January of that year over concerns Cameroon's stadiums were not prepared for the games.

The CAF stripped the country of the tournament, citing delays in the construction of stadiums and infrastructure projects, as well as question marks over security.

Overcrowding at football matches around the world has resulted in scores of deaths.

Thousands of fans in the Egyptian capital Cairo in 2015 attempted to enter a stadium to watch a game, triggering panic as police fired tear gas and birdshot and resulting in 19 dead.

In April 2001, 43 people died in a stampede at Johannesburg's Ellis Park stadium during a game between Orlando Pirates and Kaizer Chiefs.

And in Guatemala in October 1996, 90 people were killed in a crush during a World Cup qualification match between the host nation and Costa Rica at an overpacked stadium.

On the pitch, Cameroon sealed their place in the last eight of the tournament with a 2-1 win and will now play The Gambia in the quarter-finals.

The Comoros side had qualified for the last 16 in their first-ever appearance at the Cup of Nations.