Elon Musk hands over first 'made in Germany' Teslas 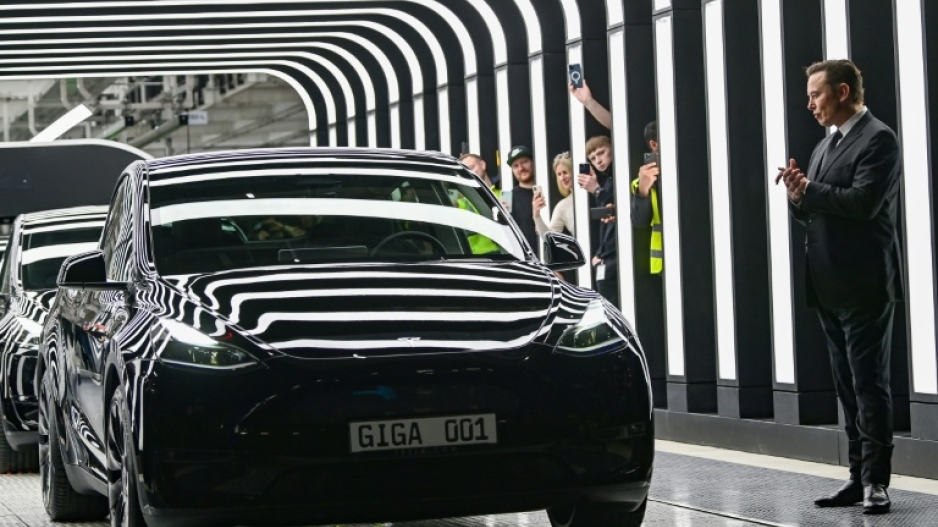 NEW YORK - Tesla CEO Elon Musk danced for joy at the inauguration of his "gigafactory" electric car plant near Berlin Tuesday, shrugging off two years of bureaucracy and delays to watch customers drive off with the first Model Y vehicles made in Europe.

"Danke Deutschland!" (Thank you, Germany) Musk tweeted after the red ribbon ceremony, where he joined workers in applauding the first 30 drivers to get behind the wheel of their new cars.

The US billionaire even broke into a little dance during the handovers, reviving memories of the slightly awkward jig he did at a launch event in Shanghai in 2020 that lit up the internet.

The factory opening caps an arduous two-year approval and construction process that saw Tesla run into a series of administrative and legal hurdles, including complaints from locals about the site's environmental impact.

Having started construction at its own risk, Tesla finally won the formal go-ahead from regional authorities to begin production earlier this month.

The "gigafactory" in Gruenheide, in Germany's eastern state of Brandenburg, is Tesla's first production site in Europe, and officials are hoping it will help the region position itself as a hub for electric vehicle production.

The Californian company aims to eventually employ some 12,000 workers at the site who will churn out around 500,000 Model Y cars annually, the firm's all-electric, compact SUVs.

Tesla's arrival is expected to jolt Germany's flagship car industry, setting the stage for fierce competition with rivals Volkswagen, BMW and Mercedes-Benz as they pivot from traditional engines to cleaner electric vehicles.

"The new era in the auto industry has now arrived in Germany too," said analyst Ferdinand Dudenhoeffer from the Center for Automotive Research.

Away from Russian oil 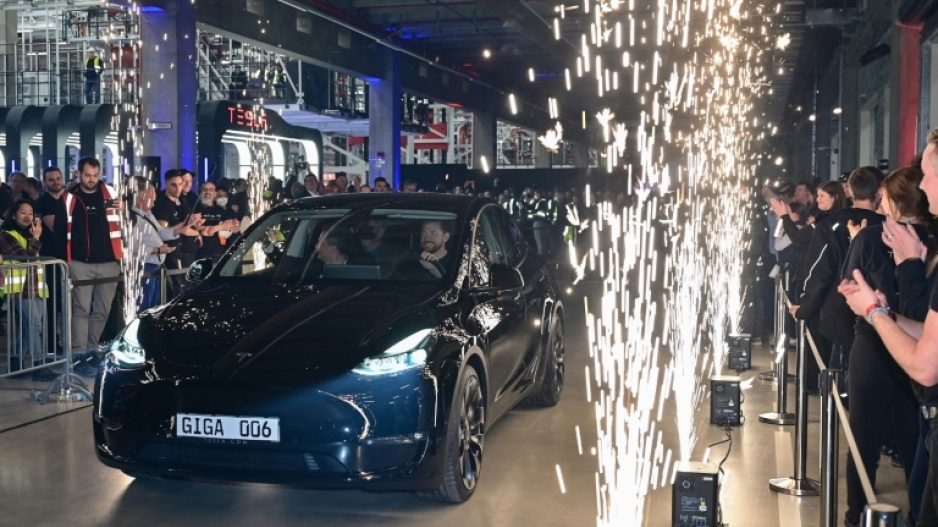 Tesla aims to eventually employ some 12,000 workers at its new German gigafactory who will churn out around 500,000 Model Y cars annually

Tesla's focus on Europe comes as the continent grapples with sky-high energy costs that have sent petrol prices soaring, prompting some drivers to take a closer look at electric alternatives.

The "Giga Berlin-Brandenburg" is "one of the biggest strategic endeavours for Tesla over the last decade and should further vault its market share within Europe over the coming years as more consumers aggressively head down the EV path," analysts at investment firm Wedbush said.

But Tesla has not been spared the pain from shortages of key materials and supply chain disruptions, linked in part to Russia's invasion of Ukraine, that are also plaguing other carmakers.

Economy Minister Robert Habeck, who attended Tuesday's inauguration along with Chancellor Olaf Scholz, said it was "a special day for Germany's mobility transformation".

In a nod to efforts to reduce reliance on Russian energy, Habeck said electric cars took Germany "one step further away from oil imports".

He also called for more "Tesla speed" in other infrastructure projects, including the expansion of renewable energies. 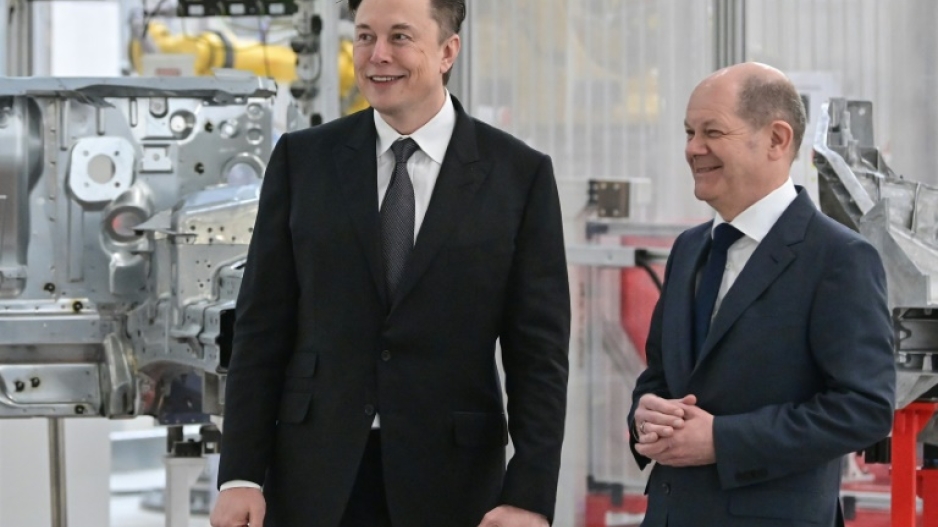 Although Musk was frequently frustrated by the red tape that slowed down his Gruenheide plans, by German standards the factory was up and running in record time.

The inauguration was not universally welcomed, however, with environmental campaigners protesting near the site.

Among their demands was a call for better and free public transport instead of "yet more cars", said spokeswoman Lou Winters from the Sand in the Gears environmental group.