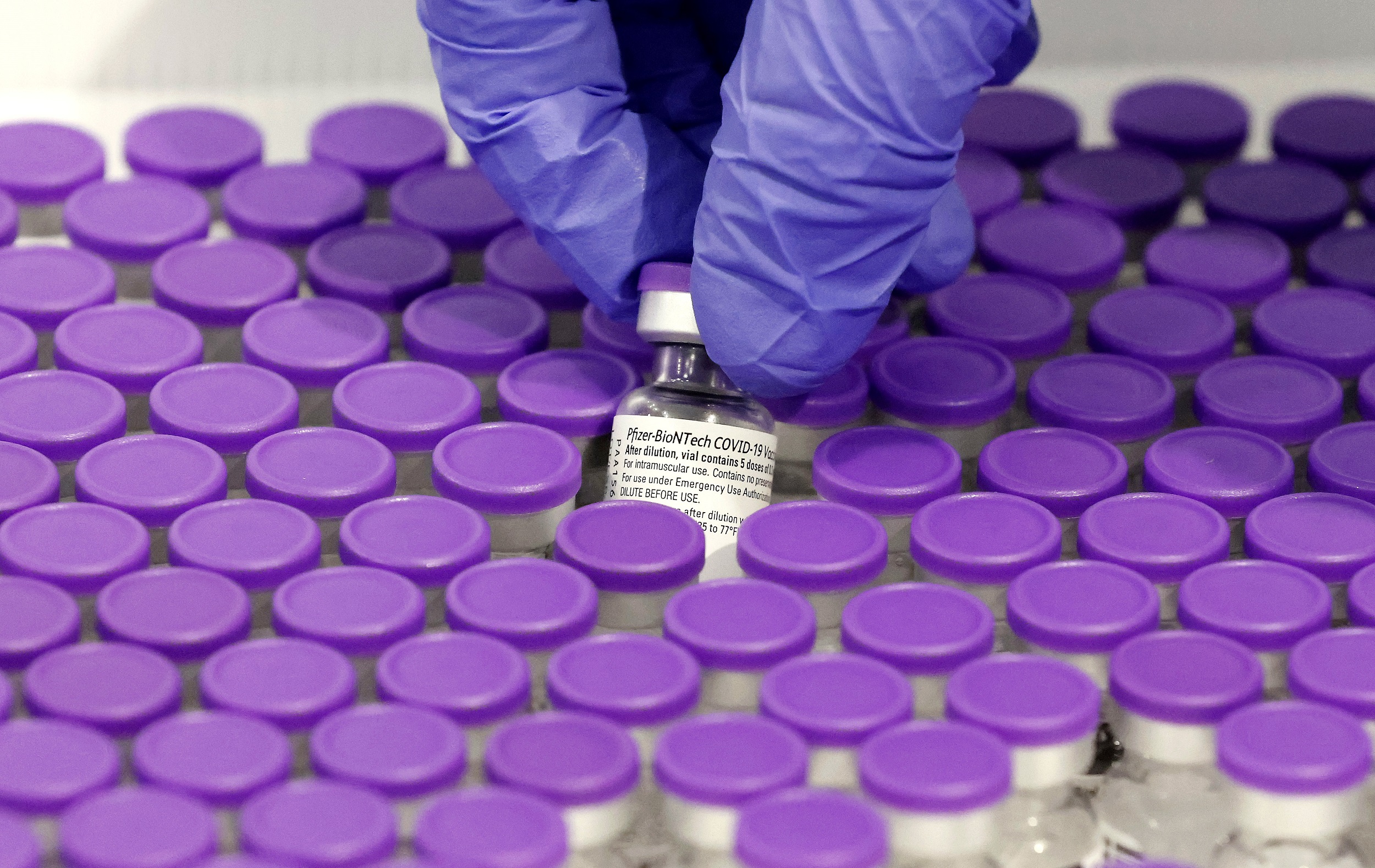 LONDON - Seven mass coronavirus vaccination sites opened across England on Monday as the government raced to dose millions of people while a new strain of the disease runs rampant across the country.

The sites include football stadiums and a horse racing course and are located in cities including Bristol, London, Newcastle and Manchester.

They are to vaccinate thousands per week and several more sites are expected to follow, according to the National Health Service (NHS) in England.

"I feel very relieved," said Moira Edwards, 88, after receiving her first vaccination at Epsom Downs Racecourse, south of London, which is more famous for the Derby.

"I feel this is the way back. I can't understand anybody not wanting to have it," she added.

The mainly elderly recipients of the jab, some of whom used walkers, sticks or were pushed in wheelchairs to get to the centre, were given "I've had my COVID vaccination" stickers.

Hospitals and pharmacies are set to begin offering the vaccine later this week, with the government hoping to have doses available for 12 million of England's 56 million population by mid-February.

A further three million are being targeted by the same date in Wales, Scotland and Northern Ireland.

Priority is being given to the elderly, care home residents and workers, the clinically extremely vulnerable, and health and social care staff.

Some 2.4 million people have already been vaccinated across the UK since the roll-out began of the Pfizer-BioNTech jab on December 8, according to vaccines minister Nadhim Zahawi.

Britain has since approved the Oxford-AstraZeneca and Moderna jabs. The government has drafted in logistics experts from the army to help in the inoculation drive.

Britain is grappling with its worst outbreak of the disease since it hit the country early last year.

The record case rates and daily death toll are being blamed on a new, more transmissible strain, which has piled pressure on the NHS, leading to warnings of shortages of critical care beds.

The state-run NHS risks being overwhelmed and the country is in its third lockdown until at least mid-February, with predictions the restrictions could last even longer.

In Northern Ireland, health chiefs said the province's hospitals were under intense pressure, and two health trusts had to draft in off-duty staff to alleviate pressure due the spike in cases.

"The next few weeks are going to be the worst weeks of this pandemic in terms of numbers into the NHS," England's chief medical officer Chris Whitty told BBC television on Monday.

"What we need to do, before the vaccines have had their effect... is we need to really double down" on observing lockdown measures, he added.

Britain on Saturday said it had recorded over three million coronavirus cases since the pandemic began last year.

On Friday, it reported a record 1,325 deaths over a 24-hour period of people who tested positive for the virus, with fears that the fatalities could remain consistently high for weeks.

The full death toll now stands at more than 80,000, the highest in Europe.

At Leatherhead, near Epsom, bodies were being stored in a temporary 1,400-capacity mortuary because there was no space at local hospitals.

The local council said 170 bodies, more than half of which had been COVID fatalities, were being held at the makeshift facility, but the county would be in "real difficulty" if numbers rose further.

Zahawi urged the public to follow the lockdown rules, which include school closures, that some have criticised for not being strict enough.

"In supermarkets, we need to make sure people actually wear masks and follow the one-way system rule," he told Sky News.

"We don't want to go any tougher because this is a pretty tough lockdown, but what we need is people to behave as if they've got the virus so we can bring this virus under control whilst we vaccinate."