England pledge to make most of veteran bowlers Broad and Anderson 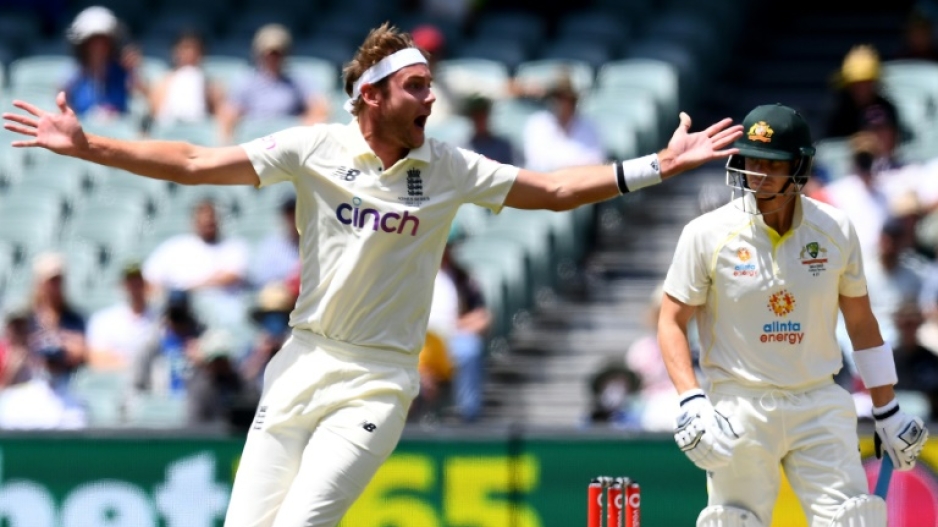 LONDON - England cricket chiefs say they are determined to wring the maximum out of leading wicket-takers James Anderson and Stuart Broad after recalling the veteran pair to face New Zealand.

The pacemen were controversially left out of the squad for the recent Test series in the Caribbean, which England lost 1-0, hot on the heels of a humiliating 4-0 Ashes defeat in Australia.

But the bowlers, with a combined age of 74, were Wednesday named in a 13-man squad for the first two Tests of the three-match series, which starts at Lord's on June 2.

New captain Ben Stokes has already indicated that he wants Anderson and Broad -- who have taken nearly 1,200 Test wickets between them -- in his team.

New England managing director Rob Key signalled a clear break with the rest-and-rotation policy of the previous regime, which was put in place partly as a result of coronavirus restrictions.

"I don't think their workload will be managed actually," Key said. "I think we try to get the most out of James Anderson and Stuart Broad, the most out of them that we possibly can."

The former England batsman, appointed as part of a management shake-up following the Ashes debacle, added: "I'd rather have them in the side, trying to win games of cricket for England than sort of prolonging their careers for a long time where they can't impact as much as possible.

"I think we'll try to make the most of them while we've still got them."

Star batsman Joe Root, who quit as captain last month, has retained his place in the squad, the first selected since Key and incoming head coach Brendon McCullum, a former New Zealand captain, were appointed to their England roles.

Key said the talented but inconsistent Ollie Pope, reduced to 12th-man status in the West Indies, would bat at number three, with Root moving back to his preferred position at number four.

"With a lot of these guys the bet is that the talent they have, in this environment, with these coaches, Brendon McCullum and Ben Stokes will get the best out of our most talented cricketers," said Key.

"Ollie Pope is one of those if we can unlock him, which I think they can. I think he can be a seriously good Test cricketer."