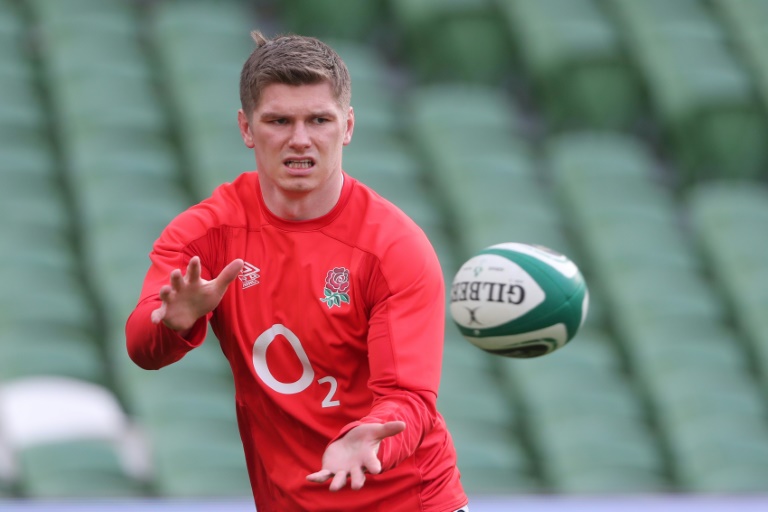 Owen Farrell has returned to the England set-up after missing the whole of the Six Nations. AFP/Pool

LONDON - Owen Farrell was included Tuesday in a 36-man England training squad ahead of a tour of Australia after missing the whole of the Six Nations with an ankle injury.

The 30-year-old, who had been England's captain, has twice undergone ankle surgery this season but the fly-half/centre has since proved his form and fitness with Saracens.

Among the 10 uncapped players included in the squad is teenage London Irish full-back Henry Arundell, who has scored seven tries in 12 senior appearances for the club.

Arundell scored one of the tries of the season -- running the length of the pitch and slaloming his way past five defenders in London Irish's Challenge Cup quarter-final defeat by Toulon earlier this month.

Several senior players including Ben Youngs, Jamie George and Henry Slade have been omitted but Jones said those not selected could still feature against Australia.

"We're going to use this camp as an opportunity to prepare a base game for the Barbarians fixture and for a really important Australia tour," said England coach Eddie Jones.

"It is also 16 months to the World Cup and every minute counts."

England play the Barbarians in a non-cap international at Twickenham on June 19 before travelling to Australia for three Tests against the Wallabies, starting in Perth on July 2.

England have won all eight of their Tests against the Wallabies since former Australia coach Jones took charge after the 2015 World Cup.