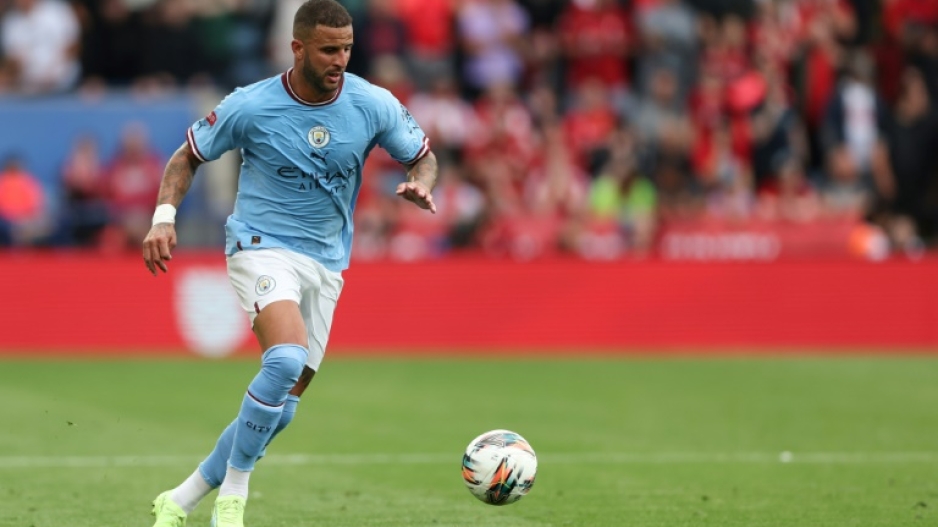 LONDON - England defender Kyle Walker faces a race to be fit for the World Cup after Manchester City revealed he had undergone groin surgery.

Walker suffered the injury in the first half of City's 6-3 victory against Manchester United at the Etihad Stadium on Sunday.

No timescale has been put on his return but it is understood City believe he still has a chance of playing at the World Cup, which gets underway for England against Iran in Qatar on November 21.

"Kyle Walker has undergone surgery after suffering a groin injury to his left leg during the first half of our 6-3 win over Manchester United on Sunday," a City statement said on Thursday.

"The surgery was successful and a more detailed prognosis will be provided in due course."

Walker tweeted a picture of himself in his hospital bed alongside a message saying: "As players we have to appreciate injuries are part and parcel of the game we love.

"My operation on Tuesday was a success and now I can concentrate on my rehab and getting back to full fitness."

Walker has 70 caps for England and was expected to be a key figure in Gareth Southgate's squad at the World Cup.

The 32-year-old offers tactical versatility to Southgate, who has used him at right-back and as a centre-back in a three-man defence.

City manager Pep Guardiola said after his side's 5-0 win against Copenhagen in the Champions League on Wednesday that Walker would be out for a "while".

"I know how important the World Cup is for the players but honestly I don't know right now," he added.

If Walker is ruled out of the World Cup, it could open up a place in Southgate's squad for Liverpool right-back Trent Alexander-Arnold.

Alexander-Arnold was unused by Southgate in England's recent Nations League matches against Italy and Germany, sparking a debate about the manager's treatment of the Liverpool star and his perceived defensive weakness.

Southgate opted to leave Alexander-Arnold on the substitutes' bench against Italy and omitted him from the matchday squad for the Germany game.

England must submit their 26-man World Cup squad by November 13, giving Walker just over a month to prove his fitness.