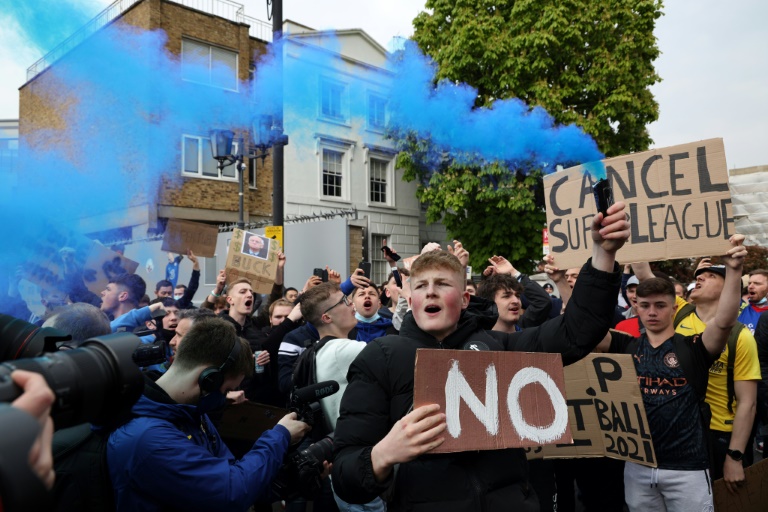 LONDRES - In just 48 hours, English football fans forced four billionaires, a Russian oligarch and an Emirati sheikh into a hasty retreat as the European Super League collapsed with the withdrawal of six Premier League clubs.

The owners of Manchester United, Liverpool, Manchester City, Chelsea, Arsenal and Tottenham had signed up with six other Spanish and Italian clubs to a money-spinning ESL project, but with far-reaching consequences for the rest of the football pyramid.

On the back of a fans' revolt, governments and governing bodies mobilised to threaten the "dirty dozen" with expulsion from domestic and continental competitions.

After more than a year in soulless stadiums, with supporters shut out due to coronavirus restrictions, perhaps those running the clubs forgot the importance of the match-going fan.

The show has gone on behind closed doors to protect lucrative television contracts of the sort the breakaway clubs thought they were buying into. A $3.5 billion pot was to be shared among the founder members of the ESL, borrowed against future TV rights revenues.

However, after years of being pushed around to accommodate prime kick-off times in San Francisco and Shanghai, inflated ticket prices and with less say in how their club is run, supporters in England have emerged triumphant.

"It doesn't matter what club you are, it doesn't matter allegiance, it's not tribal, it's about the rich, the few, the minority trying to take what is our game," said Chelsea fan Will Todd, at a fan protest ahead of Tuesday's Premier League game against Brighton.

The furious backlash could prove the tipping point over the issue of the open nature of club ownership in England.

"The whole ESL move shows how out of touch these owners are," said British culture secretary Oliver Dowden in promising to still press ahead with a fan-led review of football governance.

The disconnect with English football culture is a physical as well as emotional one. Not one of the owners from the breakaway six live in Britain.

United, Liverpool and Arsenal are owned by US-based billionaires, used to working in the American sports franchise model without the perils of having to earn a place in the top leagues every year by performing on the pitch.

Chelsea and Manchester City have become global brands on the back of investment from Roman Abramovich and Abu Dhabi's Sheikh Mansour. 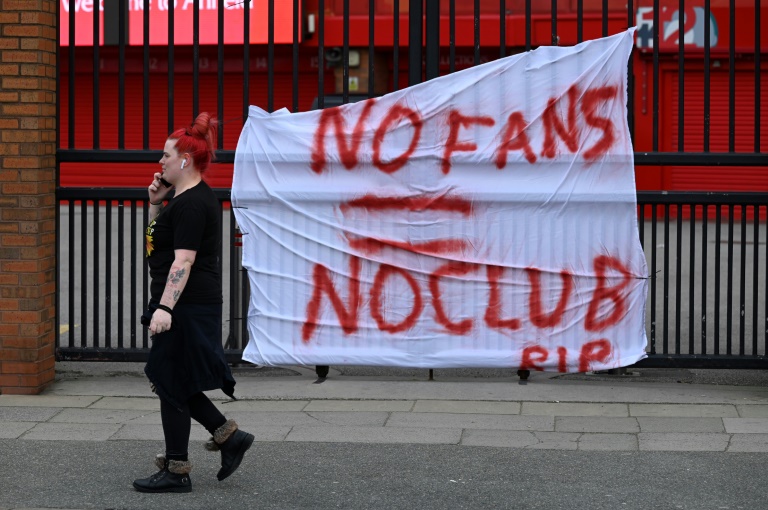 Tottenham are the only British-owned club of the six, but even their billionaire owner, Joe Lewis, resides in the Bahamas.

"In this endeavour, I’ve let you down," said Liverpool owner John Henry in a humiliating climbdown.

"Again, I'm sorry, and I alone am responsible for the unnecessary negativity brought forward over the past couple of days.

"It’s something I won’t forget. It shows the power the fans have today and will rightly continue to have."

Buoyed by their victory, fans' groups are now rallying to build on their momentum for further change, starting with the boardrooms of their own clubs.

The Glazer family's controversial leveraged buy-out of the Red Devils in 2005 has left the club picking up the bill for hundreds of millions of pounds in interest payments, while the Glazers regularly take out dividends.

"This is a real opportunity for the Glazers to now change the current path of their legacy and open the door to supporter shareholding with full voting rights," added the MUST.

The Chelsea Supporters Trust said it had "little or no confidence in our current leadership at board level".

There remains a long road ahead for supporters if they want to oust unpopular owners. The valuations of the six Premier League clubs are in the billions.

But for once the collective power of the humble fan has brought down the plans of billionaires to further line their pockets.

"This is our club, not yours," said Liverpool fan group Spion Kop 1906. "Never take us for granted because once again you have seen that it's the fans who have the power, not the men with the briefcase."