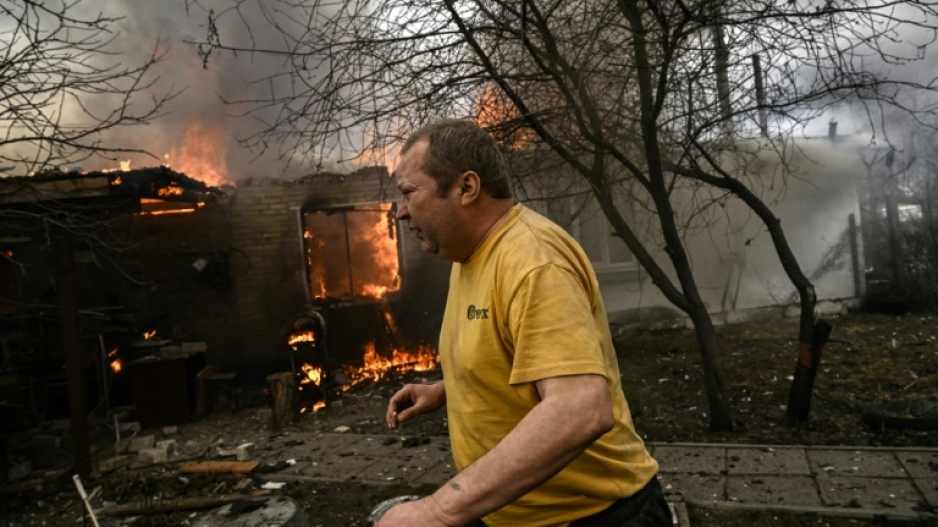 IRPIN - Yevghen Sboromyrskiy's body shook so violently that he couldn't place his cigarette in his lips as he watched his house burn to the ground after it was shelled in a Russian attack.

The ear-splitting blasts on Kyiv's northwestern front forced Sboromyrskiy's neighbours to hide behind their picket fences and crouch with every bang.

But Sboromyrskiy, stunned, stood in the middle of the road and shook.

"I was opening the refrigerator to get some eggs," the 49-year-old said through tears. "Then a big boom, the fridge fell on top of me, and then the entire house did."

His German Shepherd barked and ran in urgent circles in Sboromyrskiy's padlocked back garden while his wooden house burned and the fighting raged overhead.

The smoke grew thicker and his neighbours started shouting warnings about the reserve tank of fuel exploding in the shed.

Sboromyrskiy started running in his soot-covered T-shirt and then stopped and dropped to his knees.

"My entire life is gone," he sobbed. "My wife made it out of the window and thank God that my children went out to the store 10 minutes earlier. Thank God. That thing crashed into their room."

He paused and wrapped his fingers around the back of his head.

"They could have been dead," he said and again doubled down in sobs. 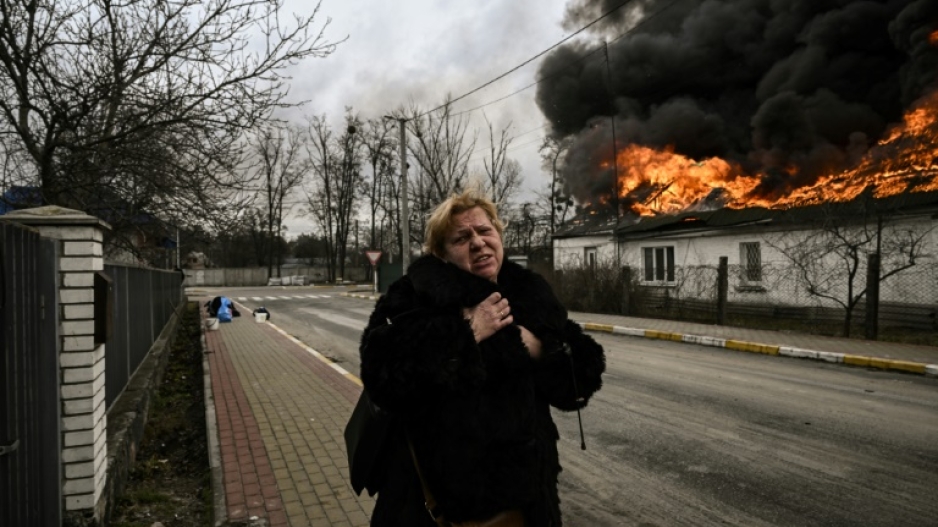 The second week of Russia's assault on Ukraine has seen increasingly deadly and apparently indiscriminate attacks on residential neighbourhoods such as those in Sboromyrskiy's town of Irpin.

Thick plumes of black smoke towered over swathes of Kyiv's northwestern outskirts on a day of nearly uninterrupted Russian shelling.

The locals are both frightened and puzzled.

It is unclear how the Russians intend to invade the city from this front because Ukraine took the drastic step of blowing up the bridges running along Kyiv's western edge to keep the invaders out.

Irpin residents said some Russian tanks rolled through on Thursday night and blew apart a storage facility used by the US cosmetics producer Mary Kay.

"I don't know what the tanks are doing because they can't cross the river into Kyiv," local security guard Vasyl Prikhodko said.

"They are shooting at things. Then they are rolling back. Maybe they are just trying to scare us," the 47-year-old said. 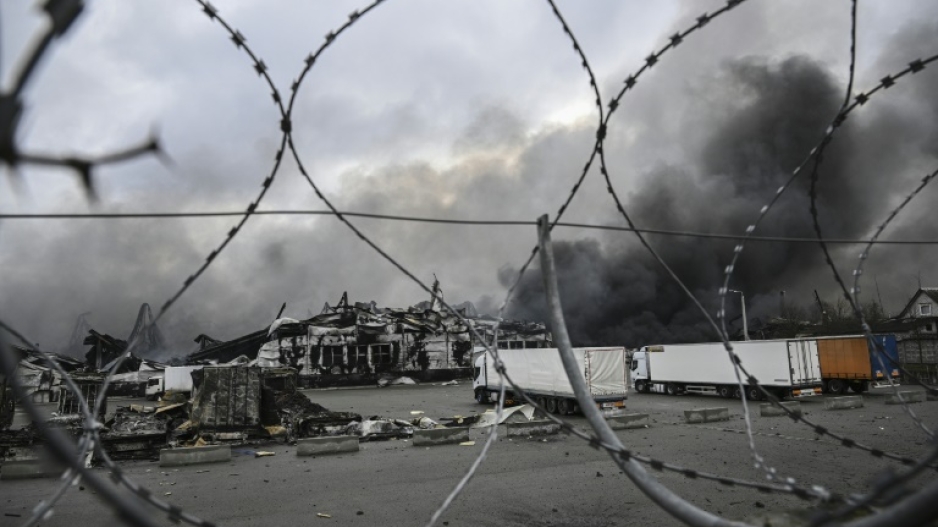 Irpin's neighbouring flashpoint town of Bucha has turned into a graveyard for Russian armoured vehicles that tried to push into Kyiv last week.

An entire street of the deserted and partially destroyed town is filled with the burnt out remains of tanks and other armoured vehicles marked with a distinct white "V" denoting their grouping in the Russian strategy.

The same sign was spotted on Russian military hardware engaged in weeks of war games along the Ukrainian border in Belarus last month.

Three men knelt on the ground with their hands up while Ukrainian soldiers pointed their Kalashnikovs at their chest at the main checkpoint between Bucha and Irpin.

Ukrainians soldiers had been scouring the region's woods and fields for Russian saboteurs who could try to infiltrate the city in civilian clothing.

Some elderly people crouched near a low wall a few feet away to hide from the shells and missiles whistling overhead.

Their bodies were framed by the charred remains of a shattered house and a partially destroyed highrise apartment in the distance. 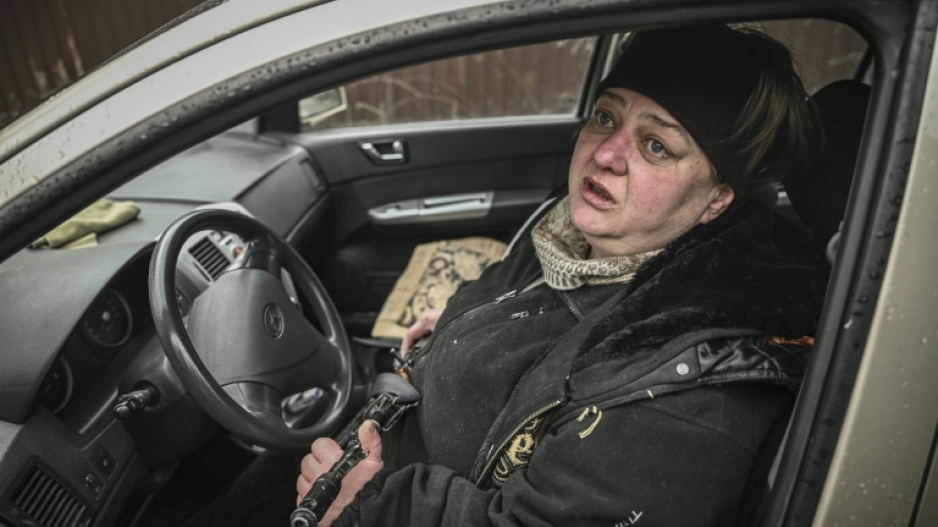 Pension er Viktor Pobedniy walked the dirt roads of the neighbouring town of Stayanka looking up at the burning sky and wondering when the foreign pledges of support for Ukraine could turn into something that makes his life a little bit safer.

"They've placed so many sanctions on Russia and nothing is working," the former navy officer said.

"They need to say that if this war does not end, NATO forces will enter to stabilise the situation in Ukraine. It can't go on like this anymore."

Oksana Surinova was taking matters into her own hands.

The 52-year-old picked up an assault rifle from the passenger seat of her car and pointed it out of her window.

"I need to defend my motherland," she said. "Everyone who is still here, we are all going to stay until the end, and I hope that we all survive this."