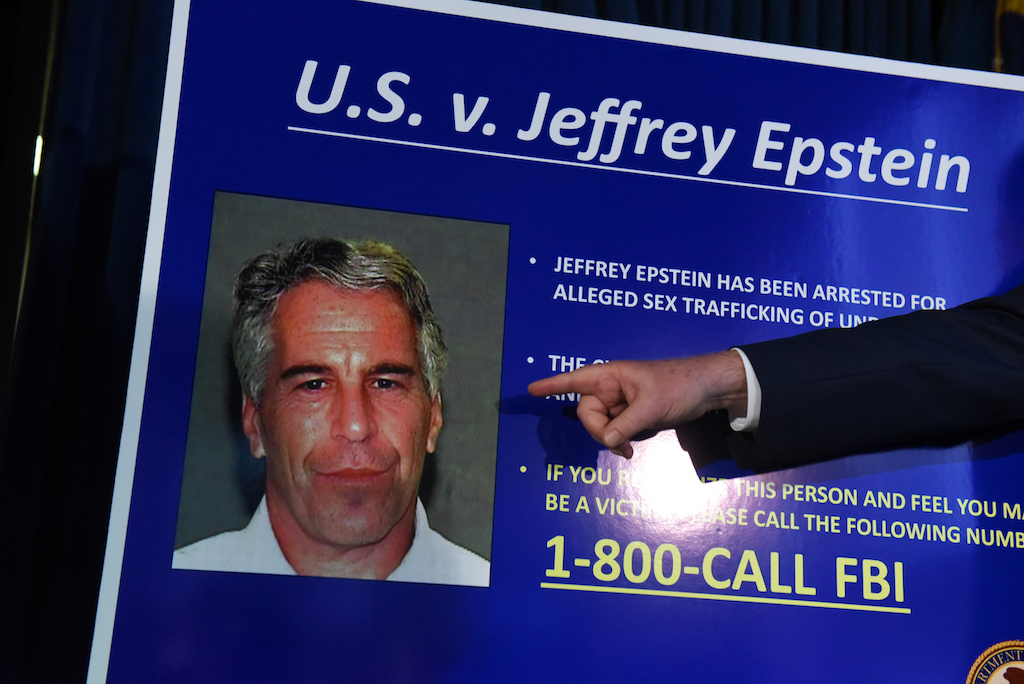 Jeffrey Epstein was found dead in his cell while awaiting trial on federal charges he trafficked underage girls for sex.

NEW YORK - Outrage and intrigue over the apparent suicide in prison of well-connected accused sex trafficker Jeffrey Epstein soared as US lawmakers pushed for answers, including whether "criminal acts" played a role in his death.

Epstein, a convicted paedophile who hobnobbed with countless politicians and celebrities over the years, was found dead in his cell while awaiting trial on federal charges he trafficked underage girls for sex.

His death in a high-security New York jail, an apparent suicide that came just weeks after an earlier possible attempt on his own life, meant he should have been under close watch and has fueled anger and a conspiracy theory frenzy.

"It is a shame that he committed suicide," she told CBS's "Face the Nation."

New York's chief medical examiner Barbara Sampson said on Sunday that an autopsy had been completed, but the determination of the cause of death was "pending further information at this time."

US Attorney General Bill Barr has instructed the Justice Department's inspector general to probe Epstein's death, saying it "raises serious questions that must be answered."

The FBI is also investigating.

Prosecutors said Epstein sexually exploited dozens of underage teens, some as young as 14, at his homes in Manhattan and Palm Beach, Florida, between 2002 and 2005.

Epstein denied the charges and faced up to 45 years in prison if convicted.

Last month, Epstein was found unconscious with marks on his neck after a possible suicide attempt.

Epstein -- whose friends included Donald Trump, former president Bill Clinton and Britain's Prince Andrew -- had been convicted in 2008 in a Florida state court of paying young girls for sexual massages at his Palm Beach mansion.

Those men have all denied knowing anything about Epstein's alleged crimes.

Trump weighed in on Saturday, retweeting a conspiracy theory alleging -- without any evidence whatsoever -- that Bill Clinton may be connected to Epstein's death.