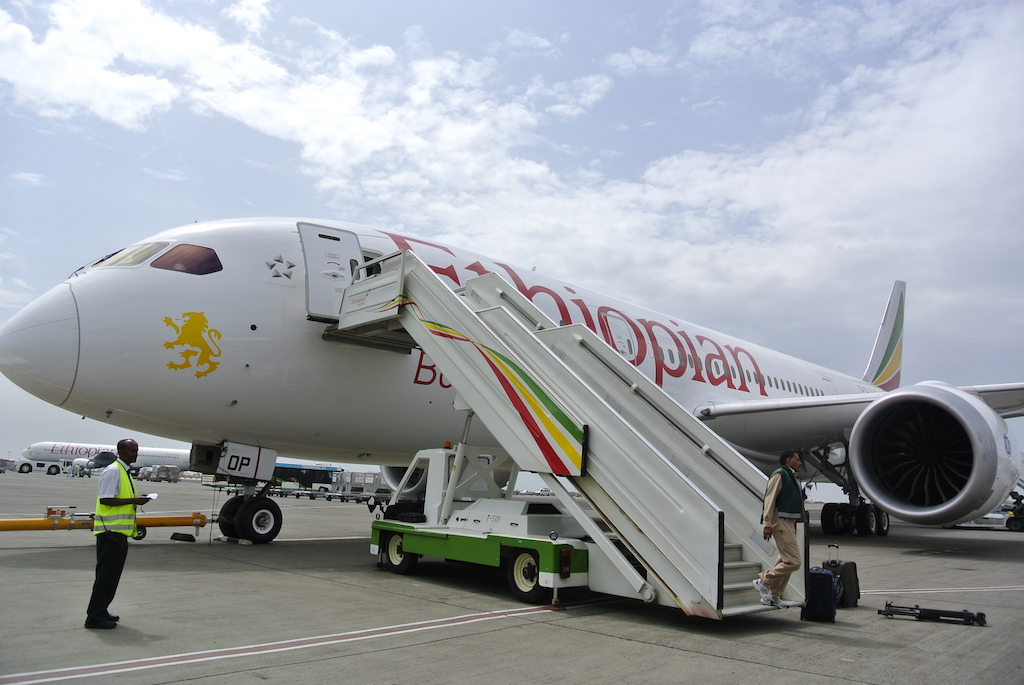 File: Ethiopian Airlines has a fleet of four 737 MAX 8 jets, not counting the one that crashed on Sunday, according to flight tracking website FlightRadar24.

ADDIS ABABA - Ethiopian Airlines has grounded its Boeing Co 737 MAX 8 fleet until further notice, the airline said on its Twitter account on Monday, a day after a crash killed all 157 people on board one of its planes of the same type.

"Although we don't yet know the cause of the crash, we had to decide to ground the particular fleet as extra safety precaution," the airline said.

Ethiopian Airlines has a fleet of four 737 MAX 8 jets, not counting the one that crashed on Sunday, according to flight tracking website FlightRadar24.

China on Monday ordered its airlines to suspend operations of their 737 MAX 8 jets by 6pm following the crash in Ethiopia, the second of a Boeing 737 MAX jet since one operated by Indonesia's Lion Air crashed in October.

Boeing Co said on Sunday it will postpone the planned ceremonial debut of its 777X widebody aircraft after the crash.

A Boeing spokesman said there was no delay to the 777X programme.

Boeing said that after the crash of the Ethiopian Airlines Boeing 737 Max 8 it is focused on "supporting" the airline and would not proceed with Wednesday's planned debut of the 777X in Seattle.

"We will look for an opportunity to mark the new plane with the world in the near future," the company said.

Other News on Ethiopian Airlines Crash