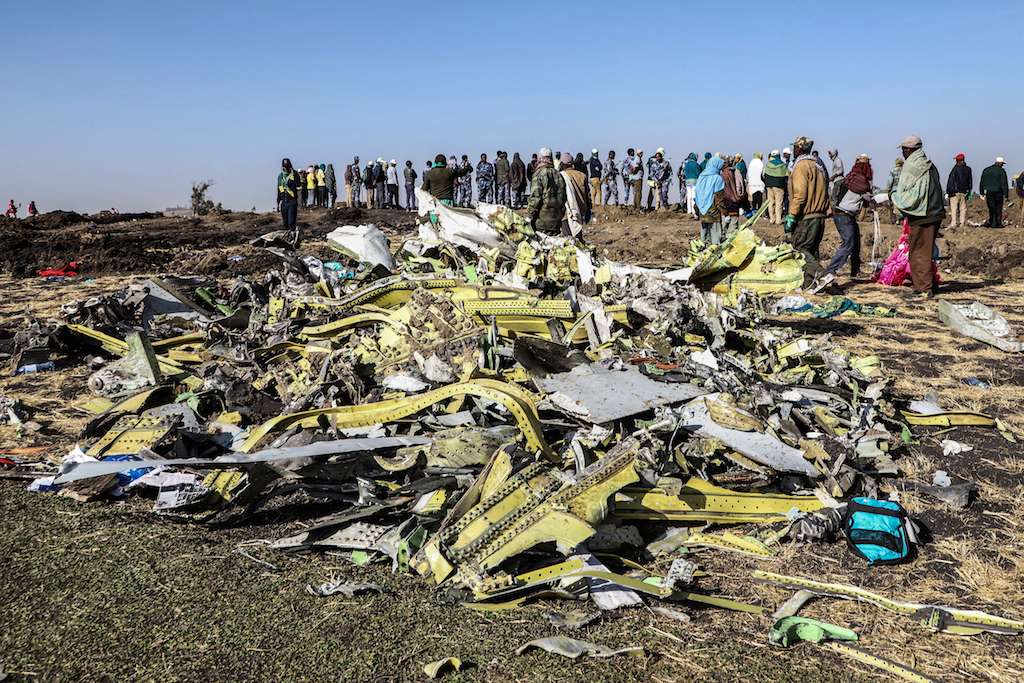 People stand near collected debris at the crash site of Ethiopia Airlines near Bishoftu, a town some 60 kilometres southeast of Addis Ababa.

LONDON - A US politician who blamed pilot error for contributing to the deadly crash of a Boeing 737 Max flown by Ethiopian Airlines was "seriously misinformed", the carrier's boss has said.

Republican Sam Graves told a House of Representatives hearing last month that "facts" in investigations after crashes in both Ethiopia and Indonesia "reveal pilot error as a factor in these tragically fatal accidents".

He also said "pilots trained in the United States would have successfully handled the situation" in both incidents.

But in a BBC interview aired on Monday, Ethiopian Airlines chief executive Tewolde GebreMariam said criticisms of his crew's actions were "seriously misinformed", and that Graves did not "have the facts in his hands".

"People who've made those comments should ask themselves, 'Why on earth have they grounded 380 airplanes over the world?' The facts speak for themselves," he said.

The 737 MAX 8 is currently grounded worldwide after the March crash of Ethiopian Airlines Flight 302, which killed all 157 people onboard and drew scrutiny to the new Boeing model's anti-stall system.

Pilots were already worried about the safety of the model following the October 2018 crash in Indonesia of a Lion Air 737 MAX 8 that killed 189 people.

Boeing is working to submit a modified version of the aircraft's software and hopes to get the approval of the US Federal Aviation Administration (FAA) and its counterparts throughout the world.

But aviation regulators meeting last month were unable to determine when the popular jet might again be allowed to fly, causing costly headaches for airlines worldwide.

Revelations of close ties between Boeing and the FAA in testing the MAX led to a crisis of confidence among the public and airline pilots, as well as some of the other agencies that regulate civil aviation.

"We have work to do to win and regain the trust of the public," Boeing CEO Dennis Muilenburg conceded at the Paris Air Show on Sunday.