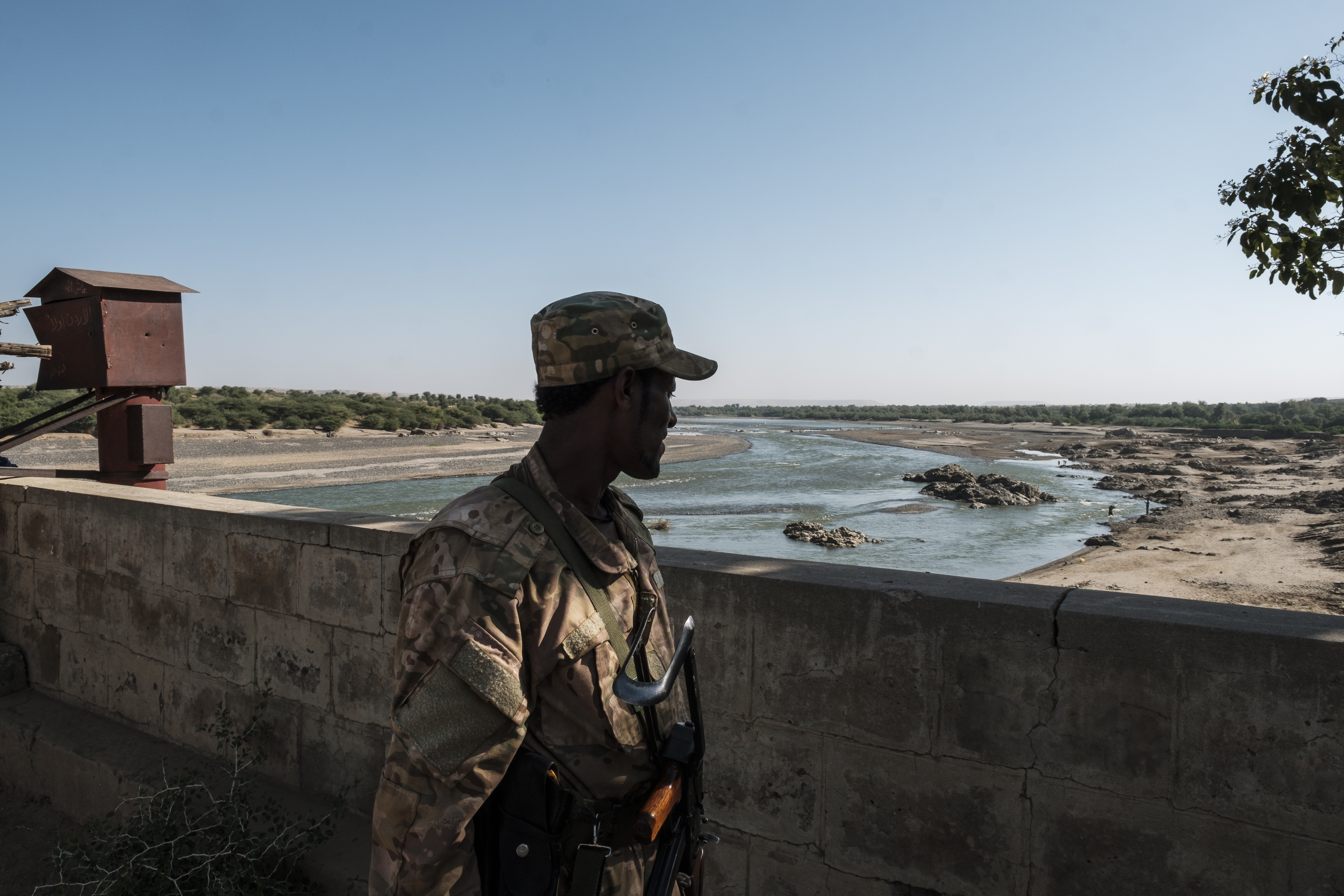 ADDIS ABABA - Prime Minister Abiy Ahmed on Wednesday said he rejected international "interference" in Ethiopia's affairs, hours before a deadline for Tigray's rebellious leaders to surrender or face an assault on their capital.

Abiy, the winner of last year's Nobel Prize, late Sunday gave the Tigray People's Liberation Front (TPLF) 72 hours to surrender -- an ultimatum rejected by the leader of the dissident northern region, who has said his people are "ready to die" for their homeland.

As the clock ticked down, the UN Security Council held its first meeting on the three-week old crisis, with particular concern for civilians in the regional capital Mekele.

Ethiopian forces say they are encircling the city with tanks ahead of an assault on the TPLF, and have urged its half million residents to leave.

Rights groups have warned that attacking the city could constitute a war crime. The UN, US, EU and others have urged restraint, and called for an immediate halt to hostilities.

Abiy has resisted calls for mediation and insists the "law enforcement operation" against the TPLF is entering its decisive final stage.

In a statement Wednesday, he said Ethiopia appreciated the concern but stressed his government was "very much capable" of resolving the matter on its own.

"While we consider the concerns and advice of our friends, we reject any interference in our internal affairs," Abiy said.

"We therefore respectfully urge the international community to refrain from any unwelcome and unlawful acts of interference and respect the fundamental principles of non-intervention under international law."

A spokesman for an Ethiopian committee handling the conflict said Monday the government would meet the envoys "as a matter of respect" but flatly ruled out negotiations with the TPLF.

"I'm deeply concerned about the risk of violence against civilians, including potential war crimes, in the fighting around Mekele in Ethiopia. Civilians must be protected and humanitarian access must be opened," Sullivan posted on Twitter.

Fighting between the Ethiopian army and Tigrayan forces has raged since November 4, when Abiy ordered a military response to what he said were TPLF attacks on federal military camps.

More than 40,000 refugees have fled the violence into eastern Sudan, and rockets have fallen on the Eritrean capital Asmara and Ethiopian cities outside Tigray, spurring fears the conflict could widen.

Hundreds have reportedly been killed, including at least 600 civilians that Ethiopia's rights watchdog says were massacred in the town of Mai-Kadra.

Tigray remains under a communications blackout and media access to the region has been restricted, making independent verification of claims from both sides difficult.

The government said Tuesday that Tigrayan troops were surrendering, while the TPLF claimed to have routed an army battalion.

The TPLF led the overthrow of Ethiopia's military Derg regime in 1991 and dominated the country's politics until Abiy became prime minister in 2018.

Since then, TPLF leaders have complained of being sidelined by Abiy and blamed for the country's woes, and tensions have festered between the regional leadership and the federal government in Addis Ababa.