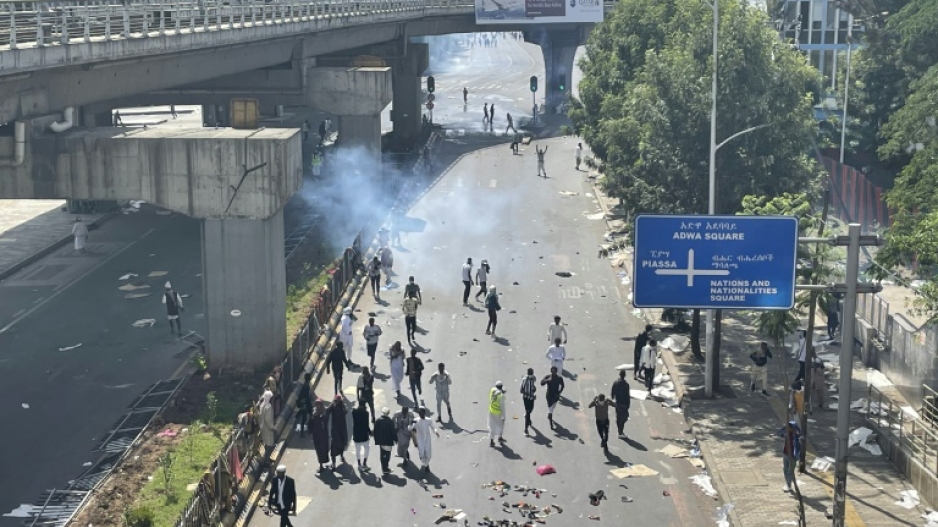 The clashes occurred during prayers to mark the end of Ramadan

The incident occurred outside the  international stadium in the heart of the capital, where prayers were scheduled to celebrate the Eid al-Fitr holiday at the end of the Muslim holy month.

Unable to gain access because the stadium was full, some worshippers began to pray outside, in Meskel Square.

A member of the Addis Ababa High Council of Islamic Affairs told AFP that the cause of the confrontation was unclear.

A policeman fired tear gas at the crowd but "it was unintentional," the official said, quoting volunteers at the site.

"The policeman was evacuated by other policemen, but people were shocked and some started to chant slogans... the situation became uncontrollable."

Addis police issued a statement saying "a riot" had been caused by a "few individuals" and led to property damage, but order had now been restored.

"Police are calling on the community to remain calm," it said, adding that it would inform the public later about the cause of the disturbance.

At least 20 people were killed last month in Gondar, a town in the northwestern region of Amhara, when Muslims were attacked by heavily-armed "extremist Christians," an Islamic group there says. 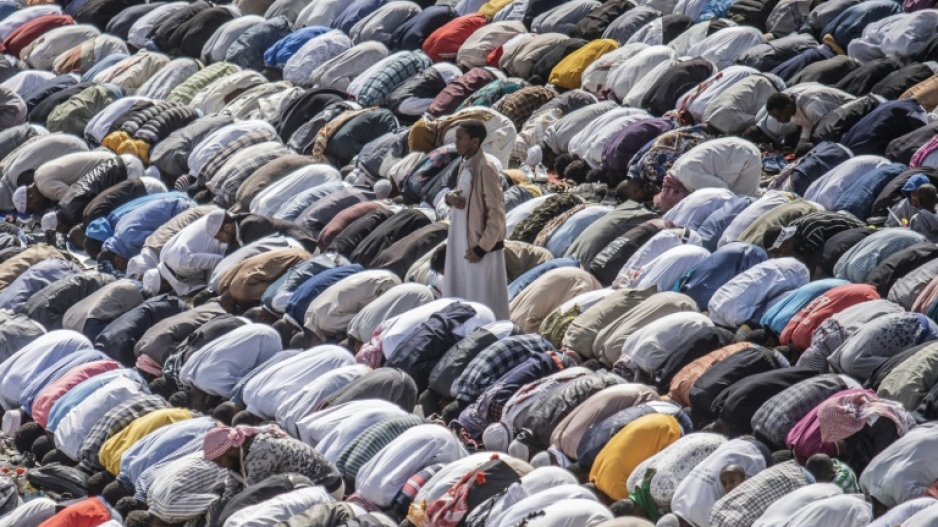 The Addis Islamic official told AFP that Eid al-Fitr prayers had taken place in Addis every year since the end of the Marxist-military Derg regime in 1991.

"This is the first time such incidents happen," the official said, adding that the Muslims attending the ceremonies were unarmed, as everyone was searched by police before they entered the venue.

"Muslims want this festival to pass in peace," the official said.

A country with a large mix of ethnicities, Ethiopia is majority Christian -- of whom the most numerous are members of the Orthodox church -- while around 30 percent of the population are Muslim.