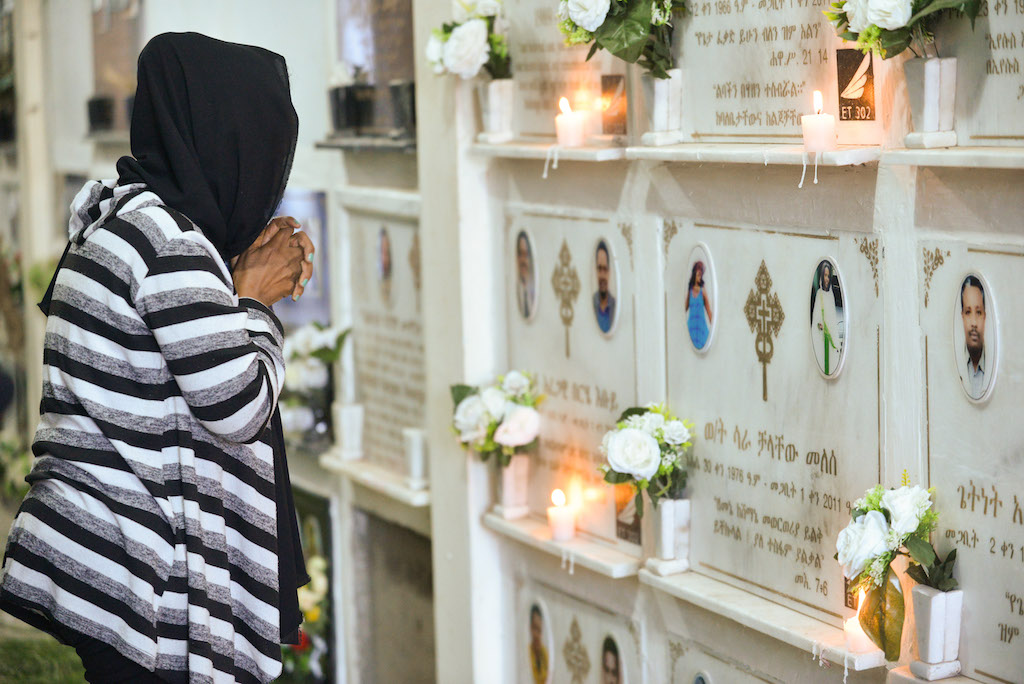 Family and friends mourn their beloved at the cemetery of victims of Ethiopian Airlines Flight 302 during the commemoration of the first year anniversary.

TULU FARA - Hundreds gathered on Sunday at the site where Ethiopian Airlines Flight 302 crashed last March, killing all 157 on board, for a ceremony symbolising the country's emergence from a year-long period of mourning.

The crash of the Nairobi-bound Boeing 737 MAX six minutes after takeoff on 10 March 2019, triggered the global grounding of the MAX and the worst crisis in Boeing's history.

The traditional ceremony of the Oromo ethnic group -- Ethiopia's largest -- involved prayers, songs and offerings to the dead.

READ: After Ethiopia crash, victims’ relatives say they were hounded by US law firms

It took place near the field southeast of the capital, Addis Ababa, where the plane came down. Most of those attending came from villages near the crash site in the Oromia region, where the Oromo are concentrated.

Those killed in the disaster came from more than 30 countries.

But Shifaraw Hinsermu, who coordinated Sunday's ceremony, said residents of nearby villages felt compelled to honour them, even if they didn't know them personally.

"We believe human beings are created by God. God creates all equally. That's why the Oromo people give respect to all humanity," Shifaraw said.

"They don't know anyone from the 157 deceased. They only know that they are human."

Back in the capital, families of Ethiopian victims attended a prayer service at Holy Trinity Cathedral.

And the loved ones of foreign victims began arriving in Ethiopia ahead of a private ceremony at the crash site planned for Tuesday.

It is unclear what kind of permanent memorial might be constructed at the site.

Ethiopian Airlines originally intended to use the anniversary to announce the winner of a design competition for a memorial, but the plan drew pushback from some victims' families who objected to what they perceived as a rushed timeline.