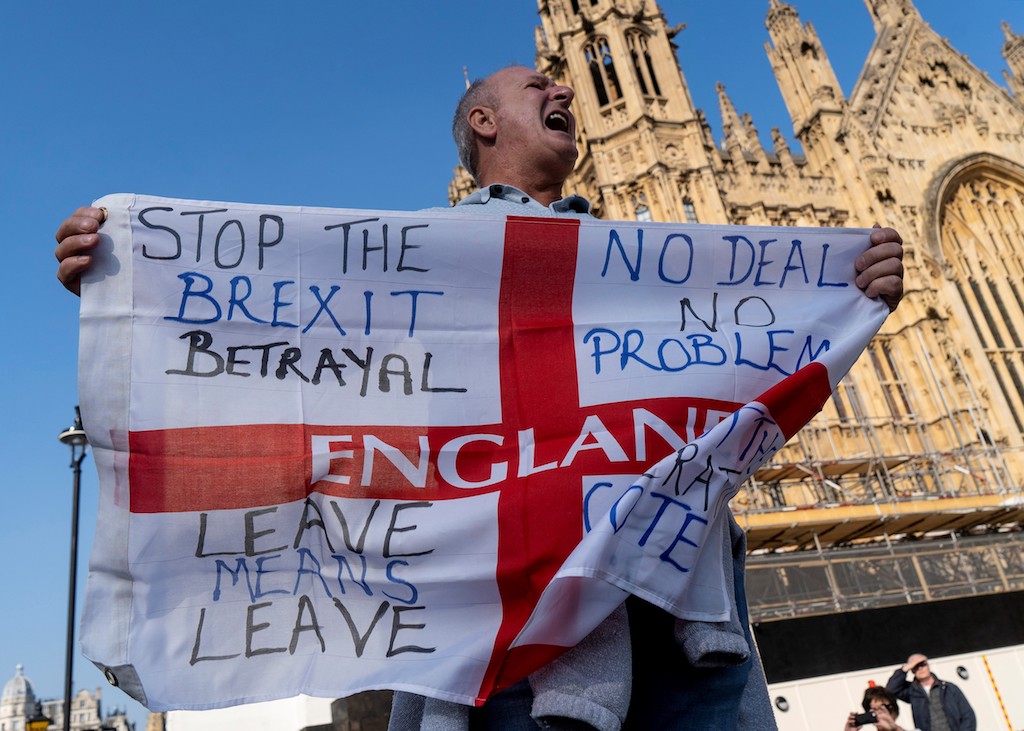 File: Pro-Brexit activists demonstrate near the Houses of Parliament in central London.

BRITAIN - The European Union and Britain on Thursday struck a post-Brexit trade deal to cushion the economic blow of the UK's imminent departure from the single market after 10 months of tortuous negotiations.

"We have finally found an agreement," said the president of the European Commission Ursula von der Leyen.

"It was a long and winding road, but we have a good deal at the end of it," she said. "The single market will be fair and remain so."

Britain formally left the EU in January after a deeply divisive referendum in 2016, the first country to split from the political and economic project that was born as the continent rebuilt in the aftermath of World War II.

London remains bound by the EU's rules during a transition period that runs until midnight on December 31, when the UK will leave the the bloc's single market and customs union.

The final 2,000-page agreement was held up by last-minutre wrangling over fishing as both sides haggled over the access EU fisherman will get to Britain's waters after the end of the year.

Following the announcement of the political accord, von der Leyen's Commission will send the text to the EU member states.

They are expected to take two or three days to analyse the agreement and decide whether to approve its provisional implementation.

The UK parliament will also have to interrupt its end of year holidays to vote on the deal before the December 31 cut-off.

Once it is signed off and the text published in the EU's official journal it will go into effect on January 1 when Britain has left the bloc's single market.

The European Parliament will then have a chance to retrospectively approve the deal, at some point in 2021, EU officials said.