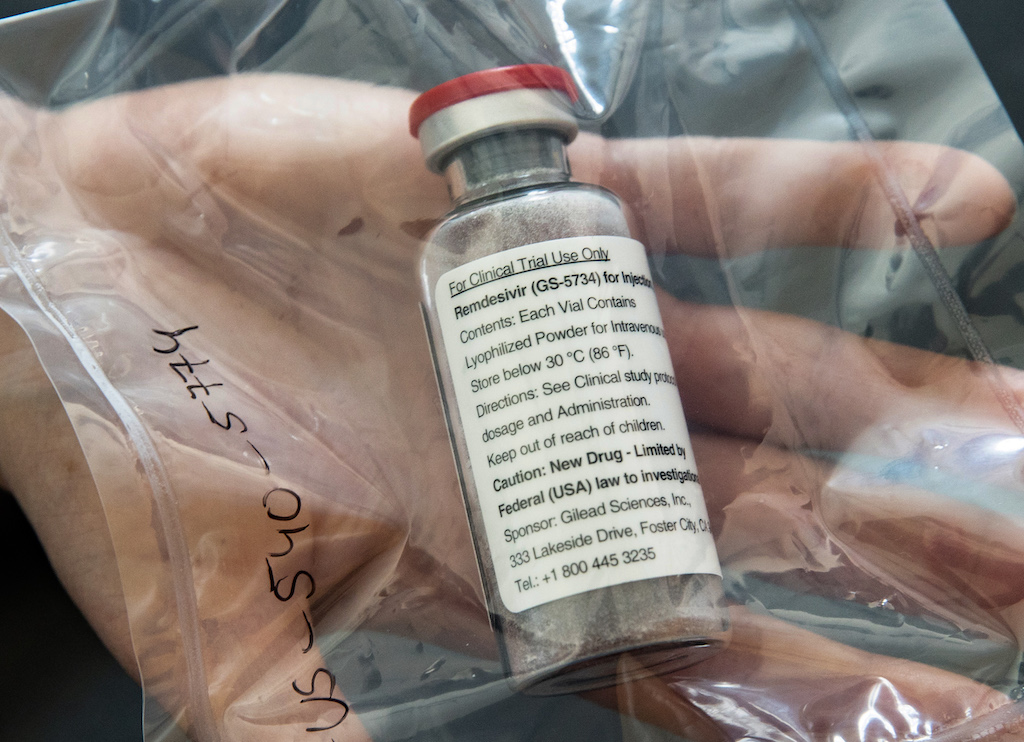 In this file photo taken on April 8, 2020 one vial of the drug Remdesivir lies during a press conference about the start of a study with the Ebola drug Remdesivir in particularly severely ill patients at the University Hospital Eppendorf (UKE) in Hamburg, northern Germany, amidst the new coronavirus COVID-19 pandemic.

BRUSSELS - The European Union's executive said on Wednesday it had agreed to buy a limited supply of the COVID-19 medicine remdesivir from US drugmaker Gilead to address the short-term needs of European patients, and hoped to be able to order more later.

The anti-viral is the only drug so far authorised in the EU to treat patients with severe symptoms of COVID-19, but nearly all available supplies have already been bought by the United States.

The EU Commission has agreed to pay 63 million euros (R1,2-billion) to buy enough doses to treat about 30,000 patients, it said in a statement.

The United States signed a deal with Gilead in June for more than 500,000 courses of treatment, which accounts for most of the company's output through September.

The price paid by the EU appears to be in line with exchange rates at the end of June when Gilead set a $2,340 price per patient for wealthier nations, although most patients in the United States are being charged a higher rate.

"This agreement is consistent with the previously announced pricing," Gilead said in a statement.

"This contract uses an average cost per dose of 345 euros," an EU spokesman told Reuters, for a total of six doses per patient.

COVID-19 vaccine: The challenges of running a trial in the middle of a pandemic

He added that the price agreed was valid "for the period of restricted supply access to the company," signalling that it could change later in the year.

The Commission said this batch would address "just immediate needs", and that it was already working to secure new doses from October.

Most European countries have passed the peak of the COVID-19 pandemic but a new wave of infections in recent days has pushed countries to reintroduce restrictions.

While the number of hospitalisations is on the rise in Europe, they remain far below the height of the outbreak in March and April, when many hospitals were overwhelmed.