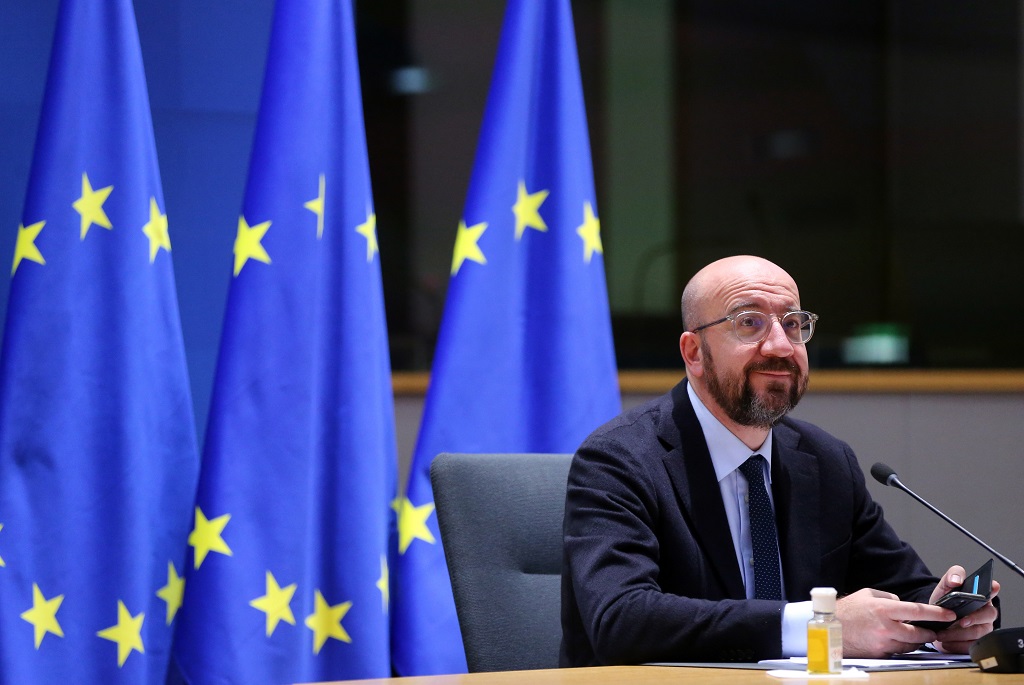 European Council President Charles Michel attends a video conference with French President ahead of the upcoming EU summit, in Brussels, on December 3, 2020. The summit will take place on December 10, 2020. AFP/François Walschaerts

Michel congratulated EU negotiator Michel Barnier on keeping member states informed of his progress in London, and added: "And so until the last minute, the last second of the procedure, we will guarantee that unity amongst ourselves."

The UK left the European Union on January 31 and its post-Brexit transition period stretches until the end of this month when it leaves the EU single market.

Barnier is engaged in intense discussions in London with his UK counterpart David Frost on a trade deal to govern cross-Channel business ties from next year.

But European officials fear that if an accord is not found within days there will be no time for the member states or the European Parliament to ratify it.

Some EU members -- notably France and the Netherlands, whose boats fish in UK waters -- are now concerned that Barnier and the European Commission will give too much ground in the final hours of talks.

"If there's a deal that isn't a good one, we'd oppose it," France's minister for Europe Clement Beaune told Europe 1 radio, adding that "every country has the right to veto".

He said France would evaluate any accord itself, adding: "We owe it to the French public and we owe it to the fishermen and the other economic sectors."