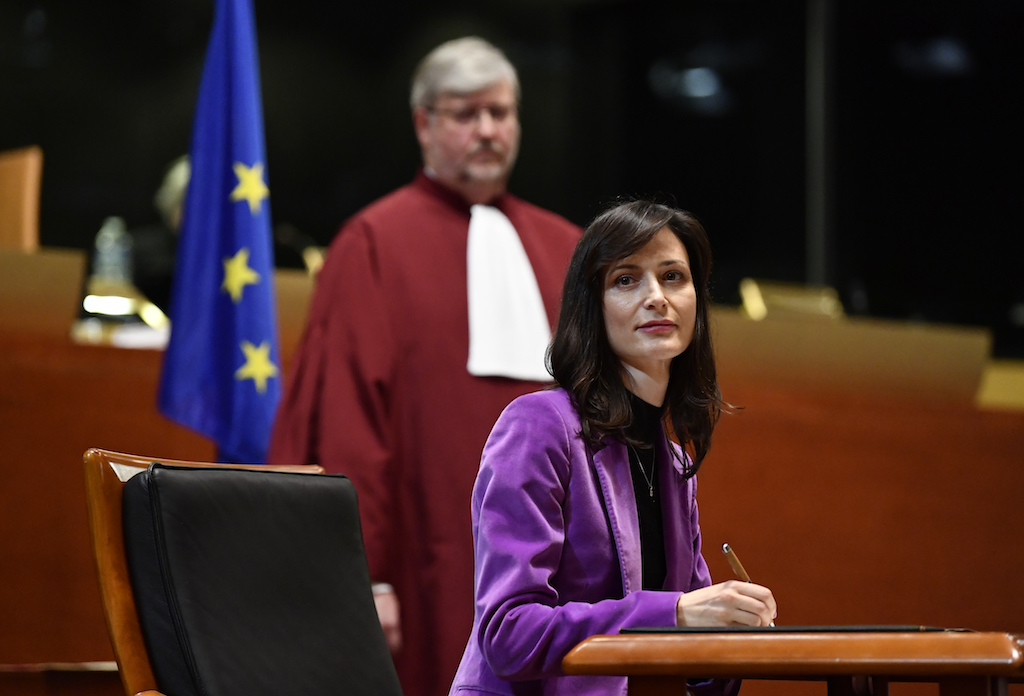 Mariya Gabriel takes the oath of office, on January 13, 2020, at the Court of Justice of the European Union in Luxembourg.

BRUSSELS - , Mariya Gabriel has tested positive for COVID-19, she said Saturday, the first top Brussels official known to have caught the coronavirus.

Gabriel, the EU commissioner for research and innovation, had already announced on Monday that she would self-isolate after a member of her team tested positive for the virus.

"After a first negative #COVID19 test on Monday, my second one is positive," said Gabriel, who is Bulgaria's representative to the 27-member EU executive.

"I have been in self-isolation since Monday and continue staying at home, following the established regulations. Keep yourself healthy and stay safe!" she said.

READ: Coronavirus: WHO calls on Europe to act decisively to stop infections

The EU Commission is headquartered in the Belgian capital of Brussels, which is currently one of the worst-hit cities in Europe by the virus, along with Madrid and Paris.

The commission's president Ursula von der Leyen on Monday briefly went into self-isolation after a close contact with a positive case, but her two tests came back negative.

Last month the president of the European Council, Charles Michel, was forced to postpone a European leaders' summit for a week after a security guard in his team tested positive.