EU to decide on new COVID jab as Omicron rages

Israel is mulling banning travel to the US

LONDON - The EU's drug regulator was set to decide on Monday whether to approve a fifth COVID jab as the US warned of a bleak winter with the Omicron variant spurring new waves of infections globally.

Since it was first reported in South Africa in November, Omicron has been identified in dozens of countries, prompting many to reimpose travel restrictions and other measures.

Despite indications, it is not more severe than the Delta variant - still the dominant strain - Omicron has been shown in early data to have higher transmissibility and a worrying resistance to vaccines.

Coronavirus has killed over 5.3 million people since the outbreak emerged in China in December 2019, according to a tally from official sources compiled by AFP.

The UK reported 82,886 cases on Sunday as the new variant rages, with the highest number of infections in London. 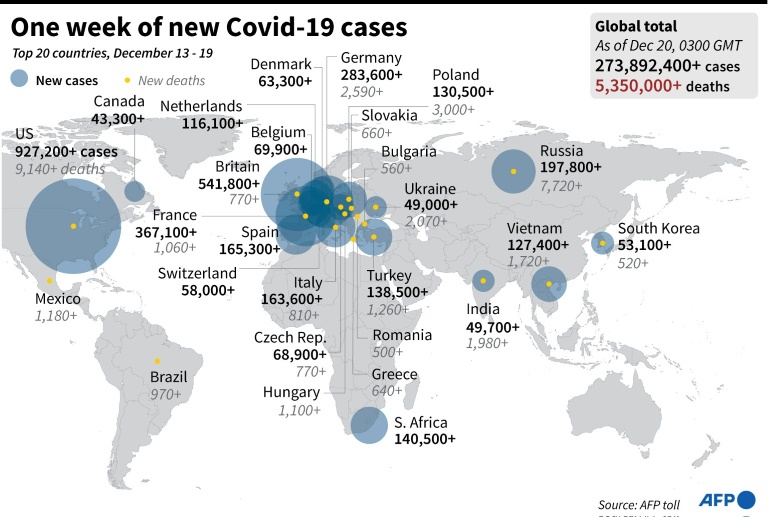 The European Medicines Agency (EMA) said its human medicines committee would hold an extraordinary meeting to decide on Novavax on Monday, and "will communicate the outcome".

Novavax, which uses a more conventional technology that the US biotech firm hopes will reduce vaccine hesitancy, would be the fifth coronavirus shot authorised for the European Union.

The EU has already signed a deal to buy up to 200 million doses of the two-shot vaccine pending approval by the Amsterdam-based watchdog.

Top US pandemic adviser Anthony Fauci meanwhile warned of tough times ahead with stretched hospitals and over-optimism about the apparent reduced severity of Omicron.

'Raging through the world'

"One thing that's very clear... is (Omicron's) extraordinary capability of spreading," Fauci told NBC News. "It is just... raging through the world."

Noting that in South Africa, while the hospitalisation-to-case ratio is lower than with Delta, this could be due to underlying immunity from widespread previous infections. 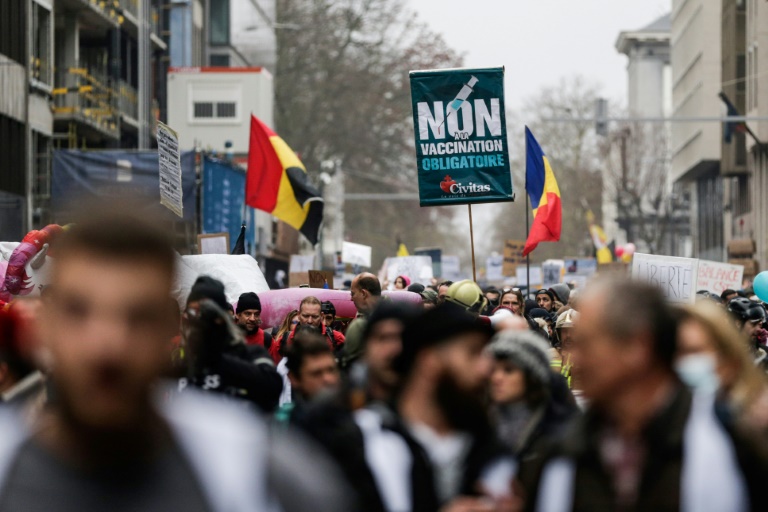 "No matter how you look at it," he said, "when you have so many, many infections, even if it is less severe, that overcomes this slight to moderate diminution in severity."

"Our hospitals, if things look like they're looking now in the next week or two, are going to be very stressed," particularly in areas of the country with low levels of vaccination, Fauci said.

While a little more than 70 percent of the US population has had at least one shot, according to the Centers for Disease Control and Prevention, another 50 million eligible people remain unprotected, Fauci said.

"With Omicron... it is going to be a tough few weeks to months as we get deeper into the winter," he added.

Omicron now accounts for around three percent of cases in the United States, a figure that is expected to rise rapidly as has been seen in other countries.

In Germany, which has tightened restrictions notably affecting the unvaccinated - who are barred from most public places - needs fresh measures urgently, a government advisory group said. 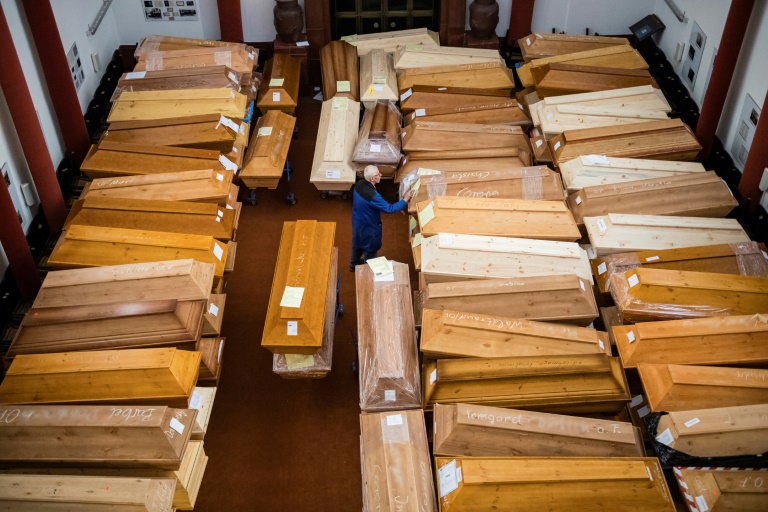 An employee moves coffins, some marked with "infection risk" as others have "corona" scrawled in chalk, in the mourning hall of the crematorium in Meissen, eastern Germany

"If the spread of the Omicron variant in Germany continues as it has done so far, a significant part of the population will fall sick and/or will go into quarantine simultaneously," a report by the 19-member panel said.

The report did not raise the spectre of a new lockdown, but urged "strong reductions in contacts" within the populace in "the coming days".

The Netherlands has imposed a Christmas lockdown and EU chief Ursula von der Leyen has warned that the Omicron variant could be dominant in Europe by mid-January.

One of the main problems in the fight against the pandemic is the yawning chasm in vaccinations between developed and poorer countries, notably in Africa, the world's poorest continent. 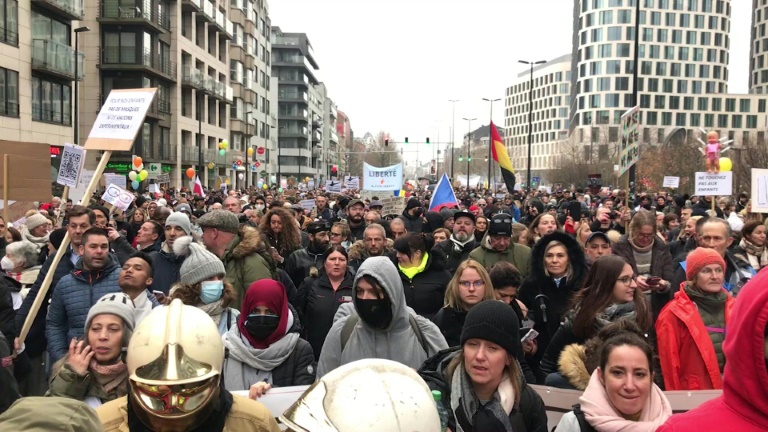 The Novavax vaccine does not have to be stored in ultra-low temperatures, potentially giving it a logistical edge over some other jabs.