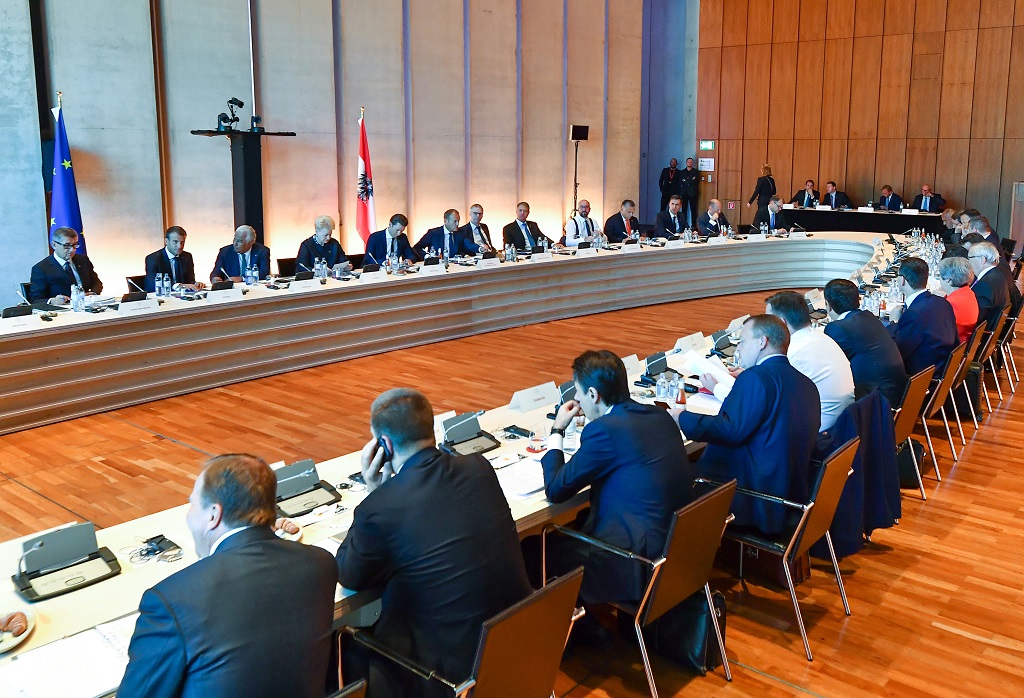 General view taken prior to the start of a plenary session at the Mozarteum University during the EU Informal Summit of Heads of State or Government in Salzburg, Austria, on September 20, 2018.

ROMANIA - European leaders revealed a broad-brush statement of principles to guide them into the post-Brexit future on Thursday, promising a "new Union at 27 ready to embrace its future as one."

Britain, the missing 28th EU member, has yet to complete its divorce from the bloc but the other leaders were determined that their summit in the Romanian town of Sibiu would set a five-year agenda for the future.

READ: May pushes for Brexit deal with new timetable

With European Parliamentary elections due in just over two weeks and a new EU leadership team to be named before he end of the year, the 27 leaders did not make detailed commitments.

But "The Sibiu Declaration" underlined their joint commitment that Britain's departure would not trigger a rush for the exits.

- We will defend one Europe, from East to West, from North to South

- We will stay united, through thick and thin

- We will always look for joint solutions

- We will continue to protect our way of life, democracy and the rule of law

- We will deliver where it matters most

- We will always uphold the principle of fairness

- We will give ourselves the means to match our ambitions

- We will safeguard the future for the next generations of Europeans

- We will protect our citizens and keep them safe

- Europe will be a responsible global leader

After issuing the declaration, the leaders began talks on a second document that will not be finalised in Sibiu but will represent a more detailed strategic agenda.

Donald Tusk, president of the European Council of leaders, was also expected to lay down the procedures for choosing the next head of the EU Commission after the parliamentary vote.