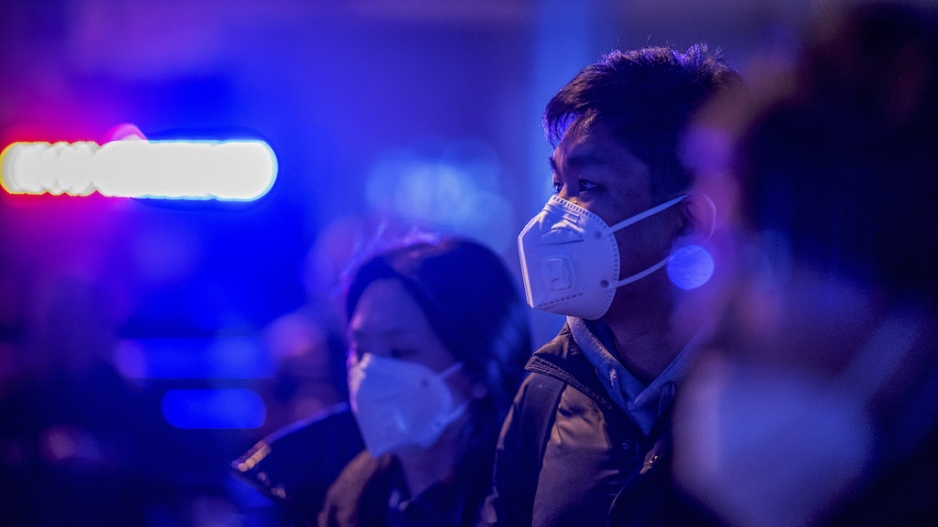 People wearing protective masks walk outside Beijing railway station in Beijing on January 22, 2020. A new virus that has killed nine people, infected hundreds and reached the United States could mutate and spread, China warned on January 22, as authorities urged people to steer clear of the city at the heart of the outbreak.

LONDON - European airports from London to Moscow stepped up checks on Wednesday on flights from the Chinese city at the heart of a new SARS-like virus that has killed 17 people and spread to the United States.

Britain advised against "all but essential travel" to Wuhan -- the central China city from where the virus spread -- while European health authorities put the threat of the virus spreading to "moderate".

The coronavirus has sparked alarm because of its similarity to the outbreak of SARS (Severe Acute Respiratory Syndrome) that killed nearly 650 people across mainland China and Hong Kong in 2002-03.

The new virus emerged on the eve of the Lunar New Year holiday during which hundreds of million travel across China to meet up with their families.

"The upcoming Chinese New Year celebrations at the end of January will cause an increased travel volume to/from China and within China, hence increasing the likelihood of arrival in the EU of possible cases," the European Centre for Disease and Prevention and Control (ECDC) said in a statement.

"There is considerable uncertainty about the mortality and morbidity of this disease, and more epidemiological data is urgently needed to get a better understanding of this virus."

Public Health England also raised the risk level of an infection from "very low" to "low" because of the potential for human-to-human transmission.

The measures could be expanded to "other Chinese departure points if necessary", it said.

The United States on Tuesday confirmed its first case of a person with the new virus. European countries have registered no cases to date.

Italy's health ministry said it would introduce temperature checks for passengers arriving on the next scheduled direct arrival from Wuhan to Rome's Fiumicino airport.

The airport has three direct flights a week with Wuhan.

Russia's health and sanitation watchdog strengthened checks at airports and other border crossings from its giant southern neighbour.

Romanian health authorities said their measures would start on Thursday.

French Health Minister Agnes Buzyn said authorities were monitoring the situation but not following countries such as Russia, which has put up posters telling passengers what to do in case of symptoms.

Such measures are not recommended by the World Health Organization (WHO), Buzyn said, and are "not very effective".

A WHO spokesman said Tuesday that "based on currently available information, there is no justification for any restriction of travel or trade".

Health authorities in Germany and countries across Scandinavia said they had also refrained from taking any measures at airports.

Nigeria became the first African country to step up checks on Wednesday. Health officials at Lagos airport checked arriving passengers for possible symptoms and quizzed them about their travel itineraries.