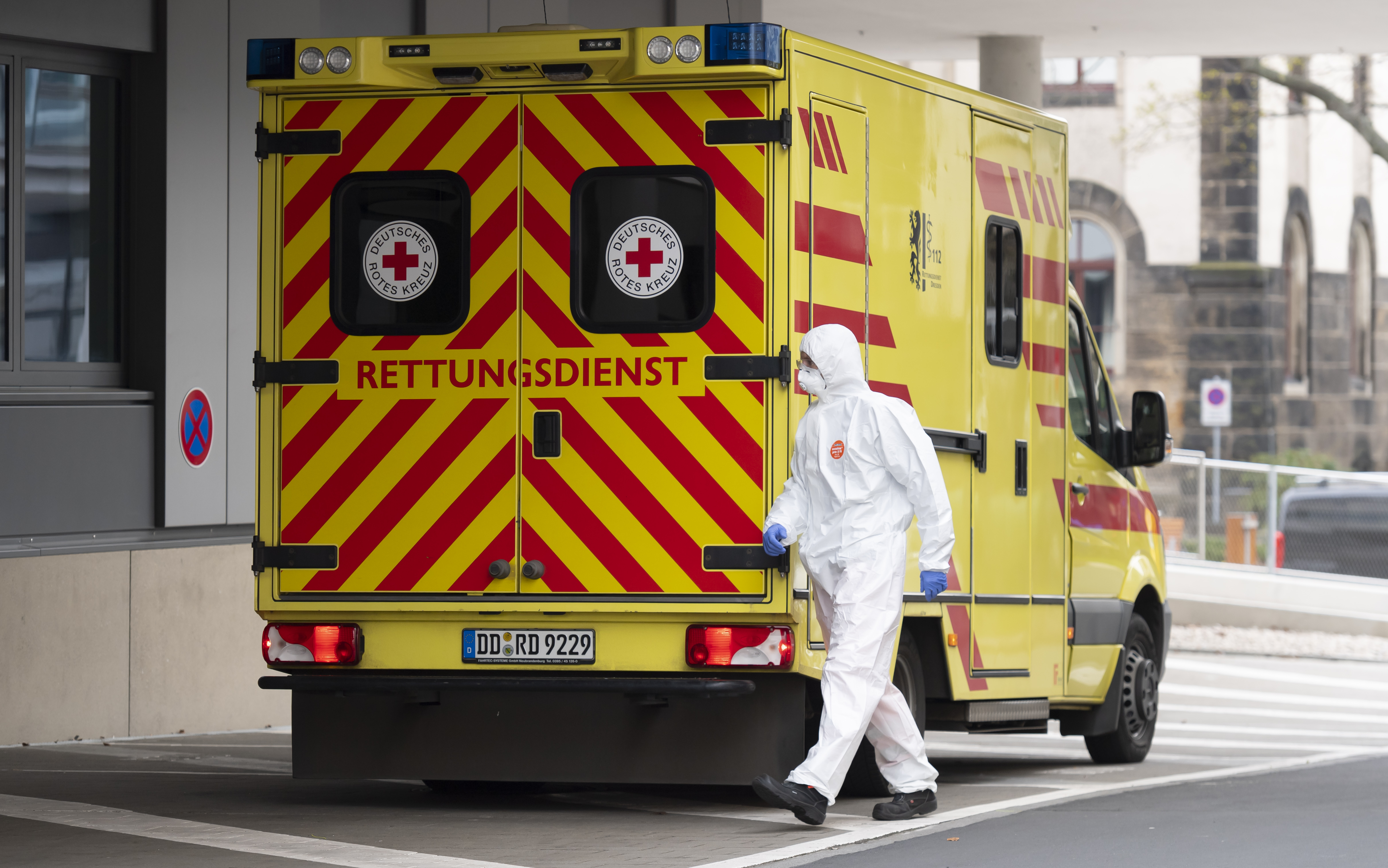 File: An ambulance arrives with a corona infected patient from Italy for further treatment on March 26, 2020 at the University hospital in Dresden, eastern Germany.

PARIS - The coronavirus pandemic has killed more than 30,000 people in Europe, more than three-quarters of the deaths registered in Italy and Spain, according to an AFP tally on Wednesday using official figures.

The latest European figures come just a few hours after the United States announced its death toll had risen to 4,076, according to a running tally by Johns Hopkins University.

That is more than twice the 2,010 recorded late Saturday and higher than the death toll in China, where the disease first emerged late last year.