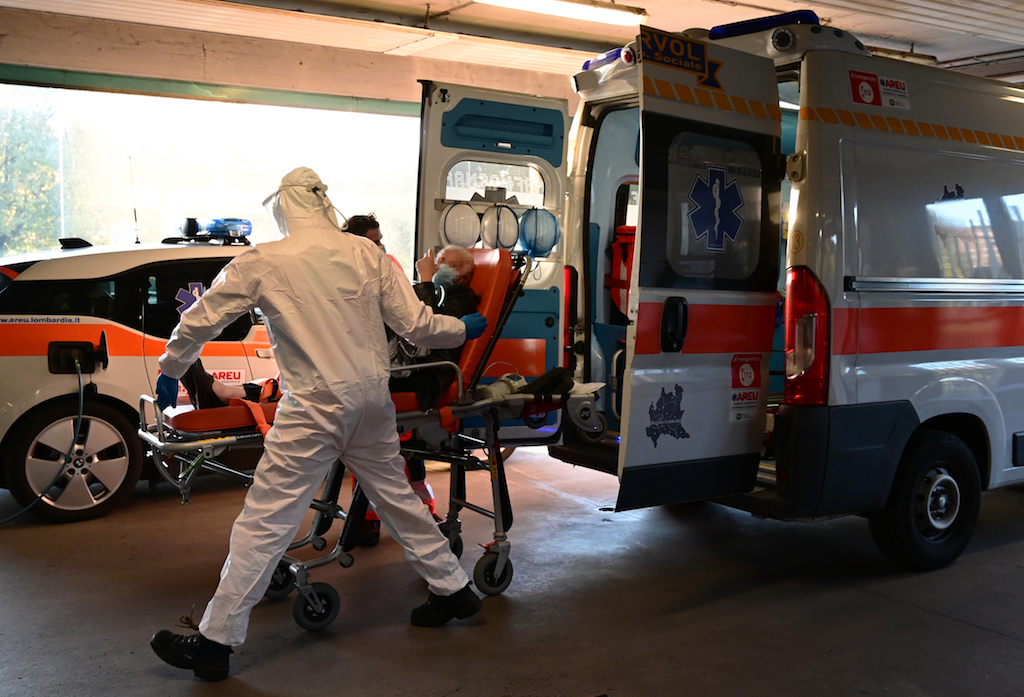 A man is disembarked from an ambulance at the San Carlo hospital in Milan as Europe struggled to contain an alarming surge in COVID-19 cases. AFP/Miguel Medina

PARIS - Europe risks being hit with further waves of coronavirus infections next year, France's scientific council has warned, as the continent scrambles to cope with a second deadly spike in Covid-19 cases.

Even if partial lockdowns being put in place across Europe reduce the rate of new infections, additional waves of the disease are probable in the absence of a vaccine, the council said.

British Prime Minister Boris Johnson followed suit on Saturday, announcing a partial, month-long shutdown in England -- including restaurants and pubs -- that is to start later this week.

Germany will adopt similar measures as of Monday, with people nationwide confined to their homes, and all bars, restaurants, theatres and cinemas closed.

Spain has imposed a nighttime curfew, and the Italian government is expected to announce new restrictions on Monday.

The second wave ravaging Europe could taper off by late December or early 2021, the French council said in a statement.

"It depends on the virus itself, its environment, the measures that will be taken to limit the circulation of the virus, and the level of compliance," it said.

But in the absence of a vaccine -- not expected to be widely available until well into the new year -- further outbreaks are likely on the horizon.

"It is probable that these measures -- even if they are optimised -- will not suffice to avoid other waves," the council said.

"We might thus have several successive waves during the end of winter and spring 2021."