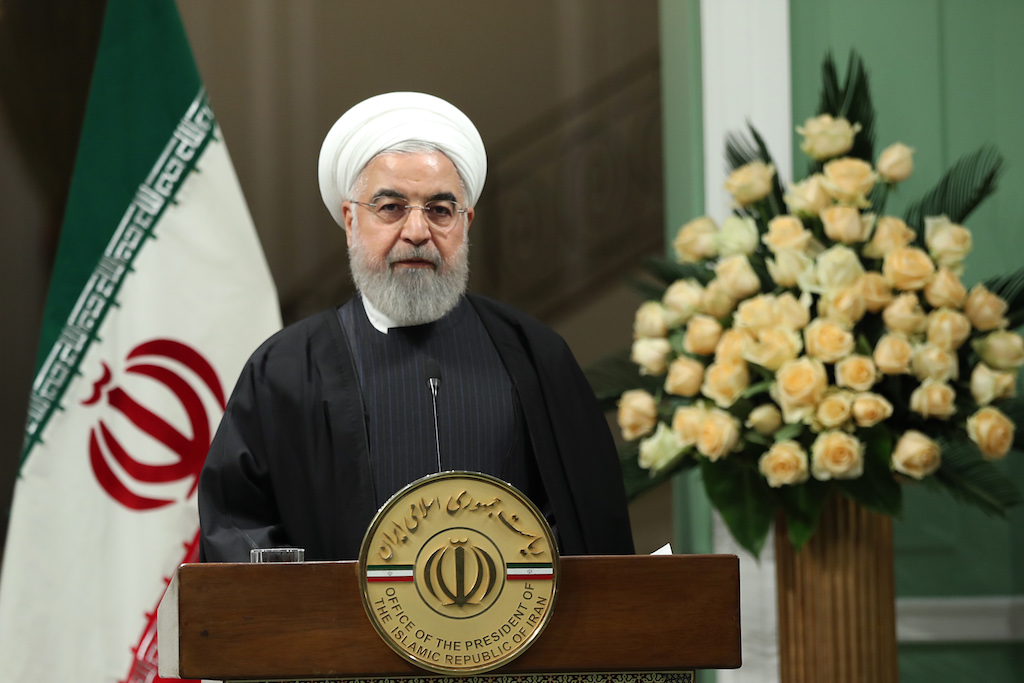 Iranian Presidency on January 12, 2020 shows Iranian President Hassan Rouhani speaks during a joint press conference with the Emir of Qatar in Tehran.

TEHRAN - France, Germany and Britain on Sunday called on Iran to return to "full respect" of its commitments under Tehran's 2015 nuclear accord with world powers.

The three European signatories to the deal have sought to salvage the accord intended to limit Iran's nuclear ambitions after it began unravelling when President Donald Trump pulled out the United States in 2018.

"It is essential that Iran return to full compliance with its commitments under the agreement," a joint European statement said.

"We have expressed our deep concern at the actions taken by Iran in violation of its commitments since July 2019. These actions must be reversed."

All three European parties to the pact have maintained their commitment to saving the deal, despite a call by Trump this week to join him in walking away.

The joint statement confirmed their position after Iran's admission early Saturday that it had accidentally shot down the Ukraine International Airlines plane, killing all 176 people aboard.

One of those interests "is upholding the nuclear non-proliferation regime, and ensuring that Iran never develops a nuclear weapon. The Joint Comprehensive Plan of Action (JCPOA) plays a key role in this respect."

It pointed out that all the remaining parties to the agreement - China, France, Germany, Russia, the United Kingdom and Iran, with the EU as coordinator - were still committed to preserving it.

"We must address - through diplomacy and in a meaningful way - shared concerns about Iran’s destabilizing regional activities, including those linked to its missile programme.

"We reiterate our readiness to continue our engagement for de-escalation and stability in the region.

"We note Iran’s announcement with regard to the shooting down of UIA Flight PS752 and commit to working with Iran on next steps."

The joint statement came as protests broke out in Iran after the Iranian authorities admitted to downing the Ukrainian civilian passenger plane.