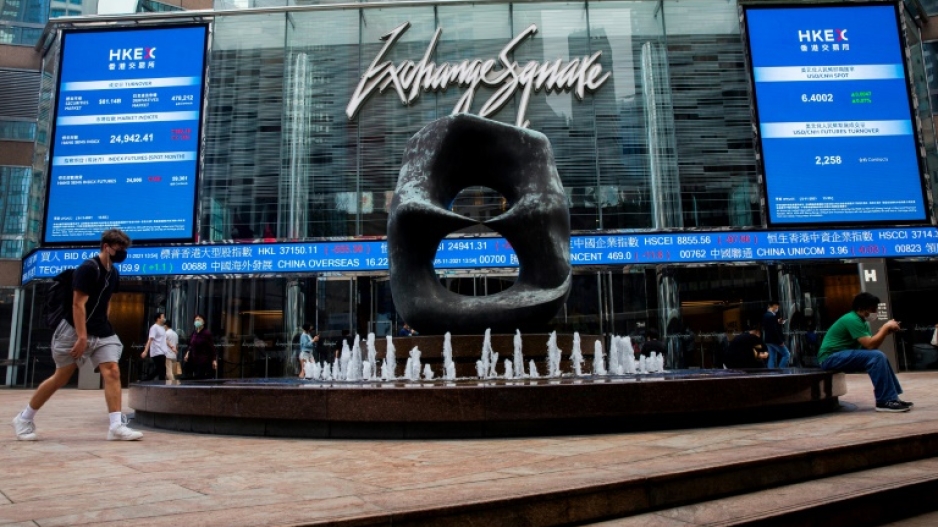 BRUSSELS - European equities retreated from a positive start Friday as investors await key US jobs data after being spooked by a possible eurozone interest rate hike and the crash of Facebook owner Meta's shares.

Asian stock markets closed higher as a surge in Hong Kong on its first day back from a holiday break helped overcome a sharp drop on Wall Street Thursday, while forecast-beating earnings from Amazon helped to offset worries elsewhere.

Oil prices struck seven-year highs close to $93 per barrel as traders bet on continued improvement in demand thanks to the economic reopening, and with the United States hit by a cold snap.

Lingering worries over Ukraine-Russia tensions were also playing a key role in the spike, with analysts predicting $100 could be breached soon.

All eyes were on US jobs data due Friday -- likely to be seen as a guide for future Federal Reserve rate hike decisions as central banks battle decades-high inflation.

"The non-farm payrolls report... is a keenly watched snapshot of the US labour market, and its likely to show Omicron caused jobs growth to slow," noted Susannah Streeter, senior investment and markets analyst at Hargreaves Lansdown.

Commentators said a strong reading on the jobs front would revive talk of a 50-basis-point US rate hike in March.

The European Central Bank's apparent shift in its outlook towards lifting rates this year itself stunned investors Thursday.

ECB chief Christine Lagarde had for months said inflationary pressures would be temporary and dissipate as the world economy reopens and supply chains resume -- allowing the bank to keep rates ultra-low this year.

But a record jump in eurozone prices last month and no sign of them easing has forced her to re-evaluate, saying the "situation had indeed changed".

The news boosted the euro -- the single currency recording a weekly gain of nearly three percent against the dollar.

It also came as the Bank of England announced successive rate increases Thursday.

The ECB news jolted US markets, which were already down owing to a rout in tech stocks, which came after Meta's sobering earnings report that caused it to lose more than a quarter of its value.

Hong Kong led the way in Asia, rising more than three percent as investors in the city returned from a three-day Lunar New Year break.

"It's clearly a rebound to catch up with the world, but we need to see how Hong Kong can navigate global volatility from here on," said Joshua Crabb at Robeco Hong Kong.

Shanghai - Composite: Closed for a holiday