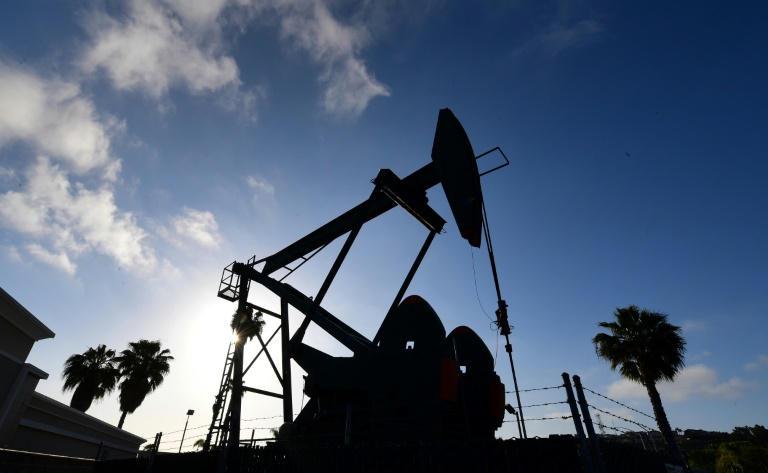 Recent market movements suggest that the Fed could taper its bond-buying programme quicker than first flagged and hike US interest rates next year as the economy recovers and inflation surges.

Turkey's lira meanwhile remained wedged close to all-time lows against the dollar after the country's President Recep Tayyip Erdogan dug in on his decision to pressure the central bank to cut interest rates even though inflation is soaring.

Oil prices retreated despite the United States and other countries releasing less stockpiled crude than expected.

A recent surge in oil prices has added to concerns that inflation -- already at multi-year highs -- will continue to rise, putting further pressure on banks to scale back the easy money policies put in place at the start of the pandemic and crucial to an 18-month rally for stock markets.

The New Zealand central bank on Wednesday lifted its rates for a second successive month.

"Rising Covid-19 cases in Europe and fears of an accelerated tapering programme in the US are currently unsettling investors," noted Richard Hunter, head of markets at Interactive Investor.

Several countries in Europe have introduced strict containment measures to fight a resurgence of Covid, with Austria returning to a partial lockdown and some fearing Germany, the continent's biggest economy, will follow suit.

A centre-left-led alliance of parties was on Wednesday poised to announce a deal to form Germany's next government, putting the Social Democrats (SPD) in charge for the first time in 16 years.

Christian Lindner, leader of the business-friendly Free Democrats, was expected to run the powerful finance ministry.

Two months after the SPD beat Angela Merkel's conservative CDU-CSU coalition in a general election, its negotiators put the finishing touches on the deal with the Greens and Free Democrats that will install Finance Minister Olaf Scholz as chancellor.

Meanwhile, the European Union health agency called Wednesday on member states to "urgently" introduce anti-Covid measures to reduce the potentially "very high" burden the disease will have in December and January.

The director of the European Centre for Disease Prevention and Control, Andrea Ammon, recommended Covid booster shots for all adults over the age of 18, "with a priority for people above 40 years old".

The agency also urged countries to increase their overall vaccination rates, especially those with low uptake.