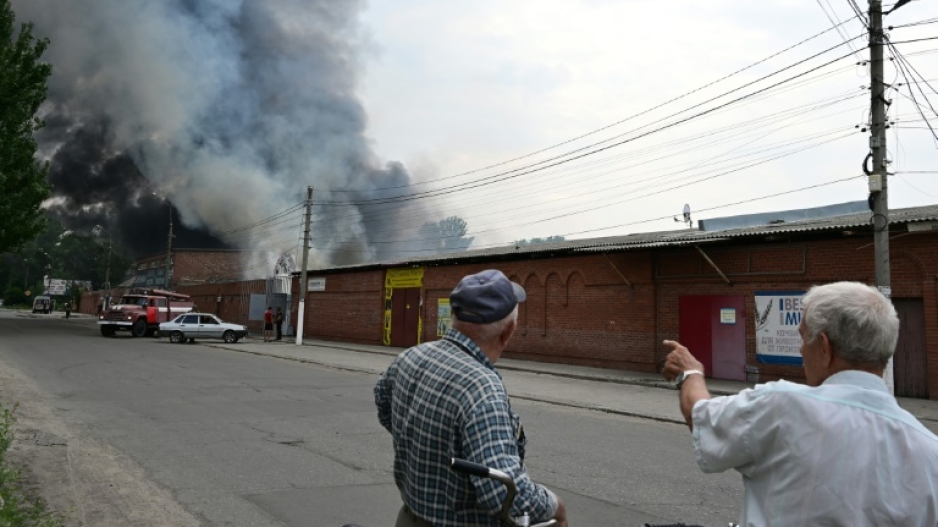 KYIV - Ukrainian officials have called on civilians to urgently evacuate the city of Sloviansk as Russian troops press towards it in their campaign to secure the Donbas region.

Sloviansk has been subjected to "massive" Russian bombardment in recent days, with at least two people killed and seven others wounded in an attack on a marketplace Tuesday.

"This week there hasn't been a day without shelling," he said Tuesday evening, adding that the city was now within range of Russian multiple-rocket launchers.

"The enemy is shelling chaotically, the attacks are aimed at destroying the local population," he said

"So, once again, the main advice is to evacuate."

AFP journalists on the ground in Sloviansk saw rockets slam into the marketplace and surrounding streets, with firefighters scrambling to put out the resulting fires. 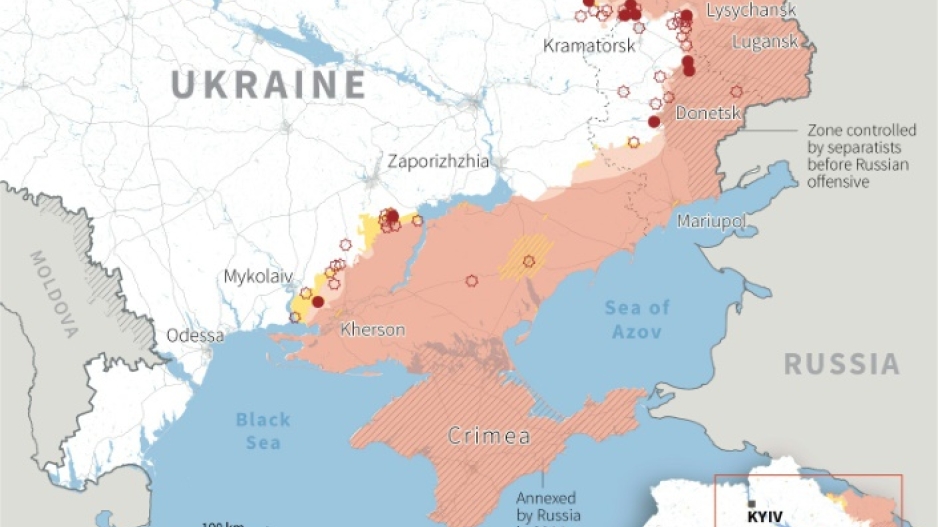 Kyrylenko also reported shelling across "the entire frontline" in the eastern Donbas region, where Russia has refocused its efforts since abandoning its initial aim of capturing Kyiv, following tough Ukrainian resistance.

Donbas is mainly comprised of Lugansk, which Russian forces have almost entirely captured, and Donetsk to its southwest -- the current focus of Moscow's attack

The fall of Lysychansk in the region on Sunday, a week after the Ukrainian army also retreated from the neighbouring city of Severodonetsk, has freed up Russian troops to advance on Kramatorsk and Sloviansk. 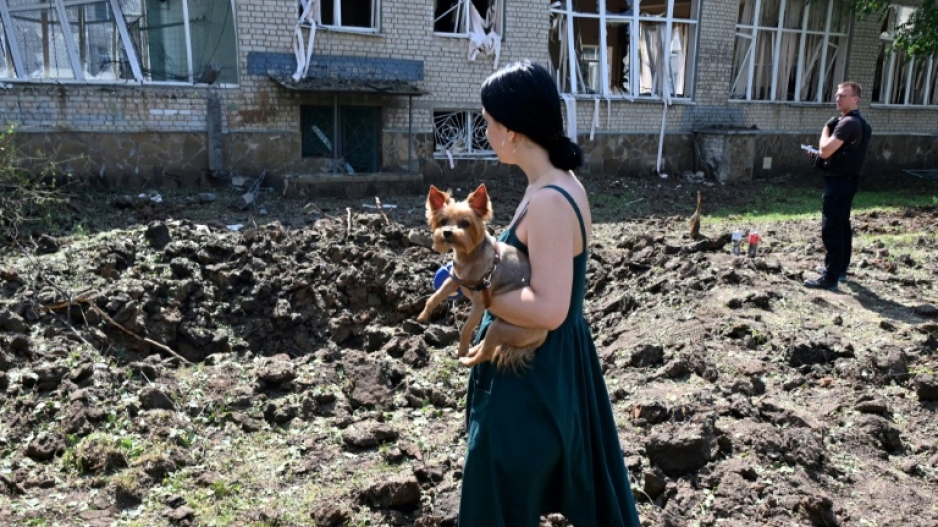 Russia said it targeted Kharkiv with 'high-precision' weapons, killing up to 150 Ukrainian servicemen

On Tuesday, they were first closing in on the smaller city of Siversk -- which lies between Lysychansk and Sloviansk -- after days of shelling there.

Two Ukrainian Red Cross minibuses were heading there to evacuate willing civilians, according to AFP reporters.

"Heavy fighting is taking place on the outskirts of Lugansk region near Lysychansk," Lugansk governor Sergiy Gaiday said on Telegram.

"The occupiers are withdrawing equipment to the Donetsk region."

To the southwest, in the Moscow-occupied Kherson region, Russian troops have deployed helicopters and artillery to try to stem Ukrainian counter-attacks.

A spokesman for Ukraine's defence ministry said Tuesday that Russian forces outside Donbas were "trying to bind our troops in order to prevent them from moving to the battle areas".

Kherson city, which lies close to Moscow-annexed Crimea, was the first major city to fall to Russian forces in February, and has seen a campaign of so-called Russification since. 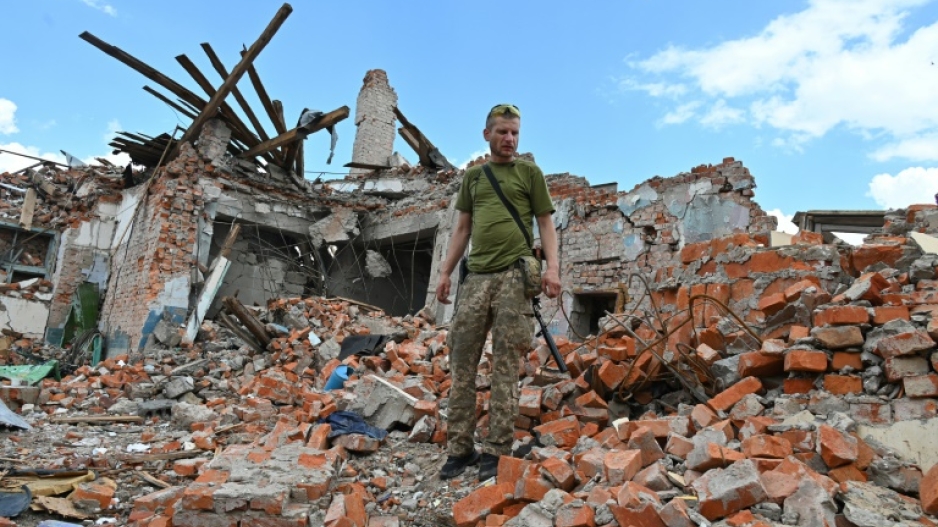 More than 10,000 civilians have been killed and injured in the conflict, though real figures are likely to be higher, according to the UN

Ukrainian President Volodymyr Zelensky, speaking in his evening address Tuesday, said he was continuing to press for upgraded anti-missile systems as air siren alerts sounded across much of the country, including the capital.

"The Russian army does not take any breaks," he said.

Moscow's invasion has encouraged both Sweden and Finland to drop decades of military non-alignment and become part of NATO, which kicked off their accession process on Tuesday. 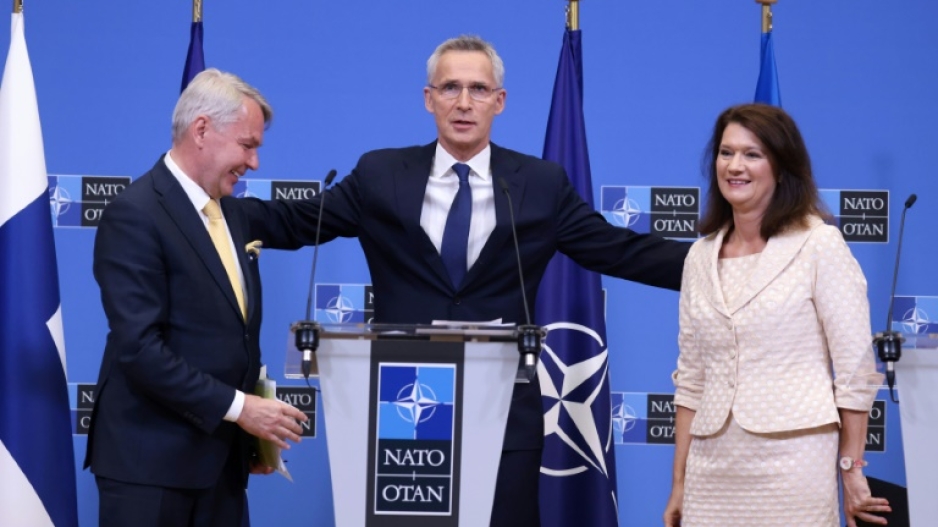 In Brussels, NATO Secretary-General Jens Stoltenberg and the foreign ministers of Sweden and Finland hailed the move as "historic".

"The membership of both Finland and Sweden will not only contribute to our own security but to the collective security of the alliance," said Finland's Pekka Haavisto, after protocols were signed launching the required ratification process.

Ukrainian Defence Minister Oleksii Reznikov welcomed Tuesday's "timely (and) correct" step, adding on Twitter: "Who will be next...?"

And in a sign of regional tension over the invasion, Latvia announced Tuesday it would reinstate compulsory military service.

"The current military system of Latvia has reached its limit. Meanwhile, we have no reason to think that Russia will change its behaviour," Latvian Defence Minister Artis Pabriks told reporters.

NATO offered Ukraine a path towards membership in 2008 but that stalled amid strong Russian opposition and has been further complicated by its invasion. 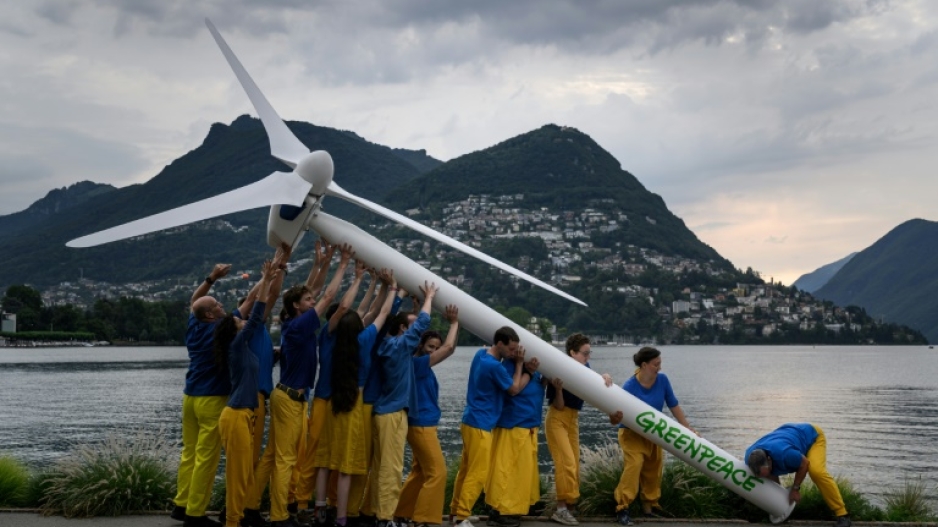 With the war well into its fifth month, Kyiv's allies meeting in the Swiss city of Lugano committed Tuesday to supporting Ukraine through what is likely to be a lengthy and expensive eventual recovery.

Two days of talks involving representatives from some 40 countries agreed on the need for reforms to boost transparency and tackle corruption, as they heard rebuilding the war-ravaged country could cost at least $750 billion.

More than 10,000 civilian deaths or injuries have been documented across Ukraine as of July 3, according to UN rights chief Michelle Bachelet, who said the real figure is likely to be much higher.

At least 335 children were among the 4,889 dead, she said, demanding an end to "unbearable" civilian suffering and slamming the "senseless war".