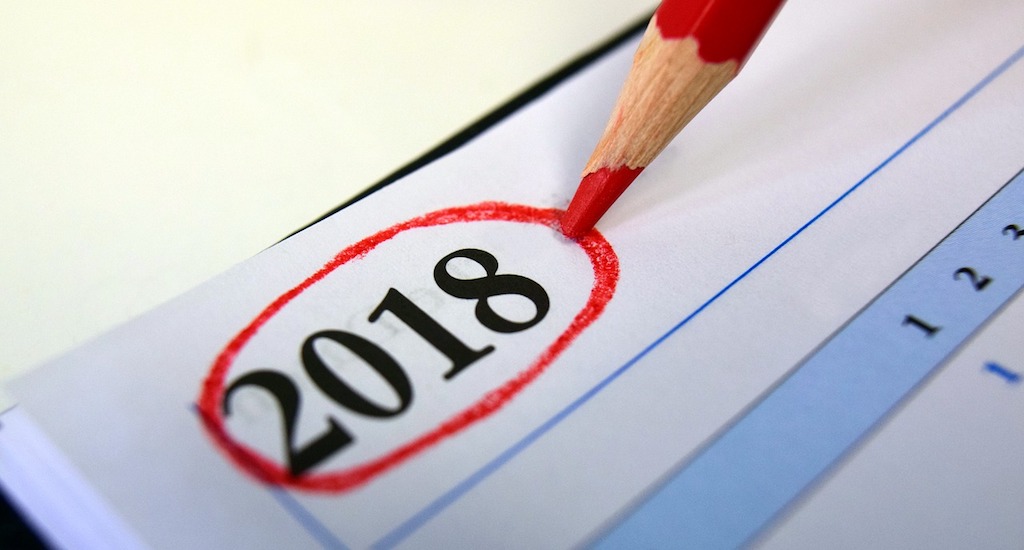 File: There were some major events that marked 2018.

PARIS - From a spy drama that poisoned ties between Russia and the West to major US turnarounds under President Donald Trump, here are some of the major events that marked 2018. 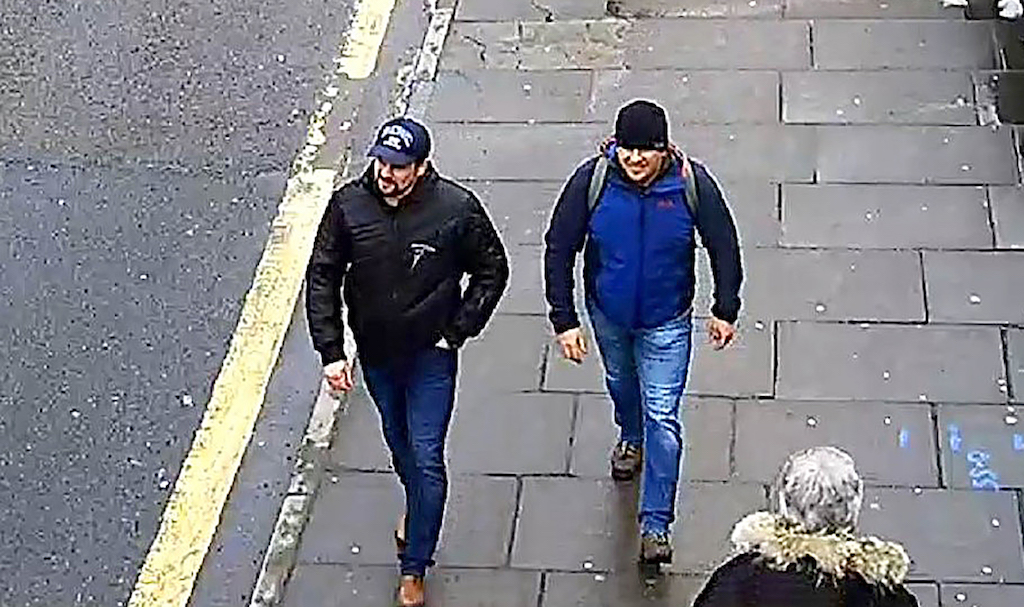 Alexander Petrov (R) and Ruslan Boshirov are wanted by British police in connection with the nerve agent attack on former Russian spy Sergei Skripal and his daughter Yulia.

On March 4, Russian former double agent Sergei Skripal and his adult daughter are discovered unconscious and poisoned by a highly toxic nerve agent, Novichok, on a bench in Salisbury, England.

London points the finger at Moscow and in September issues arrest warrants against two Russian operatives. Moscow rejects all charges.

Angry exchanges between the two capitals bring in other Western nations behind London.

Dozens of Western and Russian diplomats are expelled in tit-for-tat reprisals, and new sanctions are brought against Russia.

The Skripals survive but in June a British woman dies after coming into contact with Novichok in a village outside Salisbury. Her partner falls gravely ill. 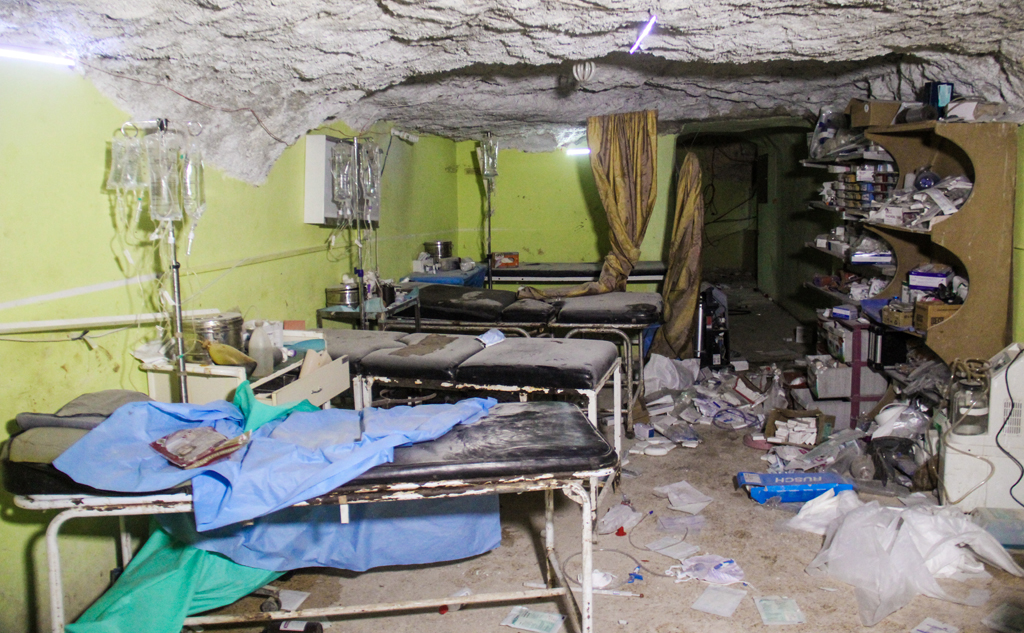 On April 14, the Syrian army declares that all anti-regime forces have been forced out of the Eastern Ghouta area adjoining Damascus after a blistering two-month offensive that leaves more than 1,700 people dead.

It is a major victory in the government's effort to reassert control after the 2011 uprising that pulled the entire country into a devastating conflict.

The same day the United States, Britain and France carry out pre-dawn strikes against President Bashar al-Assad's regime in response to a suspected chemical attack on the Eastern Ghouta town of Douma that killed scores of civilians. The regime denies the allegations.

Backed by Russia's military might, Assad's forces go on to notch up a series of victories against rebels and jihadists, regaining control of two-thirds of the ruined and divided country.

On December 19, US President Trump orders the withdrawal of some 2,000 American soldiers deployed in northeastern Syria, where they are fighting Islamic State jihadists alongside a Kurdish-dominated force.

The announcement, which comes as Ankara is threatening an offensive against  Kurdish forces, leads to the resignation of Defense Secretary Jim Mattis. 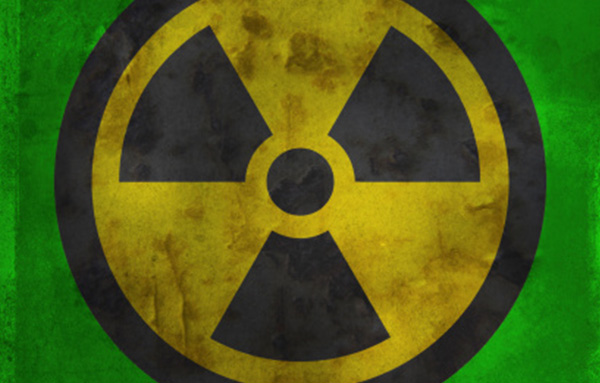 File: One of President Donald Trump's complaints is the "one-sided deal" does not go far enough in preventing Iran from creating a nuclear bomb.

On May 8, President Donald Trump pulls the United States out of the hard-won 2015 accord that limits Iran's nuclear weapons programme in exchange for an easing of sanctions against the Islamic republic.

One of his complaints is the "one-sided deal" does not go far enough in preventing Iran from creating a nuclear bomb.

The remaining parties to the accord -- Britain, France, Germany, Russia and China -- insist Iran has abided by its commitments and vow to keep the deal intact.

In August, Washington reimposes a first wave of sanctions on Iran; in November there is a second.

- US moves embassy to Jerusalem - 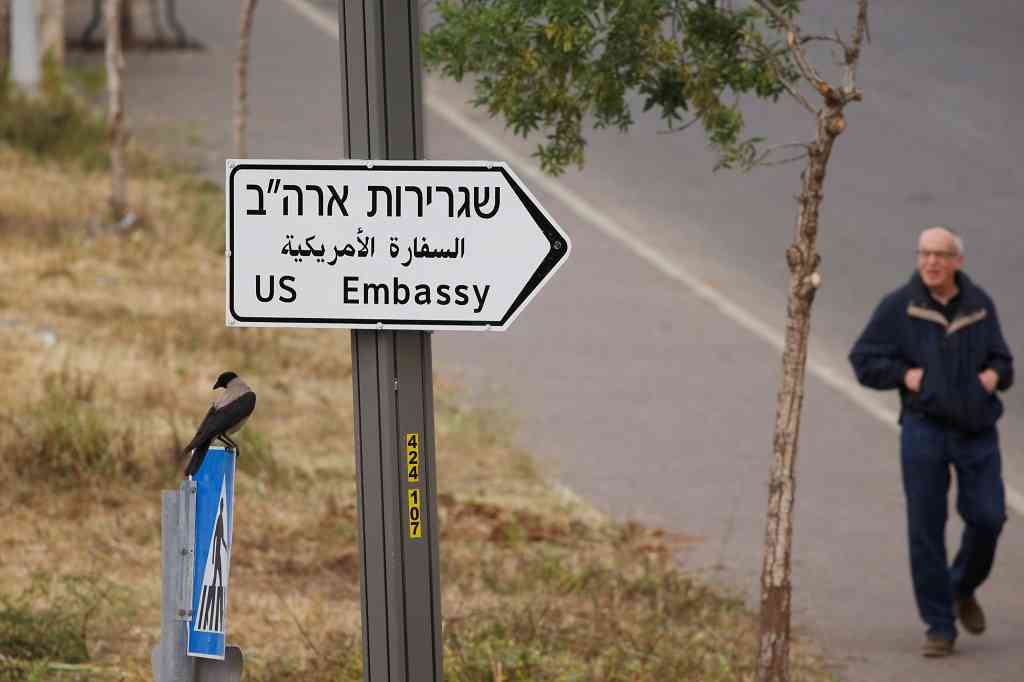 File: A man walks next to a road sign directing to the US embassy, in the area of the US consulate in Jerusalem.

On May 14, the United States opens its new embassy in Jerusalem, infuriating the Palestinians -- who also claim the holy city as their capital -- and flouting years of international policy.

Clashes erupt on the border with Israel and the Palestinian territory of Gaza: after the bloodiest day in the dragging conflict in years, around 60 Palestinians are dead, killed by Israeli gunfire. 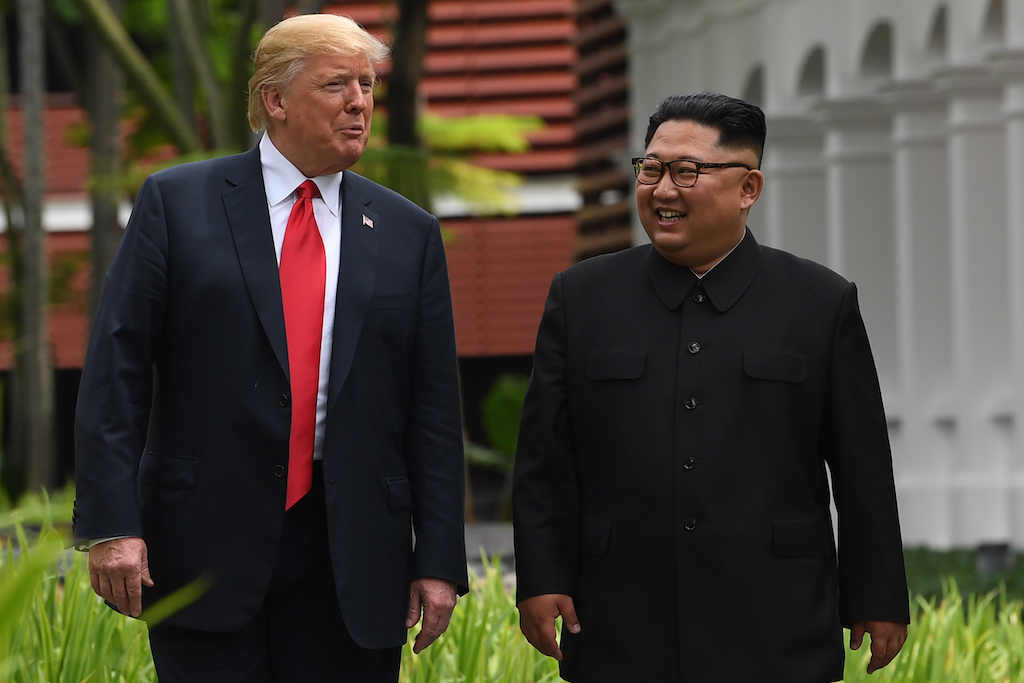 On June 12, Trump and North Korean leader Kim Jong Un meet in Singapore, the first-ever meeting between sitting leaders of the two countries.

They sign an agreement reaffirming Pyongyang's commitment to the "complete denuclearisation of the Korean Peninsula".

So far however, North Korea has taken few concrete steps to abandon its nuclear weapons, and the two sides have argued over the meaning of the vaguely worded agreement. 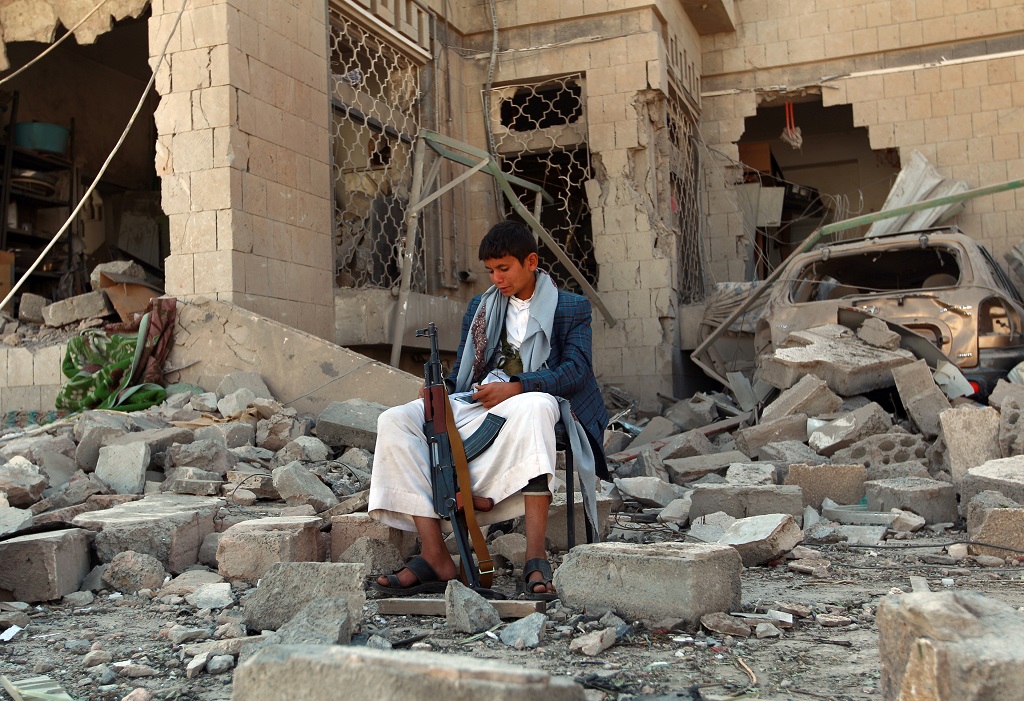 File: The war, which started in 2014, has already killed about 10,000 people with 20 million at risk of starvation, according to aid agencies.

On June 13, the war in Yemen escalates when pro-government forces, supported by Saudi Arabia and the United Arab Emirates, launch an assault to wrest back control of the vital aid port of Hodeida from Iran-backed Huthi rebels.

The war, which started in 2014, has already killed about 10,000 people with 20 million at risk of starvation, according to aid agencies.

On December 18, after UN-brokered peace talks in Sweden, a ceasefire takes effect. Observers are sent to oversee its implementation and the withdrawal of both warring parties from Hodeida city. 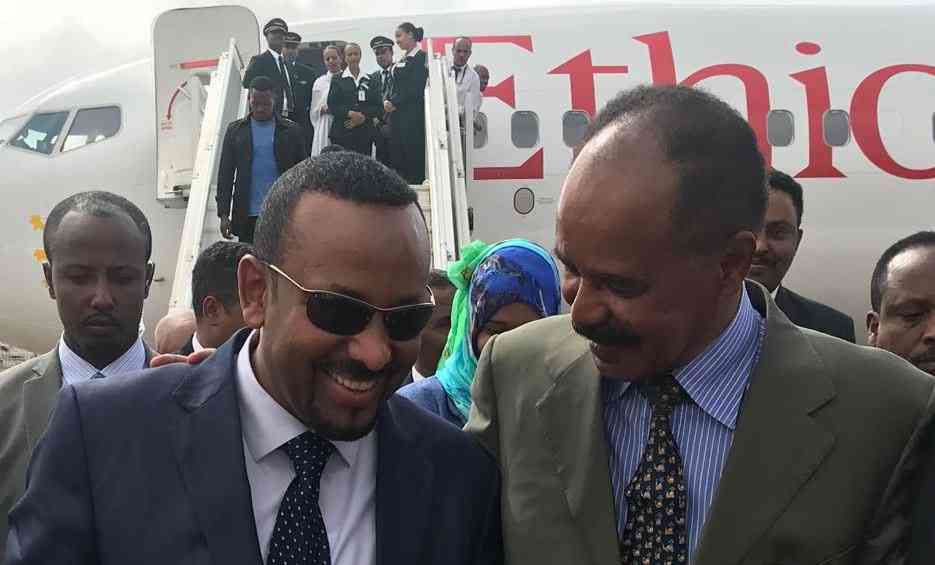 On July 9, Horn of Africa neighbours Eritrea and Ethiopia announce the end of their two-decade war.

It comes after Ethiopia's new prime minister, Abiy Ahmed, announces in June that his government would drop claims to a disputed border territory.

The accord also leads Somalia and Eritrea to re-establish diplomatic links on July 30. The United Nations lifts sanctions on Eritrea on November 14. 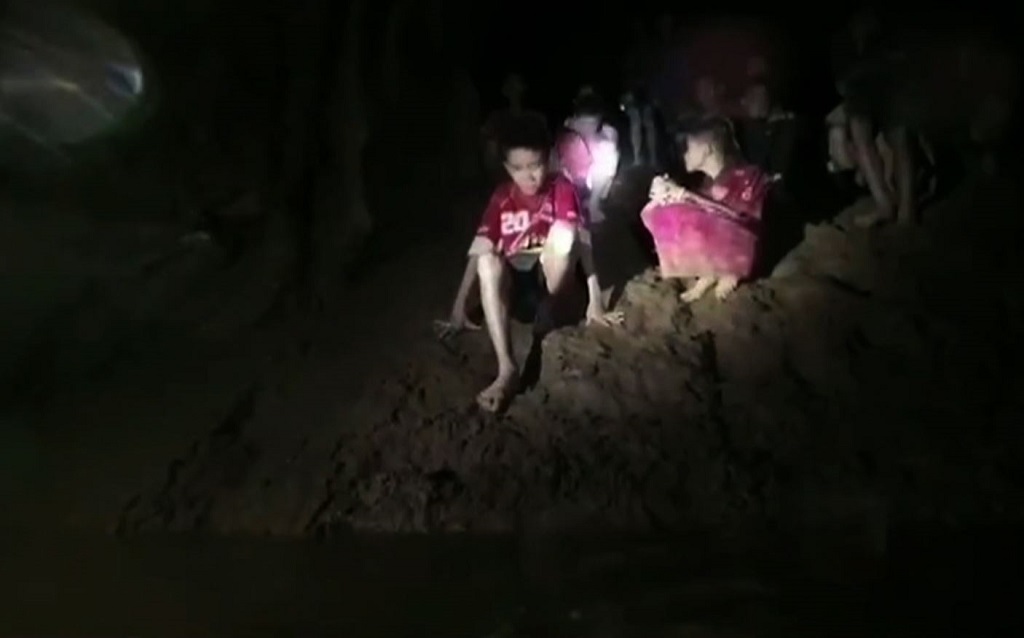 On July 10, the last of 12 young football players and their coach are extracted safe and sound from a flooded cave in northern Thailand, 17 days after they were trapped there.

The fate of the junior football team was followed around the world, with US and British diving experts joining the rescue effort and former Thai navy diver losing his life. 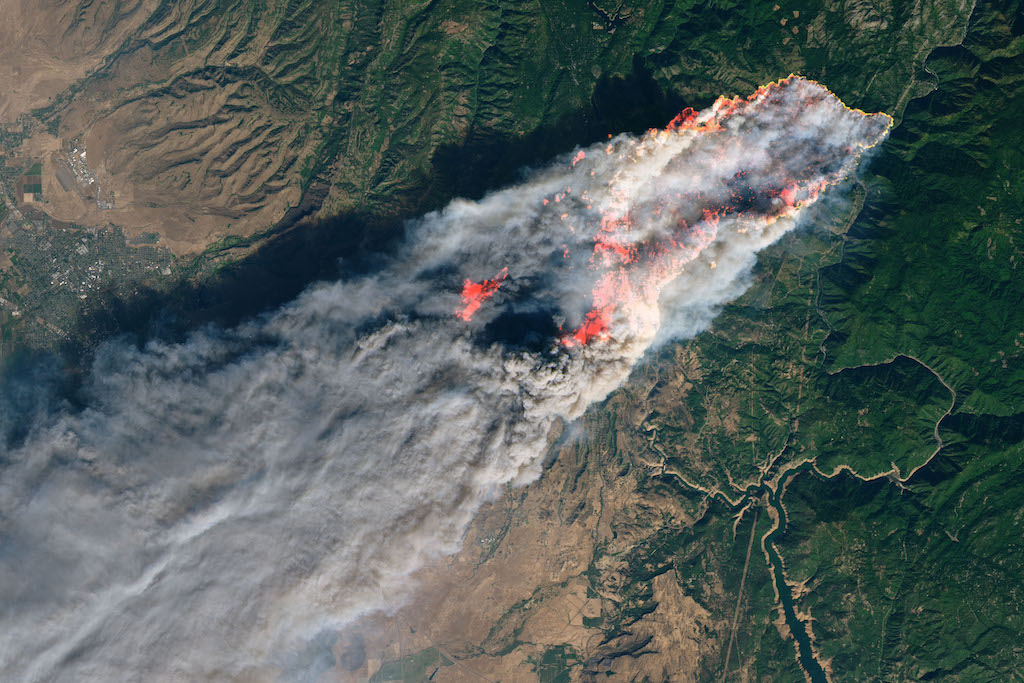 In July-August Europe swelters in a heatwave that approaches the continent's record 48 degrees Celsius, as deadly forest fires rage in Greece, Portugal and Spain.

In November, California is ravaged by its deadliest fire ever: 85 people perish before it comes under control after two weeks.

The UN's World Meteorological Organization announces in November that 2018 is set to be the fourth-hottest year on record. 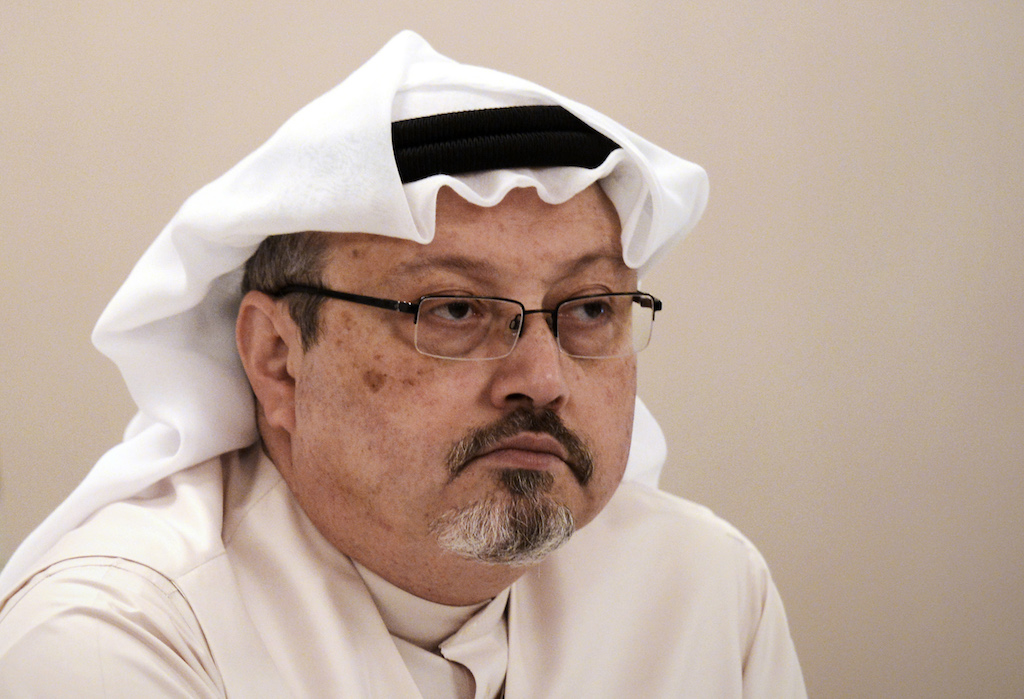 On October 2, dissident Saudi journalist Jamal Khashoggi, a contributor to The Washington Post, enters his country's consulate in Istanbul and is never seen again.

After more than two weeks of denials and contradictory statements, Riyadh admits that he had been killed inside the consulate after what it says was a brawl.

It fires various officials and arrests others, finally acknowledging that the journalist's body had been dismembered.

On December 13, the US Senate adopts a resolution holding crown prince Mohammed bin Salman responsible, despite vehement denials from Riyadh.

- Midterm boost for US Democrats - 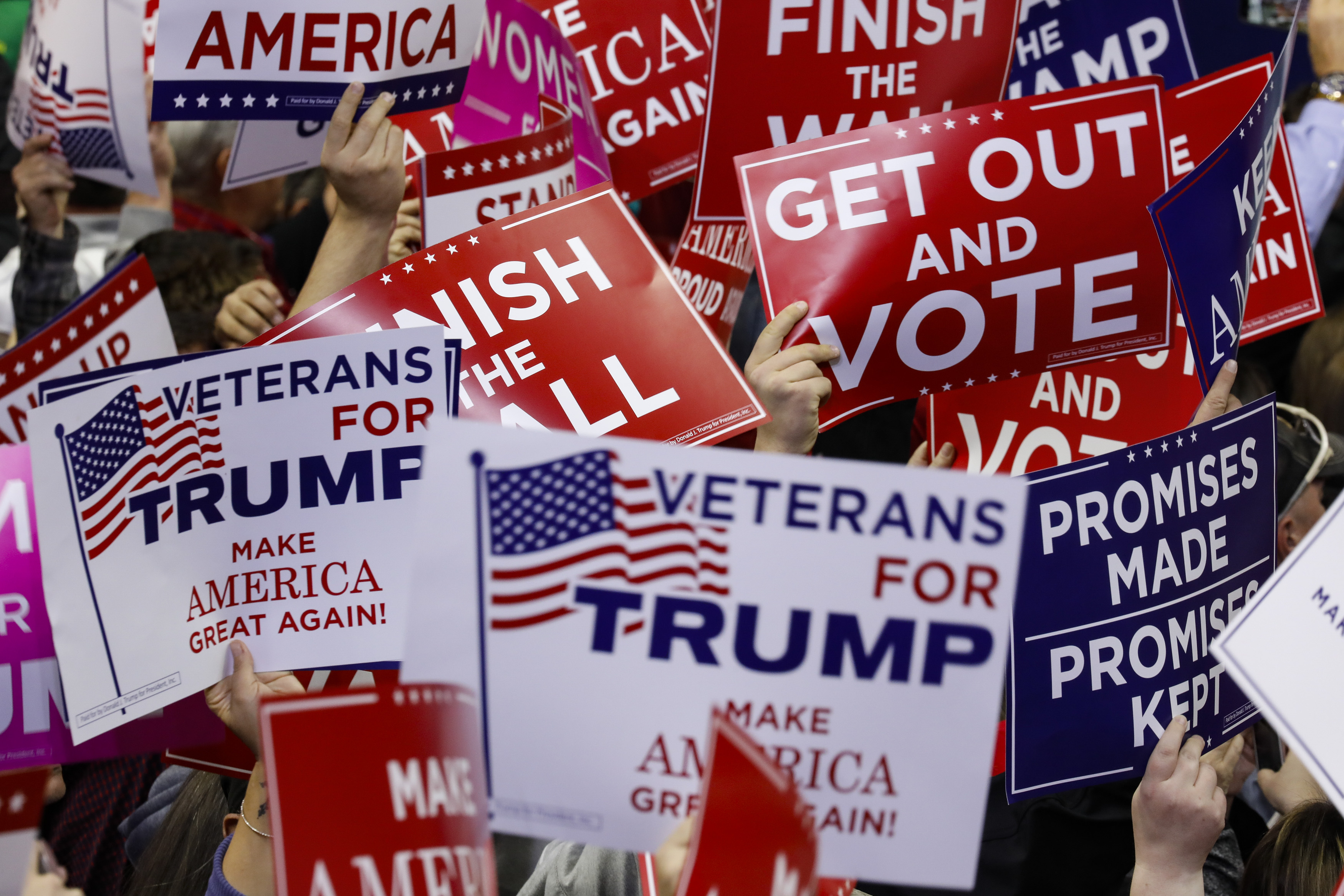 November 6 midterm elections see the Democrats win control of the House of Representatives while the Republicans bolster their majority in the Senate.

The final days of campaigning are rocked by the worst anti-Semitic attack in US history, when a gunman kills 11 people in a synagogue in Pittsburgh; and the mailing of pipe bombs to high-profile Democrats including Hillary Clinton and Barack Obama.

An approaching caravan of thousands of Central Americans also draws headlines away from the campaign. The migrants arrive at the heavily patrolled Mexico-US border from mid-November. 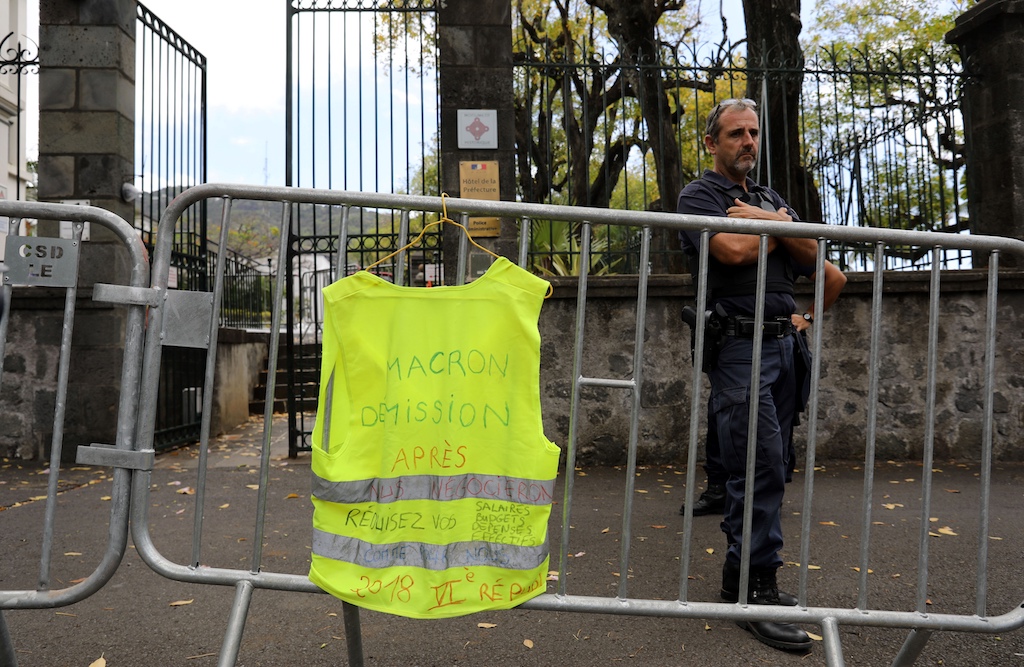 File: The "yellow vest" protests, named after the fluorescent safety jackets worn by demonstrators, come to a head with rioting and looting in Paris.

On November 17, protests flare across France in opposition to rising fuel taxes and living costs, then swell into a broader movement against the policies of the government of President Emmanuel Macron.

The "yellow vest" protests, named after the fluorescent safety jackets worn by demonstrators, come to a head with rioting and looting in Paris.

After the government backs down on the planned fuel tax, Macron on December 10 outlines other measures to calm the anger, including a boost to the minimum wage.

- The fall of Carlos Ghosn - 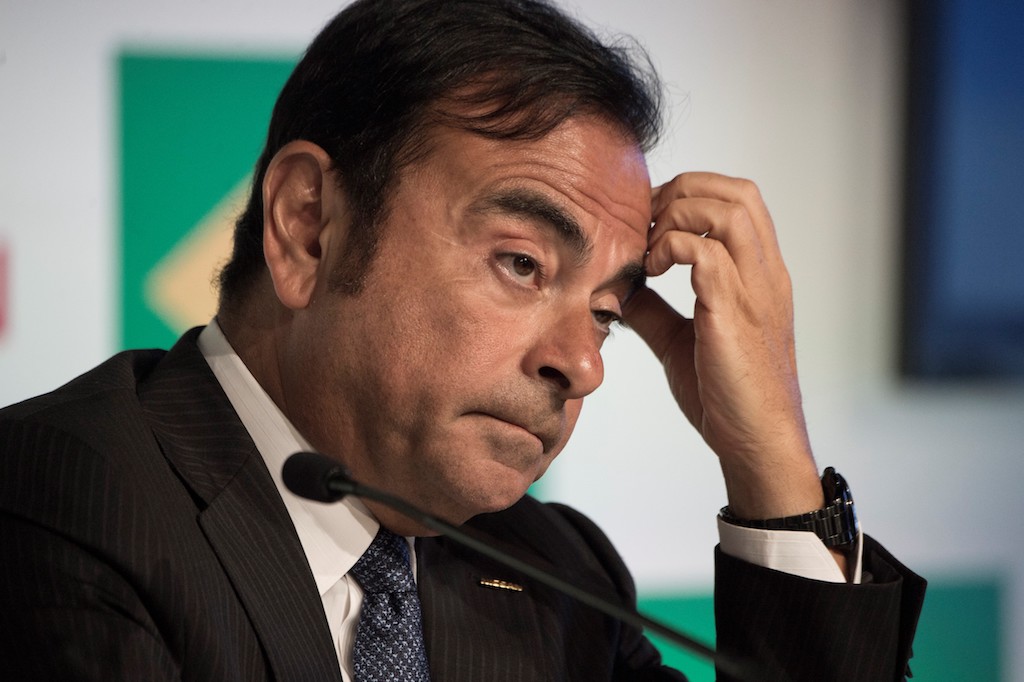 File: Nissan had hired a private security company to watch Carlos Ghosn, who was on bail and awaiting trial, to check whether he met any people involved in the case, the three sources said.

On November 19 tycoon Carlos Ghosn, head of the giant Nissan-Renault-Mitsubishi auto alliance, is arrested in Japan over allegations of under-reporting his salary for years, which he denies.

He is fired as chairman of Nissan and Mitsubishi and formally charged on December 10, when his detention is extended.

On December 22 he faces fresh allegations of breach of trust and his detention is extended until at least January 1. 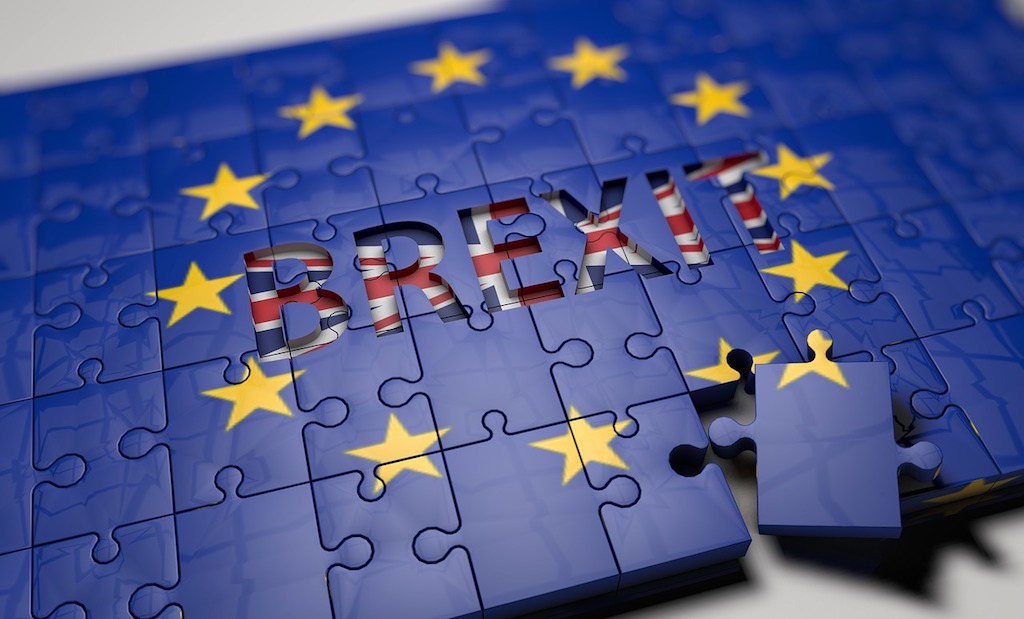 On November 25, after 17 months of tough negotiations, the European Union and Britain agree on an accord covering Britain's exit from the bloc by March 2019.

But British Prime Minister Theresa May on December 10 postpones a parliament vote on the deal set for the following day, acknowledging it would be rejected.

She survives an internal party no-confidence vote on December 12.