'Everyone is afraid': Fear of unknown in Ukraine warzone 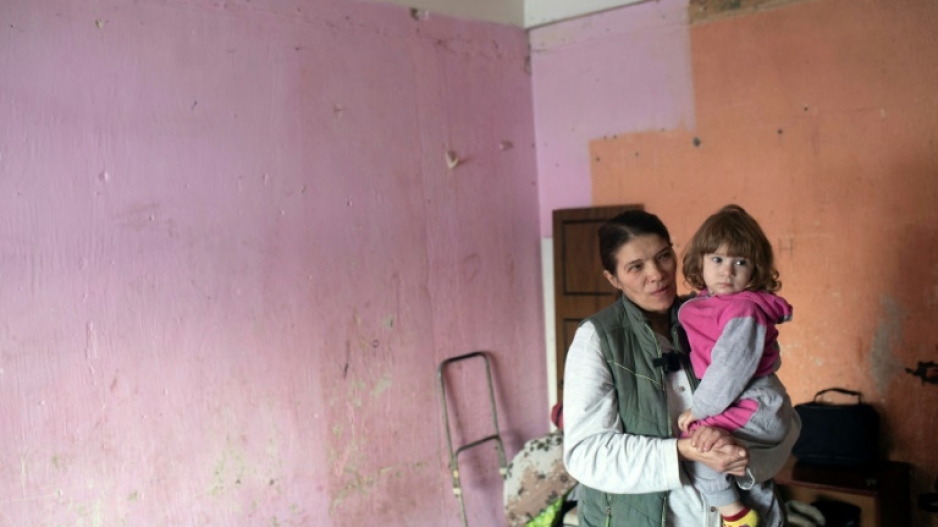 UKRAINE - Third-grader Maria Shanovska is mulling which toy to pack in her emergency evacuation bag should the Russian forces massing at the border invade her war-shattered town in east Ukraine.

"A family photo, my favourite toy and some food so that I don't get hungry," she tells her mother Natalia as they debate what they would need most should their traumatised country plunge into an even bloodier war.

Their apartment block has had no heating since a 2014 pro-EU revolution provoked the Kremlin into annexing Ukraine's Crimea peninsula and then backing armed insurgents in the ex-Soviet state's industrial southeast. 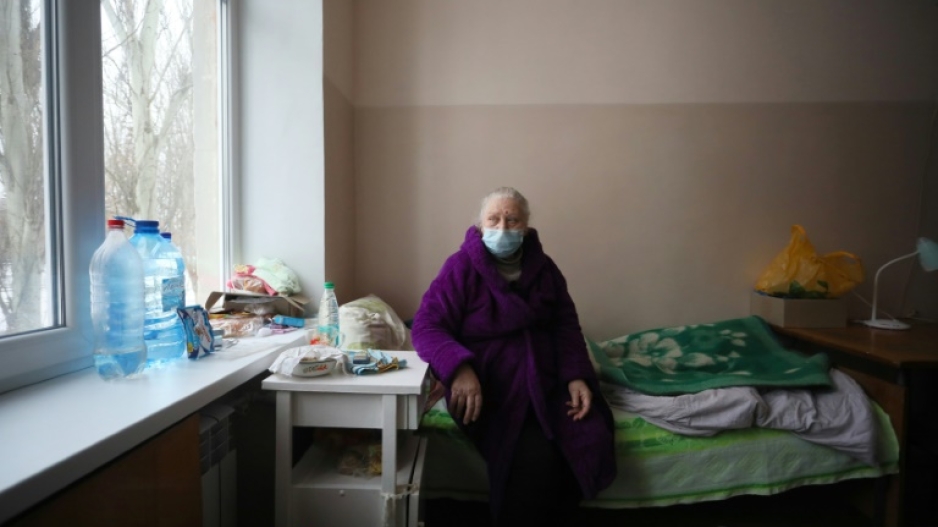 Natalia knows the pains of war and personal loss. Her building has been hit four times by shells and her flat relies on the whims of a makeshift wood-fired stove.

"We live in constant fear," the mother of six says. "Our neighbour was wounded by shrapnel three months ago."

Yet even the frontline town's 15,000 remaining residents -- familiar with life of the barest subsistence -- are now more frightened than ever at the prospects of what might happen next.

More than 100,000 Russian soldiers have massed near Ukraine's borders in what Washington warns could be a precursor to an all-out invasion designed to reverse Kyiv's steady drift toward the West.

"Everyone is afraid, and we are afraid," the 45-year-old says.

Washington has taken the lead in issuing ominous warnings about the prospects of a Russian offensive that could quickly kill tens of thousands of civilians in what would be Europe's gravest conflict since World War II. 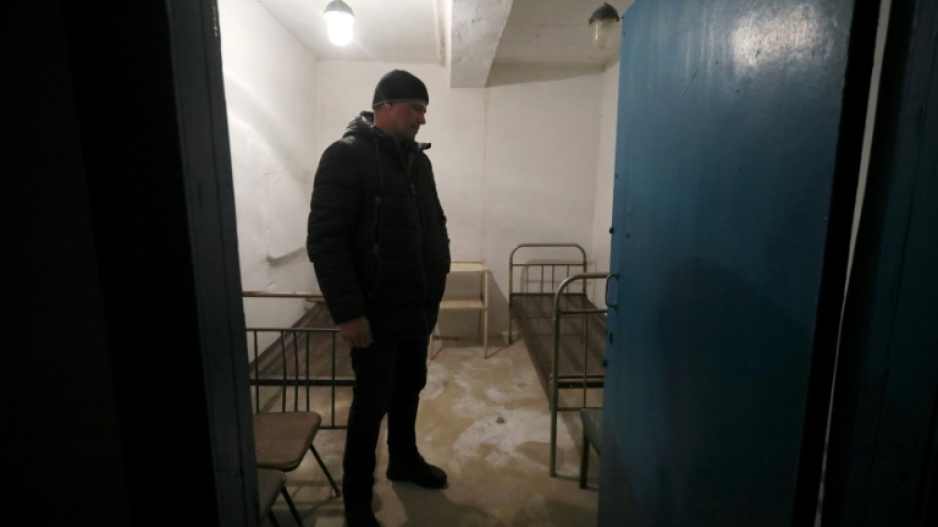 The drumbeats of war reverberate loudly across the snow-covered streets of Krasnogorivka.

The town's schools and hospitals have started preparing bomb shelters and stocking up on water supplies for the first time in years.

Local hospital chief Sergiy Fedenko is checking the electrical wiring of a basement first used to shelter civilians and medical staff during the most heated months of the first battle for Donetsk in 2014.

But one nurse who refused to give her full name for fear of being reprimanded for her criticism said it was dangerous to move gravely ill patients into bomb shelters. 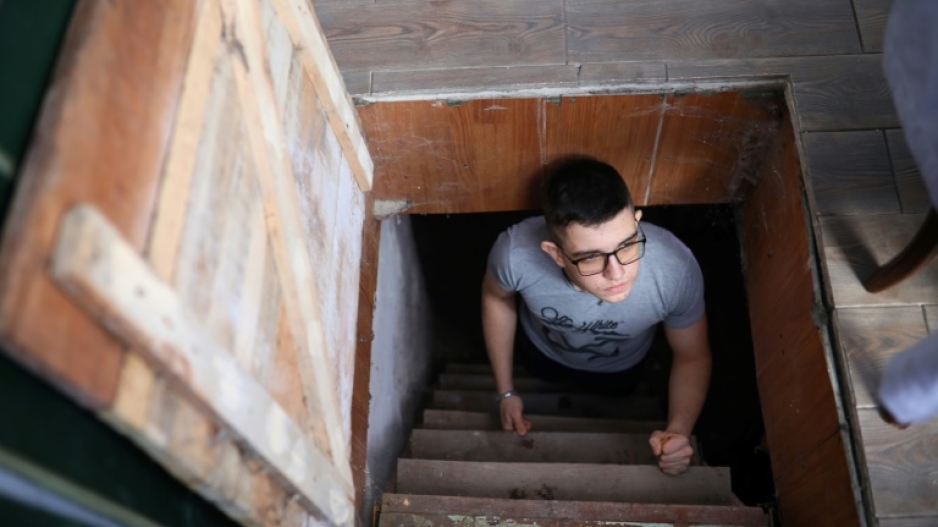 Ilya Zhelnovatskiy, 16, says the bomb shelter under his kitchen 'has saved our lives several times'

"People with Covid-19 who are intubated and require oxygen cannot be moved," she said.

Patient Lyudmila Isaychenko sounds resigned to her fate. The 73-year-old was hospitalised with a neurological disease and says she will not be cowed into hiding in a basement should the shells start to fall.

"If they start firing, I will just lie here," Isaychenko says. "Whatever will be, will be. But this fear never passes. My hands are always trembling. When someone pops open a bottle, I think someone is shooting."

Student Ilya Zhelnovatskiy's bomb shelter is hidden under the floor panels of his simple kitchen.

"It has saved our lives several times," he says.

But his family is now planning to evacuate should the feared Russian offensive begin at some point before the frozen ground thaws in the spring. 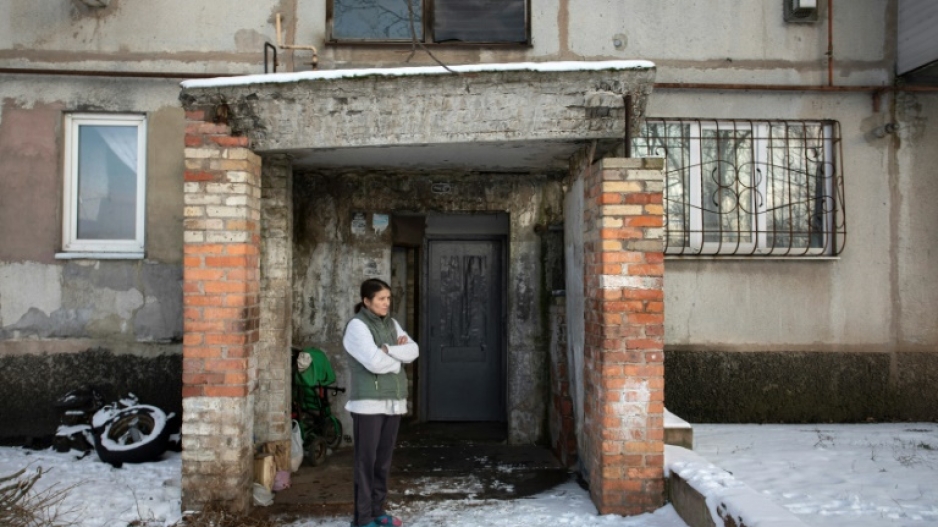 The eastern Ukrainian town of Krasnogorivka has been left impoverished by a simmering conflict that has claimed more than 14,000 lives

"If full-on war breaks out, the first thing you have to do is grab your passport and money and get out," he says. "But then we will return."

The low-scale battles that have festered in a conflict that UN estimates say has claimed more than 14,000 lives have petered out across much of the southeast -- a sudden silence that frightens many because it is hard to explain.

Shanovska is not treating the lull as good news and seems resigned to spending more days sheltering in a dark basement with her children.

"There is no light or water there and barely any room to sit," she says. "Living here is so hard. Of course I am distressed."