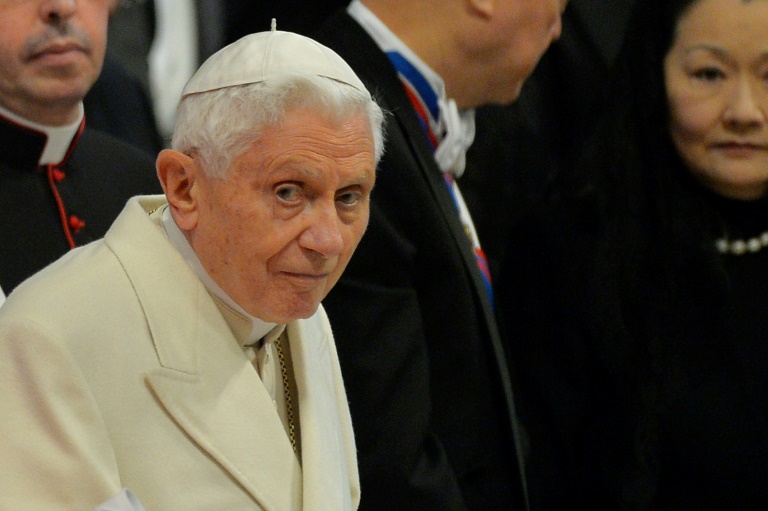 VATICAN CITY  - Former pope Benedict XVI on Monday admitted providing incorrect information to a German inquiry about his presence at a 1980 meeting discussing a paedophile priest, blaming an editing "oversight".

"He is very sorry for this mistake and asks to be excused," Benedict's personal secretary Georg Ganswein said in a statement cited by the KNA news agency and republished by Vatican News.

But the statement insisted no decision was made at the meeting about reassigning the priest to pastoral duties.

An independent report last week found that Benedict XVI, who stood down in 2013, knowingly failed to stop four priests accused of child sex abuse in the 1980s.

The report by law firm Westpfahl Spilker Wastl (WSW) was commissioned by the archdiocese of Munich and Freising to examine how abuse cases were dealt with between 1945 and 2019.

Ex-pope Benedict -- whose civilian name is Joseph Ratzinger -- was the archbishop of Munich from 1977 to 1982.

In one case, a now notorious paedophile priest named Peter Hullermann was transferred to Munich from Essen in western Germany where he had been accused of abusing an 11-year-old boy.

Hullermann was reassigned to pastoral duties despite his history and continued to reoffend for many years.

The lawyers said that "to our surprise", Benedict had denied attending the meeting in 1980 at which the decision was made to admit Hullermann to the diocese, despite being quoted directly in the minutes of the meeting.

The statement from the emeritus pope said: "He would like to make it clear now that, contrary to what was stated at the hearing, he did attend the Ordinariate meeting on January 15, 1980.

"The statement to the contrary was therefore objectively incorrect," it added, while insisting this was "not done out of bad faith, but was the result of an oversight in the editing of his statement".

"Objectively correct, however, remains the statement, documented by the files, that in his meeting no decision was made about a pastoral assignment of the priest in question," it said.

"Rather, only the request to provide him with accommodation during his therapeutic treatment in Munich was granted."

The statement said further explanations would follow but the 94-year-old pope, who is said to be in shaky health, is still reading the inquiry report.

"At present, he is carefully reading the statements set down there, which fill him with shame and pain about the suffering inflicted on the victims," it said.