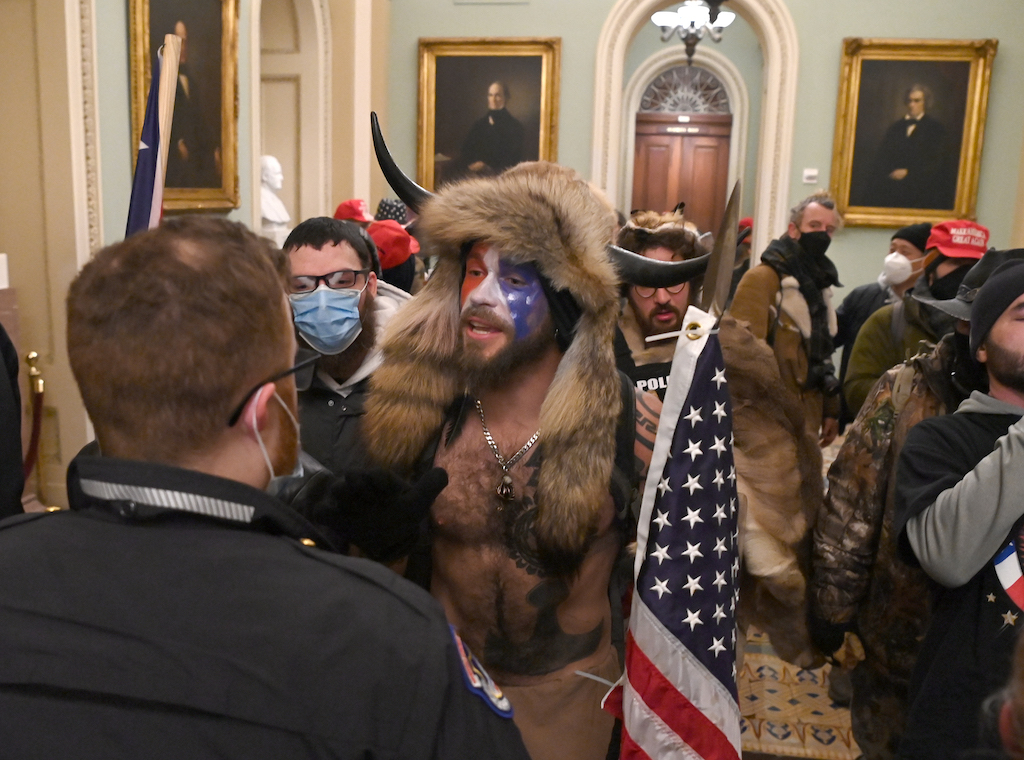 Supporters of US President Donald Trump, including member of the QAnon conspiracy group Jake A, aka Yellowstone Wolf (C), enter the US Capitol. AFP/Saul Loeb

SAN FRANCISCO - Facebook banned President Donald Trump from the platform "indefinitely" due to his efforts to incite violence at the US Capitol, chief executive Mark Zuckerberg said.

Zuckerberg said the 24-hour ban announced Wednesday on Trump's accounts including on Instagram was extended because of Trump's "use of our platform to incite violent insurrection against a democratically elected government."

The Facebook CEO added: "The shocking events of the last 24 hours clearly demonstrate that President Donald Trump intends to use his remaining time in office to undermine the peaceful and lawful transition of power to his elected successor, Joe Biden."

READ: Siege on US Capitol was the election violence of a fragile democracy

The announcement came the day after the outgoing US leader was locked out of all major social media platforms due to his false claims about the legitimacy of his loss to Biden, and for inciting the angry mob that stormed the US Capitol.

"We believe the risks of allowing the president to continue to use our service during this period are simply too great," Zuckerberg wrote on his Facebook page.

"Therefore, we are extending the block we have placed on his Facebook and Instagram accounts indefinitely and for at least the next two weeks until the peaceful transition of power is complete."

Trump's favourite megaphone, Twitter, blocked him for 12 hours, but it was unclear on Thursday if the ban had been lifted.

Trump, who had addressed the mob and urged them to march on the Capitol, later released a video on social media in which he repeated the false claim of election fraud -- even telling the mob "we love you."