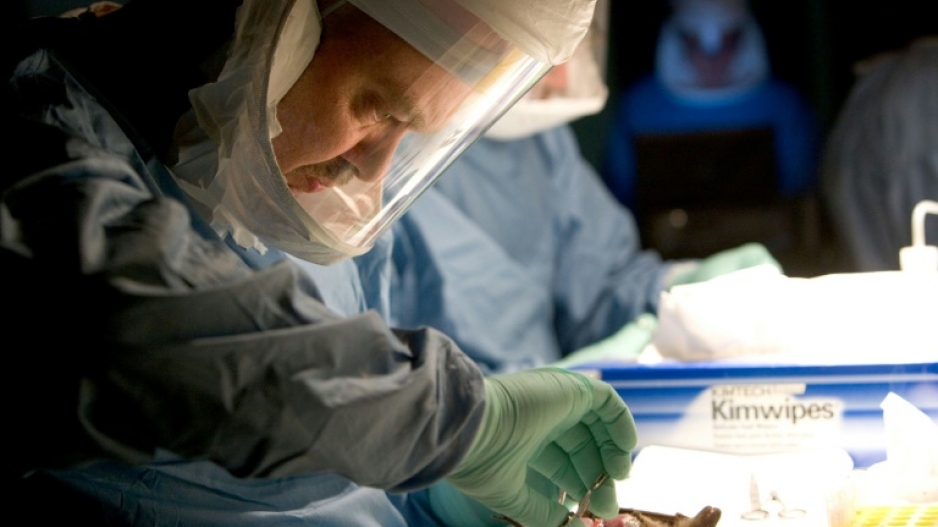 The deadliest epidemic so far occurred in northern Angola in 2005, in which 329 patients out of 374 died. AFP/Christopher Black/WHO

CONAKRY - Guinea has recorded the first known case of Marburg virus, a lethal cousin to Ebola, the UN's World Health Organization (WHO) said.

Here is a factfile on the disease (source: WHO, US Centers for Disease Control and Prevention).

According to past outbreaks, the average fatality rate is 50 percent, in a range of 24-88 percent.

The virus is part of the so-called filovirus family to which the Ebola virus also belongs.

It takes its name from the German city of Marburg, where it was first identified in 1967, in a lab where workers had been in contact with infected green monkeys that had been imported from Uganda.

Two other outbreaks occurred at the same time in Frankfurt, also in Germany, and in Belgrade, then the capital of Yugoslavia, now Serbia. Seven people died.

The natural "reservoir," or host, of the Marburg virus is the African fruit bat. 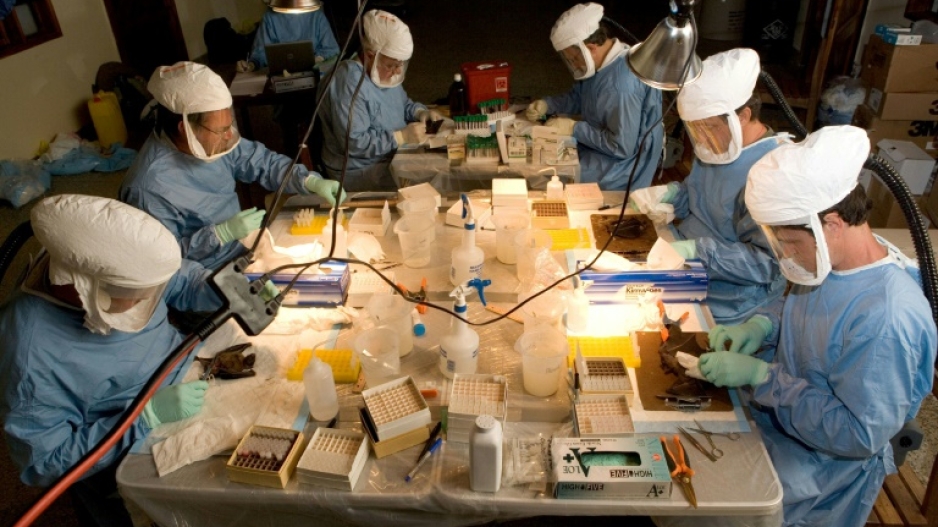 WHO scientists recover samples of the virus for analysis

The cave-dwelling mammals carry the virus but do not fall sick from it, and can hand the virus to primates in close proximity, including humans -- one suspected pathway is the killing or butchering of infected bats for food.

Human-to-human transmission then occurs through contact with blood or other bodily fluids, or contact with surfaces such as bedding or clothing that are contaminated with these fluids. Some infections have happened accidentally in the lab, through needle wounds.

The virus takes between two and 21 days to incubate, leading to abrupt symptoms of high fever, severe headaches, muscular pain, vomiting and diarrhoea -- symptoms that can make Marburg difficult to diagnose initially, as they are similar to diseases such as typhoid and malaria.

Haemorrhagic episodes typically follow between five and seven days later, with blood in the vomit and faeces and bleeding from the nose, gums and vagina. In fatal cases, death occurs most often between eight and nine days.

- What treatments are available? -

There are no vaccines or antiviral treatments for Marburg disease. However, rehydration with oral or intravenous techniques improves survival and experimental use of monoclonal antibody drugs has been promising.

This is why it is crucial to stamp out the disease from the outset, say experts.

"You have to step up surveillance, identify all contact cases in order to isolate them if they start developing the disease, to prevent any transmission," said Ousmane Faye, a virologist at the Pasteur Institute in Dakar, the capital of Senegal.

The single case that has so far been detected in Guinea occurred in a village in the district of Gueckedou, in a forested region in the south of the country close to the borders with Sierra Leone and Liberia.

The patient is a man who died on August 2 after developing symptoms on July 25.

Three of his relatives and a health workers have been identified as being at high risk and are under close surveillance. Around 150 others, considered contact cases, are also being monitored daily. The country has also stepped up cross-border vigilance.

Previous outbreaks and sporadic cases have been recorded in South Africa, Angola, Kenya, Uganda and the Democratic Republic of Congo.

The deadliest epidemic so far occurred in northern Angola in 2005, in which 329 patients out of 374 died.

Guinea is one of the poorest countries in the world.

It was one of three countries, along with Liberia and Sierra Leone, which was hit by the biggest-ever epidemic of Ebola, an episode that ran from 2013-16 and claimed more than 11,300 lives.

A second outbreak in Guinea began in February this year, killing 12 people before being declared over on June 19.