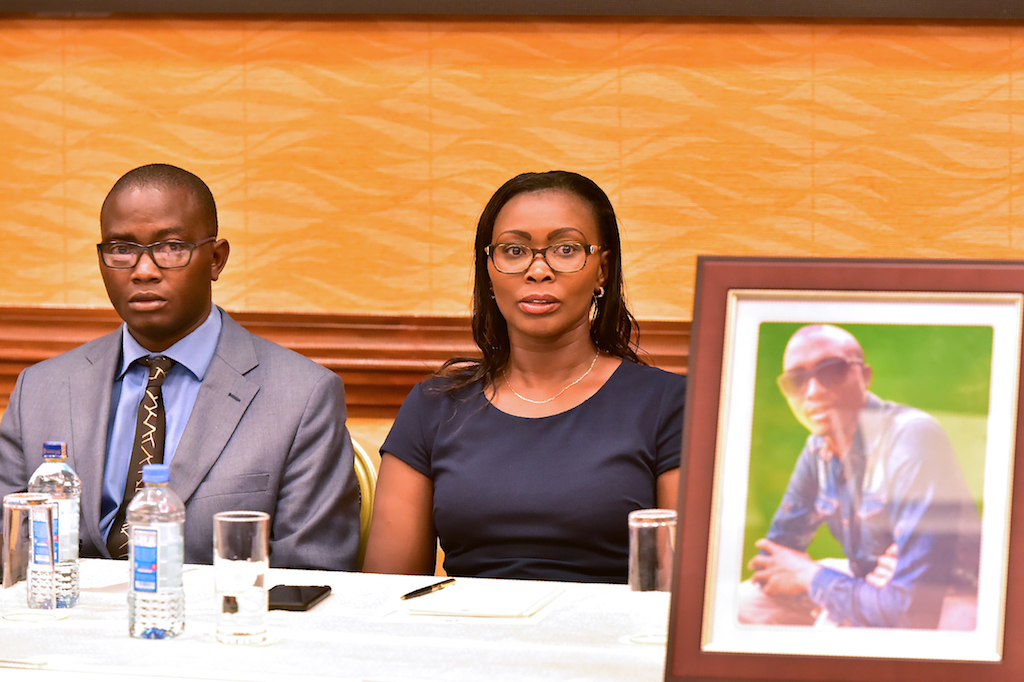 Tom and Esther Kabau announced their intention to file a law suit against US plane manufacturers Boeing over the wrongful death of their kin, George Kabau, (portrait) in last month's plane crash involving Ethiopian Airlines flight 302.

NAIROBI - A Kenyan family has filed a lawsuit in Chicago against American aviation giant Boeing over a March 10 Ethiopian Airlines crash that killed 157 people, lawyers and family members said.

Siblings of 29-year-old engineer George Kabau said they wanted to force the company to release documents and emails relating to its 737 MAX 8 model, which was grounded worldwide after two major plane crashed in Ethiopia and Indonesia.

A preliminary report released earlier this month indicated Ethiopian Airlines pilots wrestled with a computer system that repeatedly ordered the nose down because of faulty sensor data. The same system was a focus of the preliminary report into the October Lion Air crash in Indonesia, which killed 189 people.

Dozens of families are already suing Boeing over the Lion Air crash, and three lawsuits have already been lodged over the Ethiopian Airlines crash, by the families of two Americans, including consumer activist Ralph Nader's great niece, and a Rwandan.

Lion Air's co-founder on Monday lashed out at Boeing's handling of the accidents.

Kabua's sister, Esther Kabau-Wanyoike, choked up as she told a press conference that she wanted to use her brother's death to improve aviation safety.

"He didn't leave a child. My mum is devastated," she said. "We can use his demise to ensure safer travel for all."

US lawyer Nomi Husain, who is also representing one of the American families, said the lawsuit was filed in Chicago late on Monday. The family was seeking to hold Boeing accountable, he said.

"We want to let the litigation process play out," he said. "When you put profits over safety, you will be held accountable and you will pay a price."

Boeing, which has previously declined to comment on individual lawsuits, and directed enquiries about the crash to investigating authorities, had no immediate comment on the latest case.