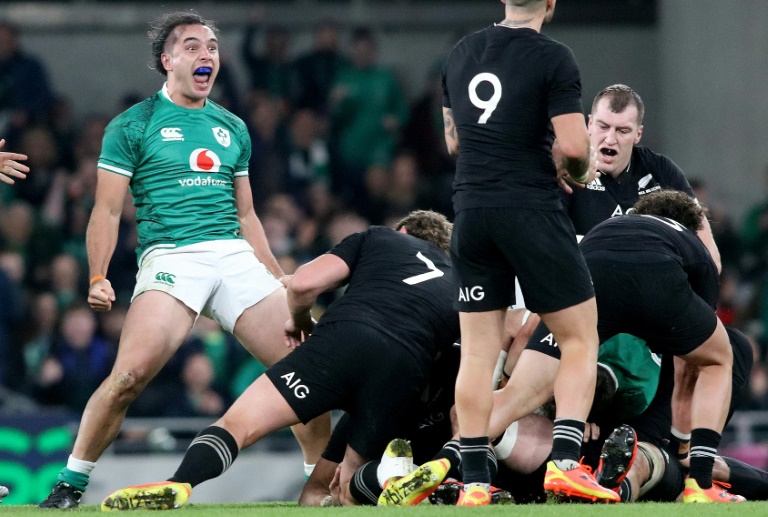 DUBLIN - Ireland head coach Andy Farrell said there is a 'nice blend' of experience and fresh talent in the 37-man squad he named ahead of the Six Nations on Wednesday.

Farrell's side finished third in last year's championship but head into this one with a spring in their step having racked up eight successive Test victories including one over New Zealand last November.

The 46-year-old Englishman has named just two uncapped players -- Ulster's Michael Lowry and Mack Hansen of Connacht -- but there are several who earned their first cap in the past year.

On the flipside of the experience barometer the side will be led by legendary fly-half Johnny Sexton, who has 101 caps.

Another test centurion Cian Healy features in the squad with the likes of Conor Murray and Keith Earls, who both have over 90 caps to their name.

"We have a strong squad with competition for places across the board," said Farrell in an Irish Rugby Football Union (IRFU) statement.

"There is a nice blend of experienced internationals and guys who have had their first taste of this level in the past 12 months."

Leinster trio Tadhg Furlong, Jordan Larmour and James Ryan -- who has stood in for Sexton as captain when the latter has been injured -- are all included.

Furlong and Larmour both went off early due to injury in Leinster's demolition of Montpellier in last Sunday's Champions Cup clash whilst Ryan pulled out due to a hamstring problem.

However, none of their injuries appear to be a cause for concern.

"In November we challenged the group to get up to speed quickly so that the team could perform at international level," said Farrell.

"The same will apply for this Six Nations campaign, we need to be at our best against Wales on the opening weekend.

"The games in November gave us a good foundation to build on and areas where we know we will have to improve."

The Irish will prepare for the opening match, at home to champions Wales in Dublin on February 6, in Portugal.