Fate of France telecoms boss in balance after conviction 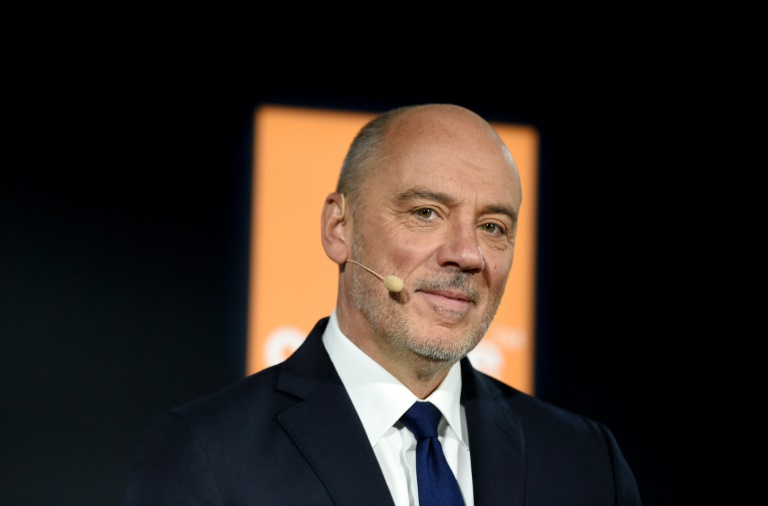 Orange's board will decide the future of CEO Stephane Richard following his conviction.

PARIS - The board of French telecoms giant Orange will meet on Wednesday to discuss the fate of its CEO Stephane Richard after he was convicted over his role in a fraud-tainted state payout to tycoon Bernard Tapie and given a one-year suspended sentence.

Richard, 60, is one of several senior officials past and present to be caught up in a decade-old scandal over the colossal 404-million-euro ($453-million) payment made to Tapie in 2008 when Richard was working in the French finance ministry.

The scale of the damages won by Tapie in a dispute over the state's sale of his stake in Adidas sports apparel company sent shockwaves through France and created suspicion that the arbitration panel appointed by then finance minister Christine Lagarde to settle the matter was biased in Tapie's favour.

In 2019, the Paris criminal court acquitted Tapie, who died last month, of any wrongdoing, along with Richard and three others.

But the appeal court on Wednesday overturned that ruling, concluding that the arbitration award, which was annulled in 2015, had been "fraudulent"

Richard, who was Lagarde's chief of staff, was convicted of complicity in misuse of public funds for advising that the row with Tapie be settled out of court.

The presiding judge said he "committed serious offences in putting the interests of Bernard Tapie above those of the state or the public finances he was tasked with defending."

"The accusations of complicity in the embezzlement of public funds are without merit and are not based on any evidence," he said in a statement to AFP.

"I am putting my mandate (as CEO) in the hands of Orange's board of directors," he added.

The economy ministry said Orange's board would meet to "draw conclusions" from the court ruling. The French government holds a 23 percent stake in Orange.

Tapie, a tycoon, entertainer and former minister who won admiration for his rise from humble beginnings, died last month after battling stomach cancer.

A huge sports fan, he was the longtime chair of the Olympique de Marseille football club.

The arbitration panel judged that he had been the victim of fraud when he sold his stake in Adidas in 1993 to state-run French bank Credit Lyonnais, which was found to have undervalued the sportswear brand.

Lagarde came under fire for deciding not to appeal the amount of the award -- a decision for which she was found guilty of negligence in 2016 by a court that rules on cases of ministerial misconduct.

Her handling of the case sparked suspicion that her former boss Sarkozy, whom Tapie had backed for president in 2007, was favourably disposed towards the businessman -- allegations Sarkozy vehemently denied.

The stiffest sentences Wednesday were handed to Pierre Estoup, one of the three arbitration judges, and Maurice Lantourne, Tapie's former lawyer, whom the court convicted of having rigged the arbitration in Tapie's favour.

Estoup, now aged 95, was ordered to serve three years in prison for fraud, while Lantourne was handed a three-year sentence, including one year to serve in prison and two suspended, for complicity in misuse of public funds.

Jean-Francois Rocchi, the former head of an entity created by the state to settle with Credit Lyonnais creditors, was given a two-year suspended sentence.

Russia planning Ukraine offensive with up to 175,000 troops: report