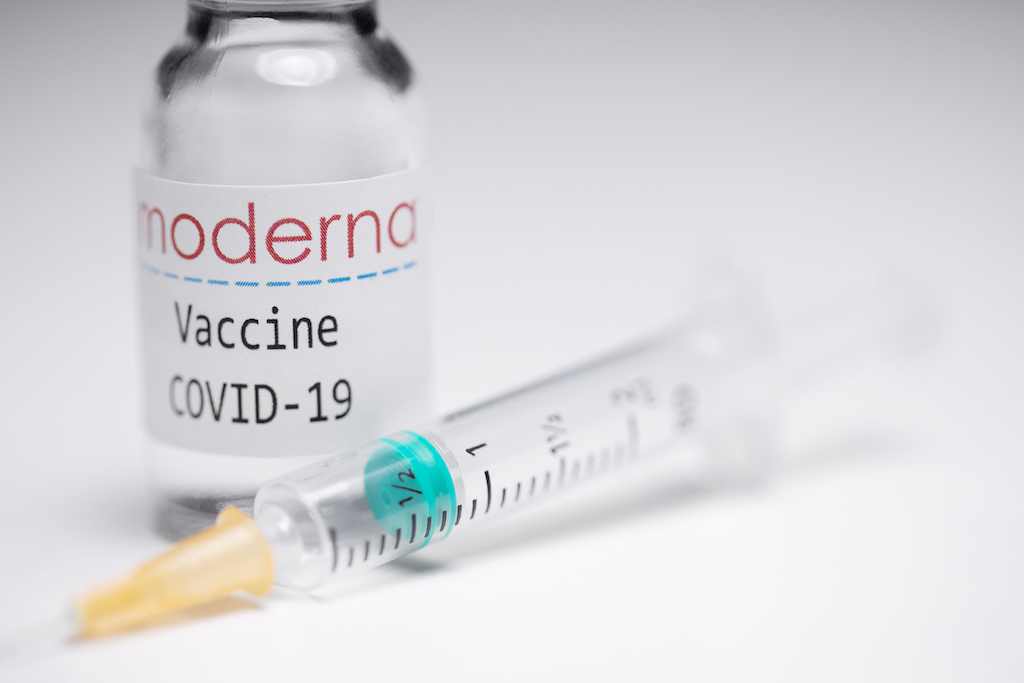 Moderna and NIAID announced their preliminary results based on 95 of the 30,000 volunteers they had recruited who fell ill with COVID-19. AFP/Joel Saget

WASHINGTON - The United States' top infectious disease scientist hailed early trial results from Moderna's COVID-19 vaccine as "stunningly impressive," and said the findings were an emphatic validation of experimental mRNA technology that some had doubted.

In an interview with AFP, Anthony Fauci said he would have settled for injections that protected 70 to 75 percent of people from falling sick.

"The idea that we have a 94.5 percent effective vaccine is stunningly impressive. It is really a spectacular result that I don't think anybody had anticipated would be this good," he said.

Fauci leads the National Institutes of Allergies and Infectious Diseases (NIAID), which began co-developing the vaccine with the US biotech company in January, shortly after China shared the genetic sequence of the new coronavirus.

It is based on a relatively new technology that uses a synthetic version of a molecule called "messenger RNA" to hack into human cells, and effectively turn them into vaccine-making factories.

No vaccine based on this platform has ever been approved.

READ: Vaccine will not be enough to stop COVID-19 pandemic: WHO chief

"There were many people who had reservations about using something that had not been tried and true over the years; in fact, some people even criticized us for that," said Fauci.

On Monday, Moderna and NIAID announced their preliminary results based on 95 of the 30,000 volunteers they had recruited who fell ill with Covid-19.

Of the 95, 90 had been in the trial's placebo group, and five in the group that received the drug, called mRNA-1273, translating to an efficacy rate of 94.5 percent.

READ: Whole world must benefit from COVID-19 vaccine: WHO chief

Fauci recalled that some had questioned whether the vaccine would prevent severe forms of COVID-19, not just mild or moderate cases -- and this too had been resoundingly answered.

"There were 11 severe events, none in the vaccine group -- 11 in the placebo group, so that settles the question of whether it prevents severe disease, which it definitely does."

Looking forward, Fauci said he was worried about anti-vaccine sentiment in the United States, the country that has been the worst-hit by the pandemic.

"You've got to overcome that and convince people to get vaccinated, because a vaccine with a high degree of efficacy is of no use if nobody gets vaccinated."