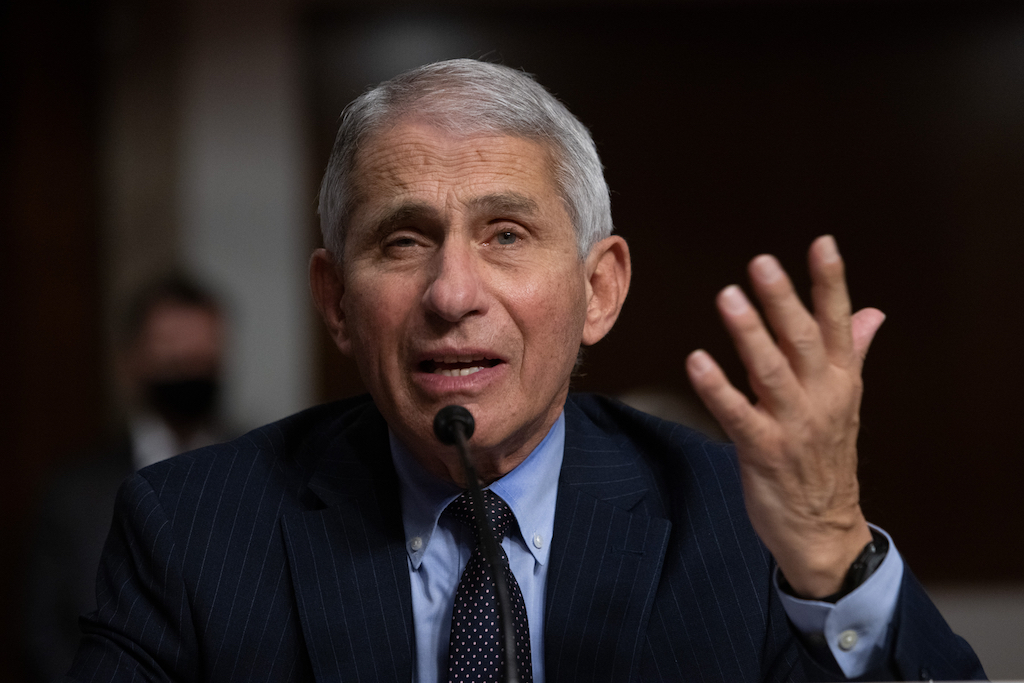 Anthony Fauci said the comments attributed to him without his permission in the GOP campaign ad were taken out of context from a broad statement made months ago. AFP/Pool

WASHINGTON - Top government scientist Anthony Fauci said that an ad aired by Donald Trump's reelection campaign was edited to make him seem to endorse the president's handling of the coronavirus pandemic.

"In my nearly five decades of public service, I have never publicly endorsed any political candidate," Fauci, the longtime director of the National Institute of Allergies and Infectious Diseases, said in a statement sent to AFP.

The 30-second campaign ad cites Trump's personal experience with the virus -- "President Trump is recovering from the coronavirus, and so is America," it says -- before including a brief clip in which Fauci appears to praise the president's response to the pandemic.

"I can't imagine that anybody could be doing more," Fauci is shown as saying, creating the clear impression he is referring to Trump.

But a complete clip of Fauci's comments, made during an interview in March with Fox News, shows the doctor saying: "I have been devoting almost full time on this. I'm down at the White House virtually every day with the task force. It's every single day. So, I can't imagine that under any circumstances that anybody could be doing more."

In his statement on Sunday, Fauci said, "The comments attributed to me without my permission in the GOP campaign ad were taken out of context from a broad statement I made months ago about the efforts of federal public health officials."

Trump defended the clip, and his handling of pandemic, and rebutted the doctor's criticism.

"They are indeed Dr. Fauci's own words. We have done a 'phenomenal' job, according to certain governors," the president wrote in a tweet.

As a leading member of the White House task force on the coronavirus, the 79-year-old doctor has frequently had to walk a fine line in attempting to clarify -- or correct -- the Trump's often incautious assertions about the disease or the treatments and vaccines being developed against COVID-19.

Fauci has at times aroused Trump's ire, as when the president in April retweeted a message containing the hashtag #FireFauci -- before publicly insisting the doctor was doing a great job.