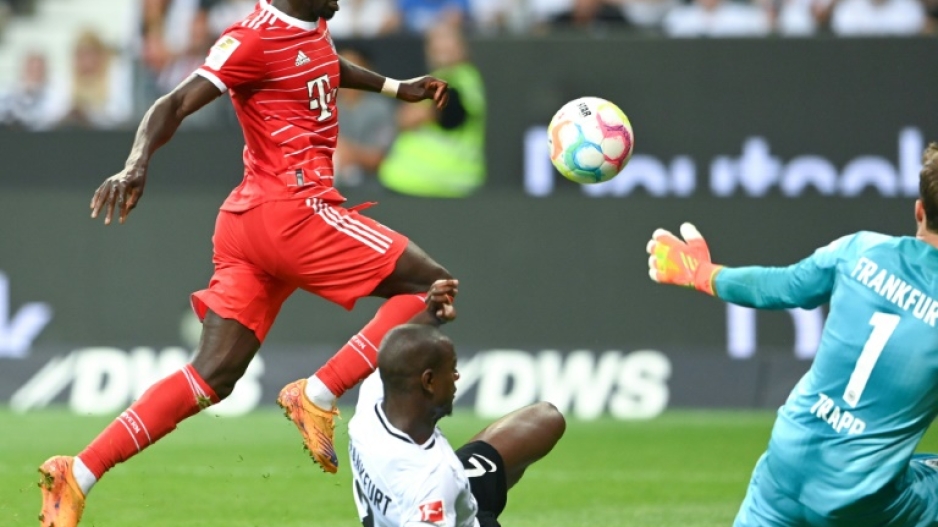 MUNICH - Bayern Munich coach Julian Nagelsmann said he didn't mind if it was beginning to feel "normal" for his team to win the title, after thrashing an overwhelmed Eintracht Frankfurt 6-1 away at Deutsche Bank Park on Friday.

Munich got their quest for an 11th consecutive Bundesliga title off to the best possible start, with teenage forward Jamal Musiala scoring two as Bayern dismantled the reigning Europa League champions.

Asked after the match if Munich winning the Bundesliga was begnning to feel like "normality", Nagelsmann unsurprisingly said he was happy with the status quo.

"When you win ten in a row, yes it starts to feel normal," he told broadcaster DAZN.

"But I don't really care if it feels normal or not - but yes, it can stay 'normal'.

"The first half was oustanding. I don't think it'll always be like this, but we should be satisfied."

The Senegalese was one of five different goal scorers for Munich, allaying fears Bayern may be toothless up front after the summer exit to Barcelona of Robert Lewandowski.

Joshua Kimmich, Benjamin Pavard, Musiala (two) and Serge Gnabry also got on the scoresheet for the Bavarians.

Kimmich opened the scoring in the fifth minute via a free kick, with his shot bouncing in off the post past a stunned Trapp, who may have had his vision obscured by dense fog caused by the pyrotechnics of his own home fans.

Kimmich lauded the variety of his side's new attack. 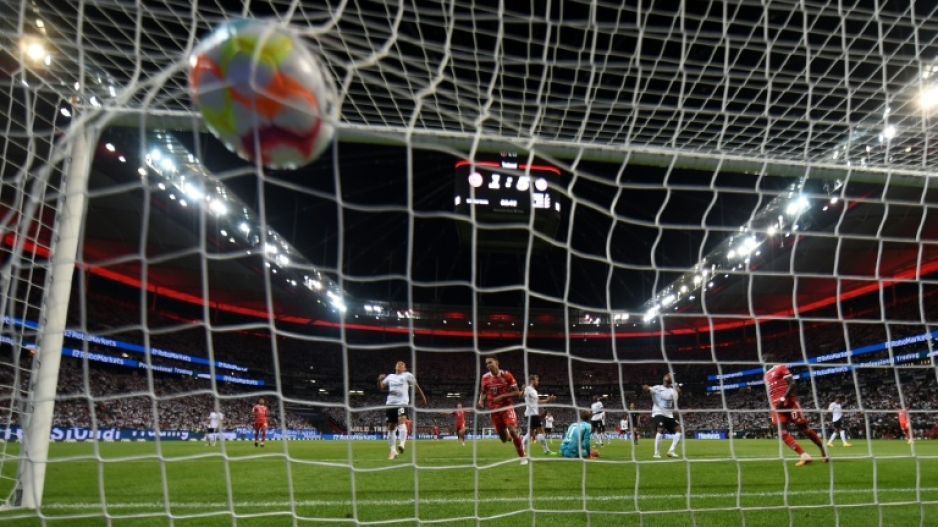 French defender Pavard scored just five minutes later, volleying in a loose ball across his body in a manner reminiscent of his goal of the tournament against Argentina in the 2018 World Cup.

Despite the opening onslaught, the next stages belonged to the home side, who had two clear cut chances to peg one back.

A header from Tuta hit the crossbar one minute after Pavard's goal, while in the 27th minute midfielder Jesper Lindstrom dribbled past several Munich defenders and had keeper Manuel Neuer beaten but sprayed his shot just wide of the left-hand post.

Munich won back the initiative immediately, with Mane heading in past Trapp to score Bayern's third and take the wind out of Frankfurt's sails.

Teenager Musiala continued his impressive pre-season form that saw him named man of the match in Bayern's 5-3 Super Cup win over Leipzig, tapping in a dribbled cross from Thomas Mueller from close range.

Fresh from signing a new deal that will see him stay in Munich until at least 2026, Gnabry tickled the ball under keeper Trapp in the 43rd minute to put Bayern 5-0 up at half-time.

Seeking to bring some defensive stability to his side, Frankfurt coach Oliver Glasner made three changes at half-time including pulling captain Sebastian Rode from the field.

Glasner may have also had one eye on Frankfurt's midweek UEFA Super Cup clash with Real Madrid.

Glasner praised his team's effort but said they had no answer for the Bavarians.

"The whole time, the boys tried everything, but Bayern were just two good for us. Today we didn't have a chance," said the coach.

Rode summed up his side's performance.

"The first half was an absolute debacle".

Frankfurt striker Randal Kolo Muani, another one of those subbed on at half-time, managed to pull one back in the 64th minute, scoring on debut for the Eagles.

The France under-21 international slid the ball into an empty net after Neuer lost control, having travelled too far outside the Munich box.

Musiala scored his second in the 83rd minute, putting the ball under Trapp from close range after beating off several exhausted Frankfurt defenders.

At one point it appeared Bayern were on track to eclipse their own record for the best performance in an opening round clash, set in 2020 when they trounced Schalke 8-0 in a season where the Royal Blues were ultimately relegated.