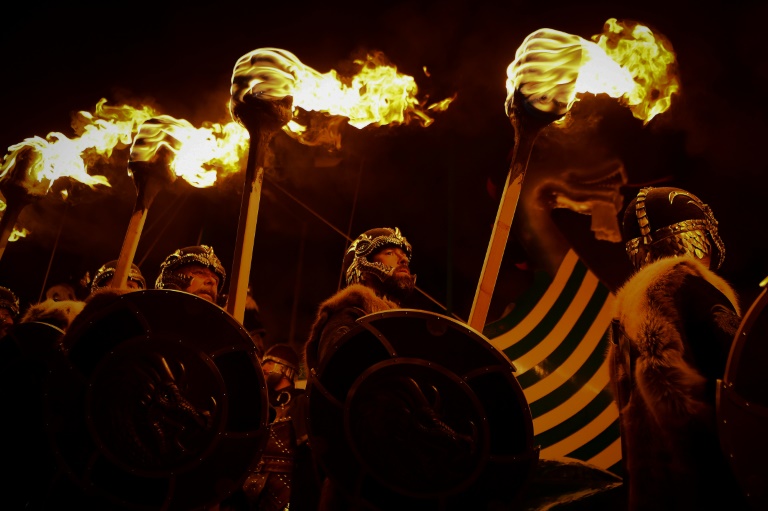 The 'Up Helly Aa' festival on Shetland has been male-only since 1881 but next year will allow female participants. AFP/Andy Buchanan

EDINBURGH - Women will be allowed to take part in the main Viking-inspired torchlight procession on the remote Scottish island of Shetland for the first time next year, organisers said.

The committee in charge of the "Up Helly Aa" festival, which commemorates the end of the Christmas season, said that it was time to lift restrictions on women taking part in the traditionally male-only procession.

"The decision means the festival in Lerwick on Tuesday 31 January 2023 will have a different dimension to it, but we have no doubt that its essence and spirit will remain the same," committee secretary Robert Geddes said.

The event, which is popular among tourists, traditionally involved around 1,000 male participants known as guizers in Viking dress, dividing into squads to parade through the town.

The walk is led by the "Guizer Jarl" or "chief guizer", and culminates in the participants using their flaming torches to set ablaze a replica Viking longship. 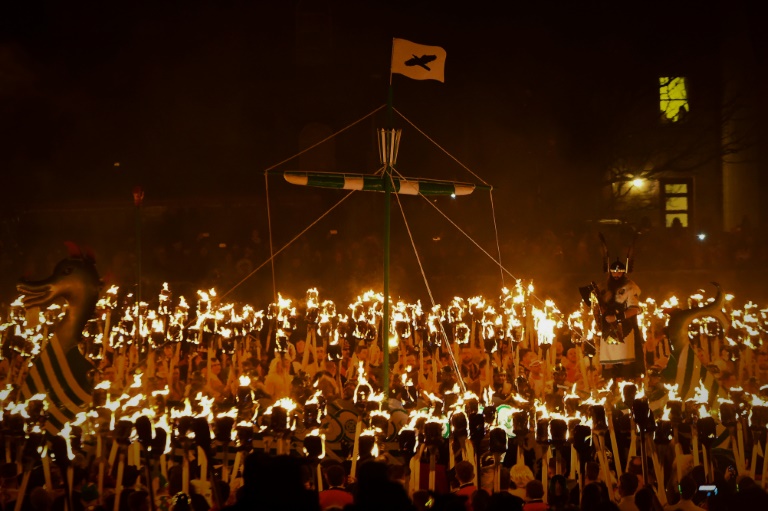 The modern event, first held in 1881, is famous for its festive parties which often involve traditional Shetland dancing and copious alcohol consumption.

Rural "Up Helly Aa" processions on Shetland, which lies in the middle of the North Sea some 640 kilometres from Edinburgh, started allowing women to take part in 2015.

But the Lerwick committee stood firmly against allowing female participants to get involved in celebrating the island's Norse heritage.

"We felt that it was time to give squads a choice over their guizers, including allowing female participation," Geddes said.

The other criteria for participation -- that guizers be older than 16 and have lived in Shetland continuously for five years -- remains the same for the event, which has not been held since 2020 due to the Covid-19 pandemic.