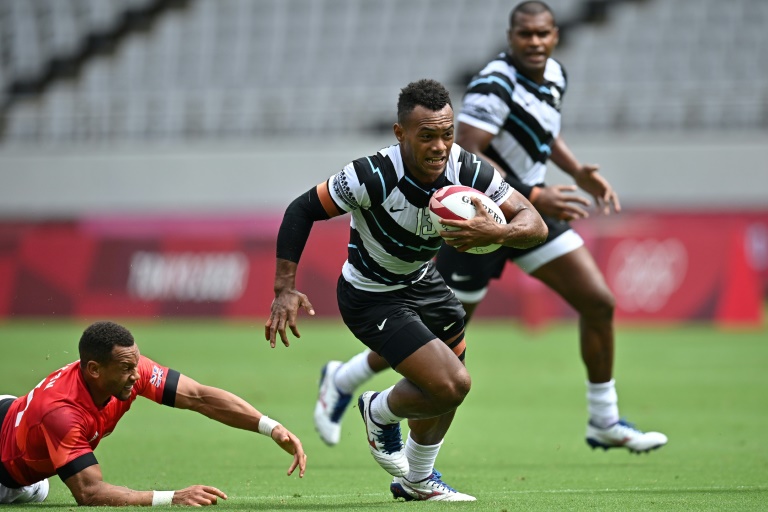 Sireli Maqala had been linked with a move to new Super Rugby franchise the Fijian Drua. AFP/Ben Stansall

BAYONNE - French second-tier Bayonne said Sireli Maqala will join the club despite Fiji's Olympic rugby sevens gold medallist claiming he had backed out of the deal in August.

Maqala told the Fiji Times he had turned down the offer to concentrate on playing for the national team.

The utility back, who has yet to play 15-a-side rugby outside of Fiji, will fly to Ireland this week to obtain his work visa and then travel to France.

"Three months after announcing his signature at the end of July and after his Olympic victory in Tokyo with Fiji Sevens, Sireli Maqala will arrive soon in the Basque Country," Bayonne said.

"It's on Tuesday November 2 that Maqala, who has signed for two seasons until 2023, is expected to be in Bayonne" they added.

Maqala will be presented to the Stade Jean-Dauger crowd on Friday November 5 before the ProD2 game with Mont-de-Marsan.