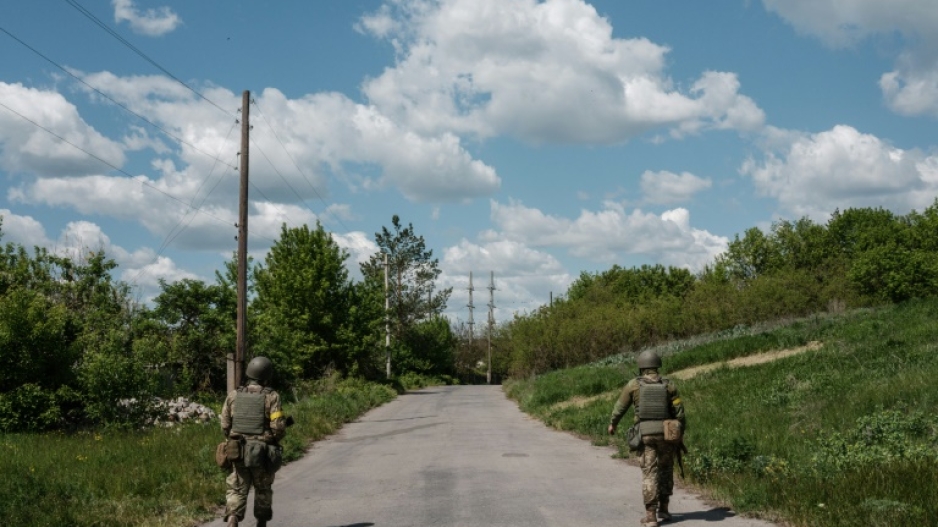 HELSINKI - Finland and Sweden on Wednesday submitted a joint application to join NATO as Russia's invasion of Ukraine forces a dramatic reappraisal of security in Europe.

The reversal of the Nordic countries' longstanding policy of non-alignment came as the war nears its third month and Ukraine strives to evacuate the last of its soldiers holed up at the Azovstal steelworks in Mariupol.

Azovstal has become emblematic of the fierce Ukrainian resistance that has forced Russian President Vladimir Putin to reorient his military goals after a devastating campaign strewn with alleged war crimes.

In Ukraine's capital Kyiv, the first war crimes trial of a Russian soldier since the invasion began was set to get under way at 1100 GMT.

"By this first trial, we are sending a clear signal that every perpetrator, every person who ordered or assisted in the commission of crimes in Ukraine shall not avoid responsibility," prosecutor general Iryna Venediktova said.

At NATO headquarters in Brussels, alliance chief Jens Stoltenberg formally received the applications from the Finnish and Swedish ambassadors, calling them "an historic step". 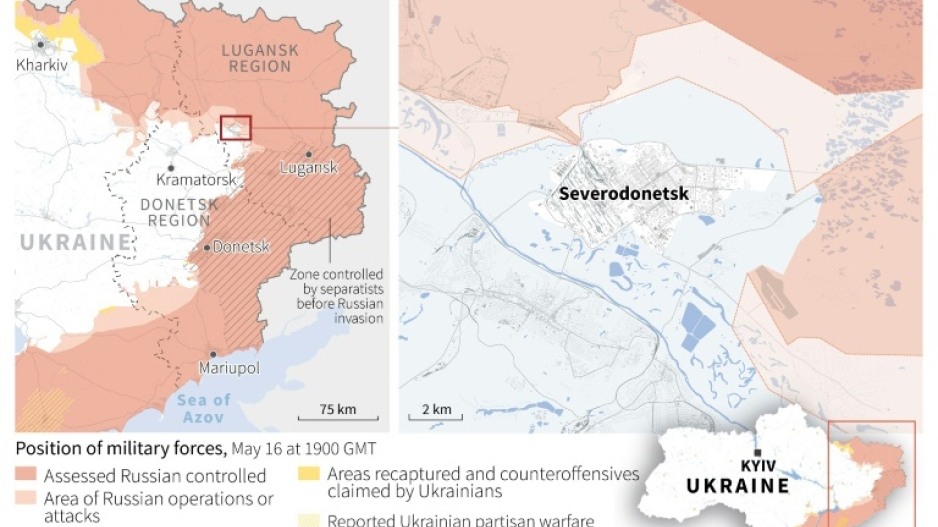 The membership push could represent the most significant expansion of NATO in decades, doubling its border with Russia, and Putin has warned it may trigger a response from Moscow.

But the applications face resistance from NATO member Turkey, which has threatened to block them over accusations the Nordic neighbours act as safe havens for armed groups opposed to Ankara.

Western allies remain optimistic they can overcome Turkey's objections and for now, several including Britain have offered security guarantees to Finland and Sweden to guard against any Russian aggression.

On the ground, in the ruined port city of Mariupol, a unit of soldiers had been holding out in Azovstal's underground maze of tunnels, but Moscow said Wednesday that 959 of the troops had surrendered this week.

Kyiv's defence ministry said it would do "everything necessary" to rescue the undisclosed number of personnel still in the steelworks, but admitted there was no military option available.

"The evacuation mission continues, it is overseen by our military and intelligence," Ukrainian President Volodymyr Zelensky said in his nightly address.

"The most influential international mediators are involved."

Zelensky's aide, Oleksiy Arestovich, said he would not comment further while the operation was ongoing. "Everything is too fragile there and one careless word can destroy everything," he said.

Those who have left Azovstal were taken into Russian captivity, including 51 who were heavily wounded, the Russian defence ministry said. 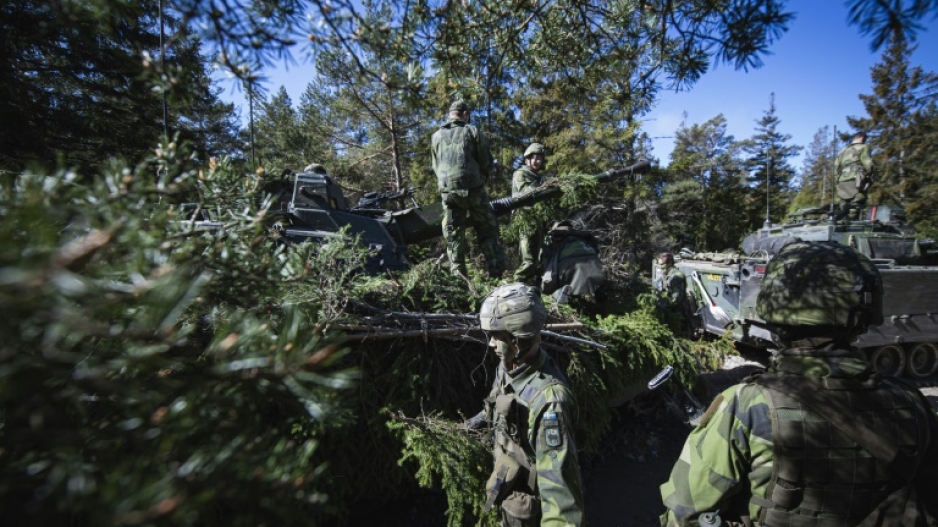 The ministry, which published images showing soldiers on stretchers, said the injured were transported to a hospital in the eastern Donetsk region controlled by pro-Kremlin rebels.

The defence ministry in Kyiv said it was hoping for an "exchange procedure... to repatriate these Ukrainian heroes as quickly as possible".

But their fate was unclear, with Kremlin spokesman Dmitry Peskov refusing to say whether they would be treated as criminals or prisoners of war.

Putin had "guaranteed that they would be treated according to the relevant international laws", Peskov said.

'My war is not over'

Despite their last-ditch resistance in places such as Mariupol, and their successful defence of Kyiv, Ukrainian forces are retreating across swathes of the eastern front.

White smoke from burning fields marks the pace of Russia's advance around the village of Sydorove, on the approaches to the militarily important city of Slovyansk and Ukraine's eastern administrative centre in Kramatorsk.

Army volunteer Yaroslava, 51, sat on a slab of concrete jutting out from the remains of a school in Sydorove where her husband's unit had set up camp before it was hit by a Russian strike.

She stared at a spot where rescuers and de-miners had spotted a motionless hand reaching out from the rubble.

"We had settled in London before the war but felt like we had no choice but to come back," Yaroslava said. 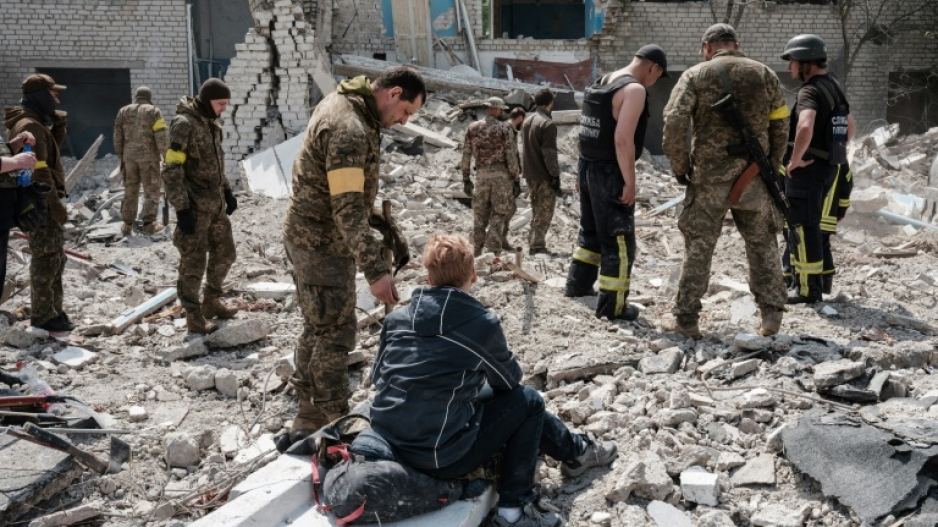 "My two sons have just signed three-year contracts with the army. We will fight. We will still fight," she said without moving her eyes.

The war crimes trial in Kyiv, expected to be followed by several others, will test the Ukrainian justice system at a time when international bodies are also conducting their own investigations.

Vadim Shishimarin, 21, from Irkutsk in Siberia, is accused of shooting an unarmed 62-year-old man in Ukraine's Sumy region on February 28 -- four days into the invasion.

Shishimarin faces a possible life sentence. Prosecutors said he was commanding a unit in a tank division when his convoy came under attack.

He and four other soldiers stole a car and encountered the man on a bicycle, shooting him in cold blood, according to the prosecutors.

The International Criminal Court said Tuesday it was deploying its largest-ever field team to Ukraine, with 42 investigators, forensic experts and support staff being sent into the field to gather evidence of alleged atrocities. 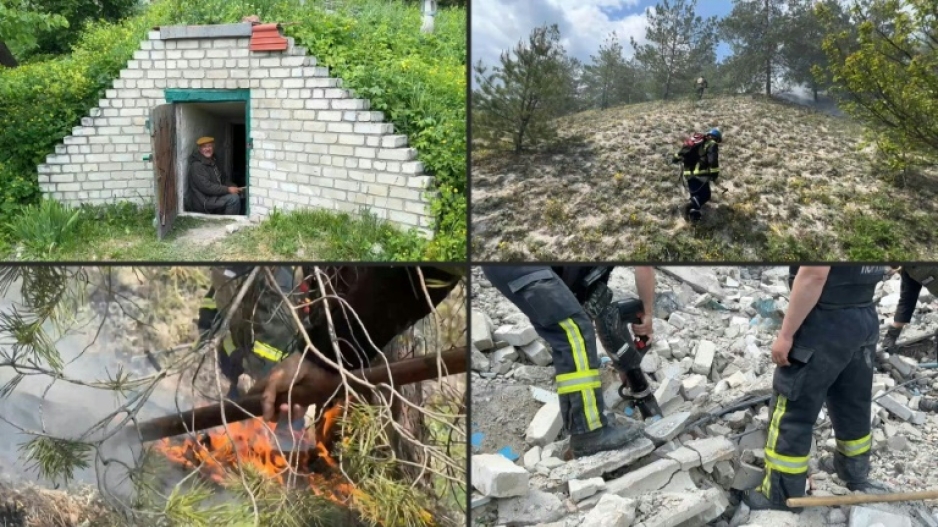 The Conflict Observatory will "capture, analyse, and make widely available evidence of Russia-perpetrated war crimes and other atrocities in Ukraine", the department said Tuesday.