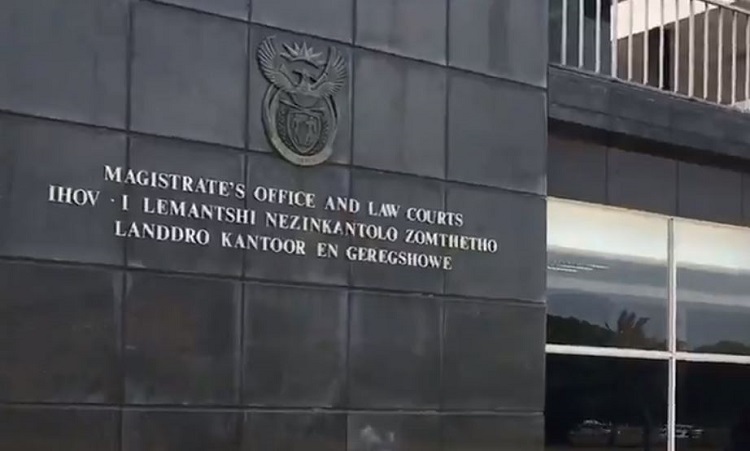 DURBAN - The Department of Justice has banned firearms at the Durban Magistrates Court.

Only court orderlies on duty will be allowed to carry guns.

This is in reaction to the killings inside the courtroom, when a police officer fatally shot his estranged wife and brother-in-law, before turning the gun on himself.

The fatal shooting has now forced the tightening of security at the Durban Magistrates Court.

Questions have been raised to how the alleged shooter entered the courtroom armed and whether this amounts to a security lapse.

“He was a policeman. It doesn’t appear as if he smuggled this weapon in. It may have been that he was allowed to bring his weapon in because he is a policeman he would have been allowed to unless he explained he was going to be an interested party in the case”, said John Jeffrey, Deputy justice minister.

Now, the Justice Department is considering placing this ban at all courts across the country.

“So, what has happened now in this court is there is a ban being put on people, policeman and police officers bringing weapons firearms into court, it’s only the court orderlies who are also policeman but they have got a specific function, who can have firearms. There is a lot of discussions going on around beefing up security at this court and other courts in KZN as well as the country”, he said.

Jeffrey said the Department has launched an investigation into the matter.

But he would not say when it will be completed.