Firefighting plane 'may have crashed' while battling Australia blaze 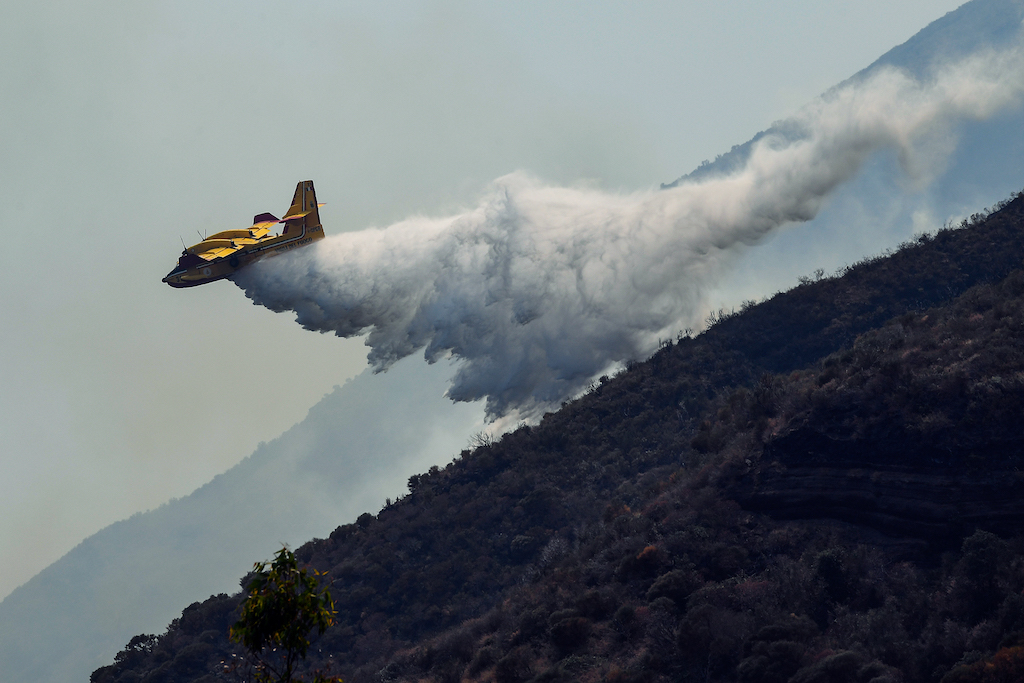 File: The New South Wales Rural Fire Service said it was investigating reports of a serious incident involving an aircraft.

SYDNEY - A water-bombing plane may have crashed while fighting a massive bushfire in mountains near Sydney, Australian authorities said.

This as blazes flared across the country on Thursday.

The New South Wales Rural Fire Service said it was "investigating reports of a serious incident involving an aircraft in southern NSW this afternoon".

"Contact was lost with a large air tanker which was working in the Snowy Monaro area," the agency said in a statement.

"Local ground crews indicate the aircraft may have crashed. A number of helicopters are in the area carrying out a search."

The bushfire in the Snowy Mountains, about five hours from Sydney, is burning across almost 94,000 hectares.

High temperatures and strong winds have fuelled an outbreak of new blazes across several areas in eastern Australia, ending a period of respite following several days of rains and cooler weather.

The country has been battling an unprecedented wave of wildfires since September that have devastated communities, killing at least 29 people and destroying more than 2,000 homes.

According to the Rural Fire Service website, a large air tanker was to be based in New South Wales year-round starting in late 2019.

The Boeing 737 planes, which typically have two pilots on board, can carry more than 15,000 litres of water or fire retardant and are used to support ground crews in their firefighting efforts.