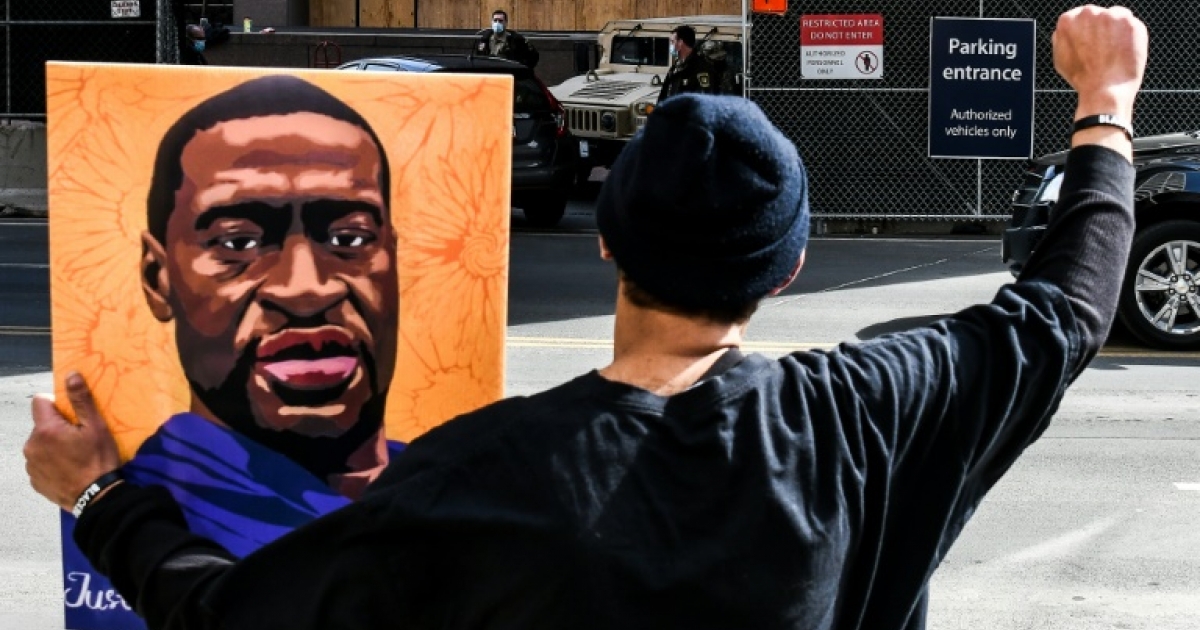 A demonstrator holds a portrait of George Floyd outside the Minneapolis courthouse where the trial of the police officer accused of his death is taking place. AFP/Chandan Khanna

MINNEAPOLIS - The first jurors were selected on Tuesday in the high-profile trial of the white police officer accused of killing George Floyd, an African-American man whose death laid bare racial wounds in the United States and sparked "Black Lives Matter" protests across the globe.

Former Minneapolis Police Department officer Derek Chauvin is facing charges of second-degree murder and manslaughter in connection with Floyd's May 25 death, which was captured by bystanders on smartphone video.

Jury selection had been scheduled to begin on Monday but was delayed for a day as prosecutors sought to reinstate a third-degree murder charge against the 44-year-old Chauvin.

A Minnesota court of appeals has not yet issued its ruling but Hennepin County Judge Peter Cahill, clearly impatient to get the landmark trial moving, decided to go ahead with jury selection anyway.

After hours of detailed questioning by the defence team and prosecutors, three jurors were selected on Tuesday for the 12-member panel that will decide Chauvin's fate.

Second-degree murder carries a maximum sentence of 40 years in prison.

The jury selection process could take up to three weeks with opening arguments expected to begin on March 29.

Chauvin was dismissed from the police force after he was captured on video with his knee on the neck of a pleading, gasping Floyd for nearly nine minutes.

Chauvin, who has been free on bail, appeared in court on Tuesday wearing a light grey suit and a black face mask at a desk surrounded by plexiglass as a COVID-19 precaution.

READ: Trial to begin for US policeman charged with George Floyd death

He frequently jotted down notes on a yellow legal pad and conferred with his lawyers as prospective jurors were being questioned.

Lawyers for both sides face the difficult task of finding jurors who have not already made up their minds about the widely publicised case.