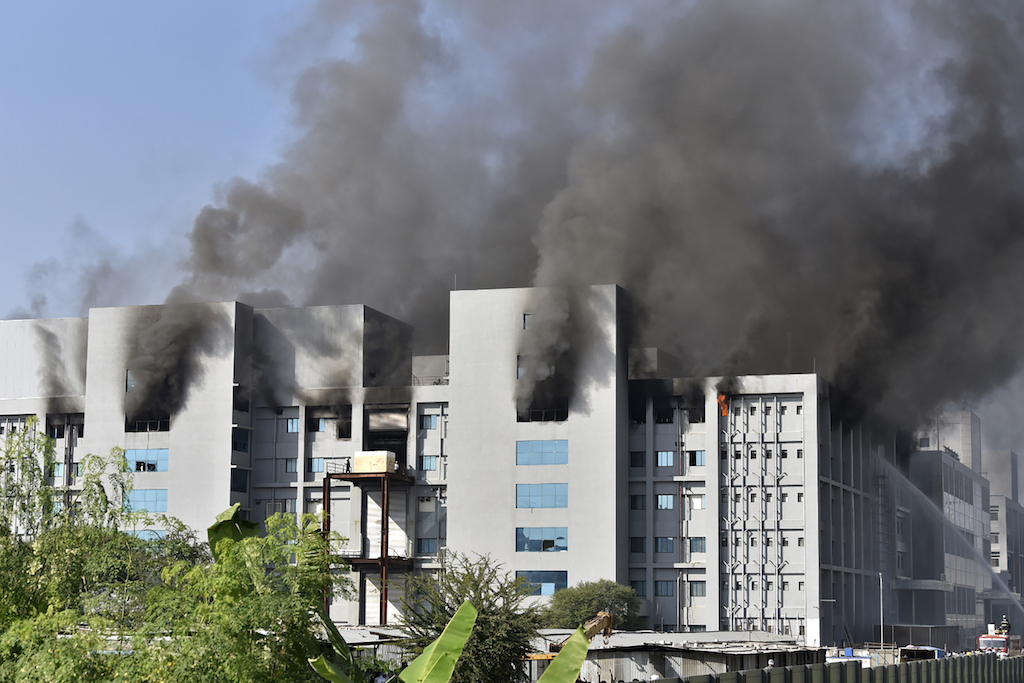 Smoke rises after a fire broke out at India's Serum Institute in Pune. AFP

MUMBAI - Five people died as a fire tore through a building in the world's biggest vaccine manufacturing hub in India, but the company insisted the production of drugs to counter the coronavirus pandemic would continue.

Rescue workers discovered five bodies in the under-construction building after the blaze at the Serum Institute of India was brought under control, media reports said, with officials in the western city of Pune confirming the toll.

TV channels showed thick clouds of grey smoke billowing from the sprawling site, which is responsible for producing millions of doses of the Covishield coronavirus vaccine, developed by AstraZeneca and Oxford University.

"It is not going to affect production of the COVID-19 vaccine," a Serum Institute source told AFP, adding the blaze was at a new facility being built on the 40-hectare campus.

"We are deeply saddened and offer our deepest condolences to the family members of the departed," the firm's CEO Adar Poonawalla tweeted, without offering further details.

Prime Minister Narendra Modi added he was "anguished by the loss of lives".

Both police and the company said the cause of the blaze was not immediately known.

The complex where the fire broke out is a few minutes' drive from the facility where coronavirus vaccines are produced, reports said.

Up to nine buildings are under construction at the complex to enhance Serum's manufacturing capability, NDTV reported.