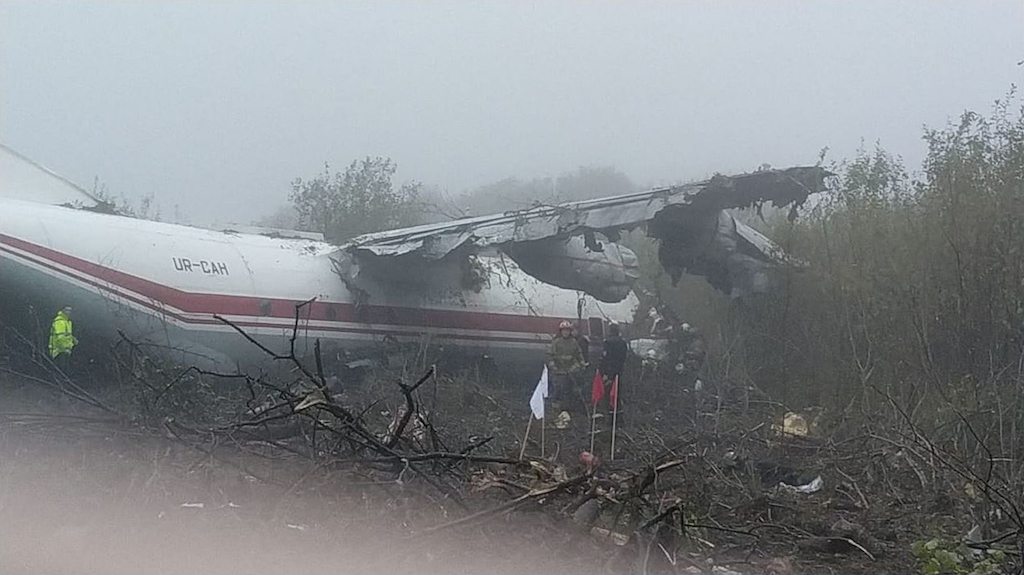 A photograph taken and released by The Ukrainian Emergency Ministry shows rescuers as they work at the plane crash site in a forest outside Lviv on 4 October 2019.

The Antonov-12 with eight people on board crash-landed 1.5 kilometres from the runway at Lviv airport.

The surviving three passengers were hospitalised in a serious condition after being trapped in the wreckage, the emergency service said.

It added the aircraft was operated by Kiev-based company Ukraine Air Alliance and flying in from Vigo in Spain.

Deputy Infrastructure Minister Yuriy Lavrenyuk told Ukraine's 112 TV channel that it was thought the plane had run out of fuel or a pilot had made a mistake.

The emergency services posted a picture of the plane with one wing ripped off.