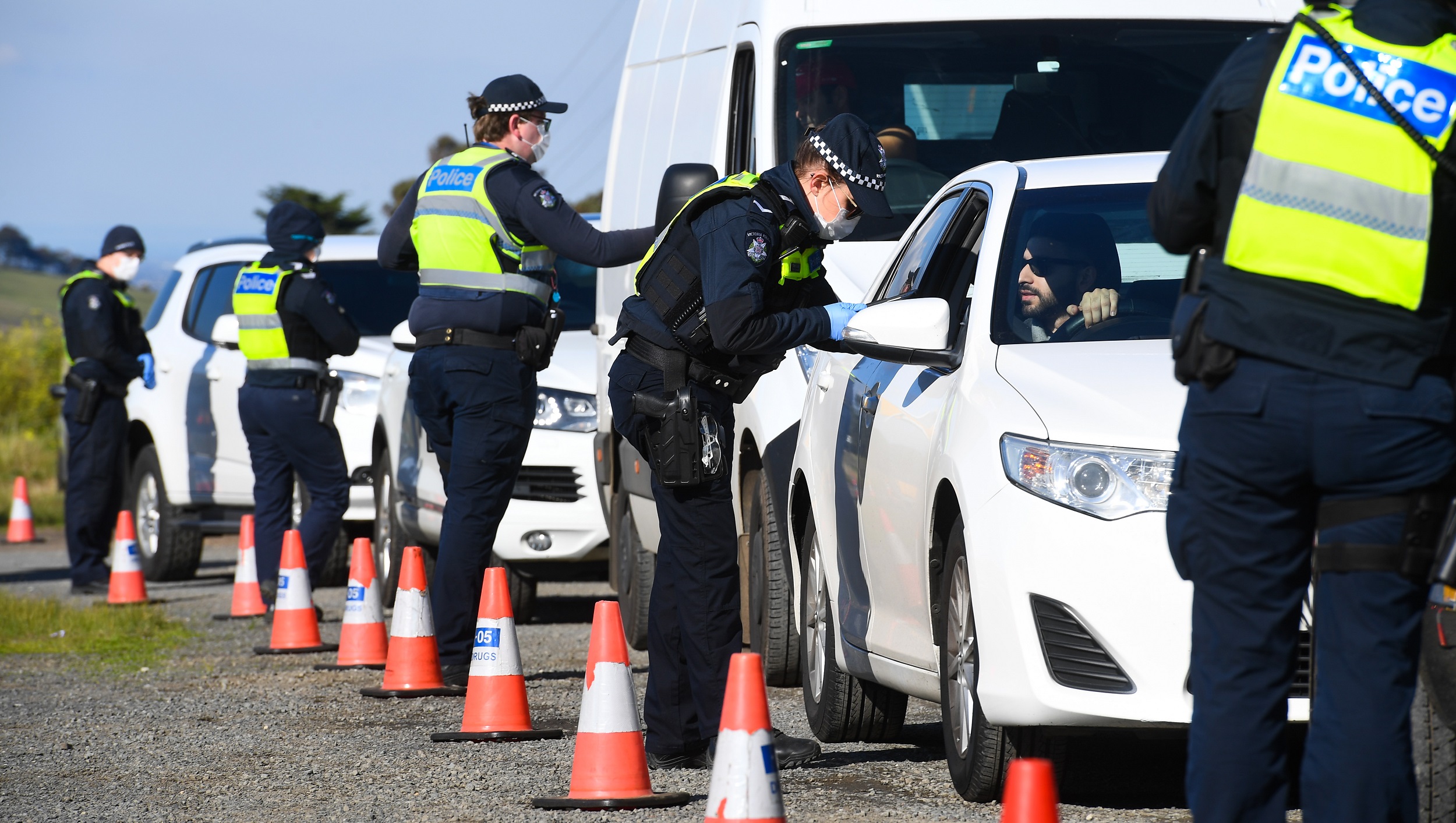 Police conduct roadside checks on the outskirts of Melbourne on the first day of the city’s new lockdown after an outbreak of COVID-19.

MELBOURNE - Five million people in Australia's second-biggest city began a new lockdown on Thursday, returning to tough restrictions just weeks after they ended as Melbourne grapples with a resurgence of coronavirus cases.

Residents have been told to stay at home for six weeks after other measures to contain a spike in COVID-19 failed to prevent the virus spreading.

The state of Victoria has been effectively sealed off in an effort to preserve the rest of Australia's success in curbing the virus.

However, a rush of travellers across the border into neighbouring New South Wales on Wednesday has raised concerns those efforts could be torpedoed.

"A few cases coming over the border from Victoria (can) tip that magic number into outbreaks that are going to be very hard to control," epidemiologist Mary-Louise McLaws told public broadcaster ABC.

Queensland state announced it would turn away all travellers from Victoria -- for the first time removing an option that had allowed them to spend 14 days in quarantine on arrival.

In Melbourne, there are concerns over the economic and mental health impacts of the second lockdown, which officials estimate will cost the economy Aus$6-billion.

Residents are restricted to their homes except for work, exercise, medical care or to buy essentials.

Government workers are going door-to-door in Melbourne urging residents to get tested for the virus, with officials saying about 10,000 people have refused after being influenced by online disinformation.

Australia has recorded just under 9,000 cases of COVID-19 among a population of 25 million, with 106 deaths.

Two of the world's most famous cities are now facing a second lockdown. Melbourne and Miami relaxed their rules a few weeks ago. The virus is now hitting back, forcing officials to think again. Michael Marillier unpacks this for us. Courtesy #DStv403 pic.twitter.com/HFK6FOk1p0