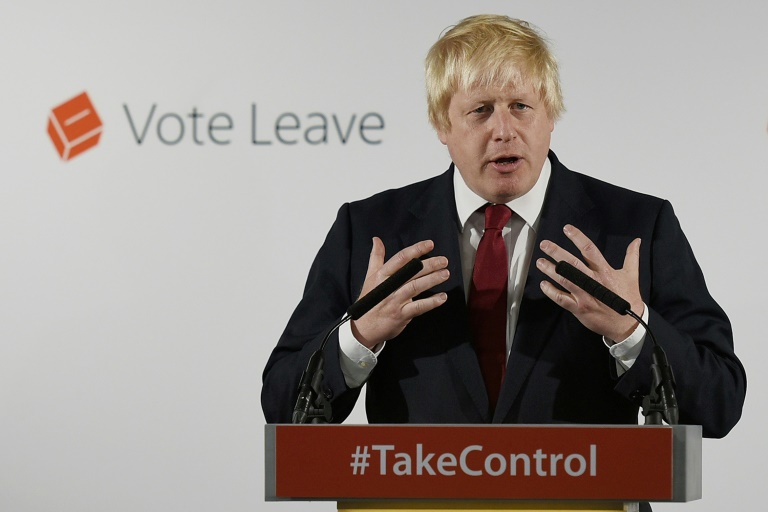 Boris Johnson, before he became prim minister, campaigning to leave the EU in 2016

LONDON - Five years on from Britain's shock decision to quit the European Union, the wounds opened by Brexit have yet to heal, and analysts say its far-reaching changes are only just beginning.

The coronavirus pandemic has masked the economic dislocation caused by the referendum verdict, which backed severing five decades of integration with the European mainland.

British trade with the EU collapsed at the start of the year, when Brexit's full effects came into force, but against a backdrop of much deeper damage wrought by Covid-19.

And the benefits promised by Prime Minister Boris Johnson for a newly invigorated "Global Britain" remain a work in progress, while the country's very cohesion is at risk from an emboldened nationalist movement in pro-EU Scotland.

Johnson was upbeat on the effects of Brexit in comments marking the anniversary of the June 23, 2016 referendum. 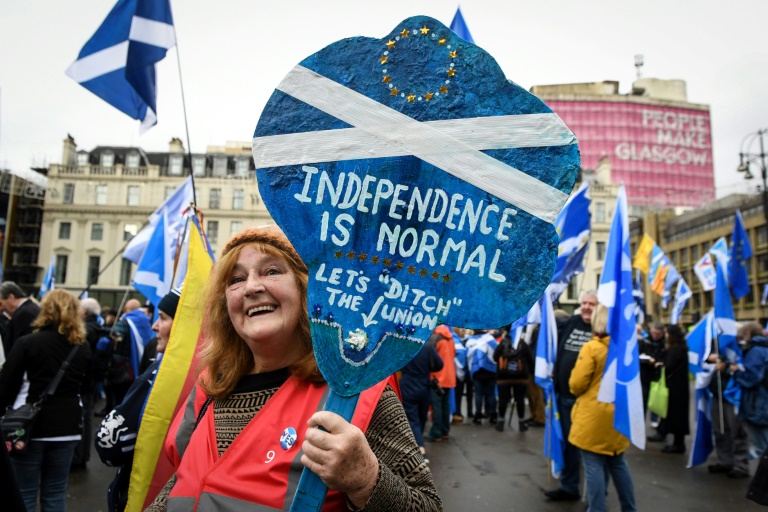 The Brexit decision has emboldened the nationalist movement in pro-EU Scotland.

"Now as we recover from this pandemic, we will seize the true potential of our regained sovereignty to unite and level up our whole United Kingdom," the prime minister said.

"With control over our regulations and subsidies, and with freeports driving new investment, we will spur innovation, jobs and renewal across every part of our country," he added.

"This Government got Brexit done and we've already reclaimed our money, laws, borders and waters."

Johnson also hailed trade deals negotiated with the EU and 68 other countries as well as the start of negotiations to join the $9 trillion Pacific trade area.

In the area which recorded Britain's highest pro-Brexit vote -- Boston, in eastern England -- musician Stephen Clark, 60, was also optimistic about the future.

"I think that whatever happens, whether it's going to be good or it's bad, I think it's better to have our future in our own destiny," he said.

For most Britons, the fuller effects remain to be felt with coronavirus restrictions curbing travel to their favourite holiday destinations this summer.

For the first time in generations, Britons no longer have unrestricted entry to Europe.

In Britain, at least 5.3 million long-resident Europeans have applied for settlement status to ensure their pre-Brexit rights are preserved -- well above the government's estimate of 3.4 million.

Any remaining Europeans have until June 30 to apply, raising the threat of new battles with Brussels if some slip through the net, after London was accused of harshly treating EU citizens trying to enter the country legitimately.

It "will have very long-running social, cultural, political consequences long, long after Brexit and free movement are over", he said.

Portes said Brexit would give Britain's economy a "slow puncture", with a "significant but not catastrophic, persistent drag on growth of a quarter-to-half percent a year for the foreseeable future".

Johnson has adopted an uncompromising stance towards the EU after Britain left the bloc's single market on January 1, following years of post-referendum political paralysis and a repeatedly extended transition period. 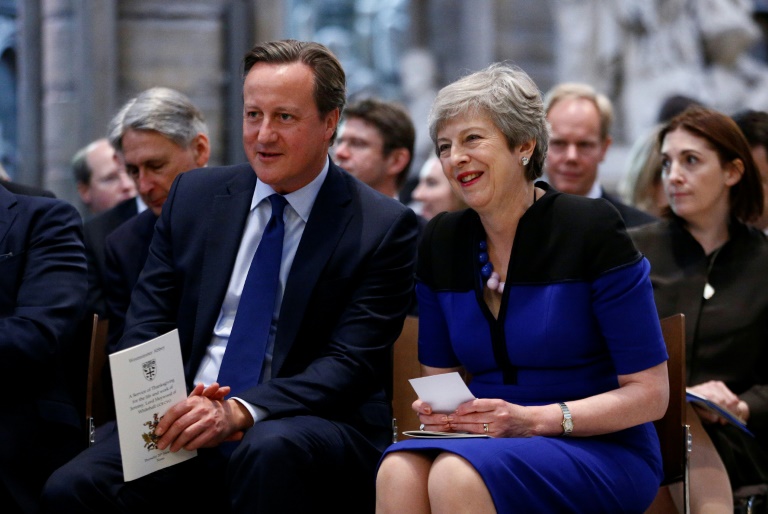 PM Boris Johnson owes his position in power to Brexit, which put paid to his two predecessors,David Caeron and Theresa May

Northern Ireland has borne the brunt of confrontation, where pro-UK unionists feel betrayed by the intricate compromises Brexit necessitated to preserve its fragile peace.

But Anand Menon, director of the think-tank UK in a Changing Europe, said frayed tempers on show between EU leaders and Johnson at the recent G7 summit also made clear "just how many big global issues the UK and the EU are going to need to work together on".

Underlining the inescapable fact of geographical proximity, Britain and the EU will remain bound by a host of committees envisioned under their last-gasp Trade and Cooperation Agreement signed on December 24.

They cover everything from financial services to trade in organic products and motor vehicles/parts, while Cambridge University law professor Catherine Barnard said EU-era laws "will affect our lives for decades and decades to come".

Johnson owes his position in power to Brexit, which put paid to his two predecessors, and is unabashed in wanting to escape the drudgery of committee negotiations to focus on the "sunlit meadows" he sees on the horizon for a post-EU Britain.

Politically, he has translated the cultural fissures revealed by the referendum campaign into an ongoing "war on woke" on behalf of supposedly marginalised working-class communities.

"Though it's happening on a wider terrain, that terrain is still being fought over," polling expert John Curtice said, noting how Brexit had fed directly into Johnson's "levelling up" agenda for forgotten parts of England. 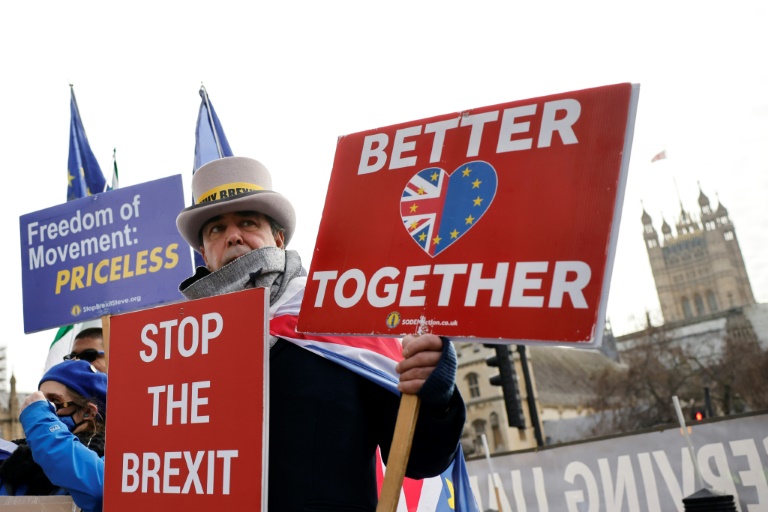 The actual result was the exact opposite in favour of "Leave", prompting wild celebrations among Johnson and his supporters but tearful dismay for many Remainers, and consternation among Britain's allies in Europe and beyond.

But Britain appears on balance resigned to its fate, with 46 percent wanting to rejoin the EU and 54 percent in favour of staying out.