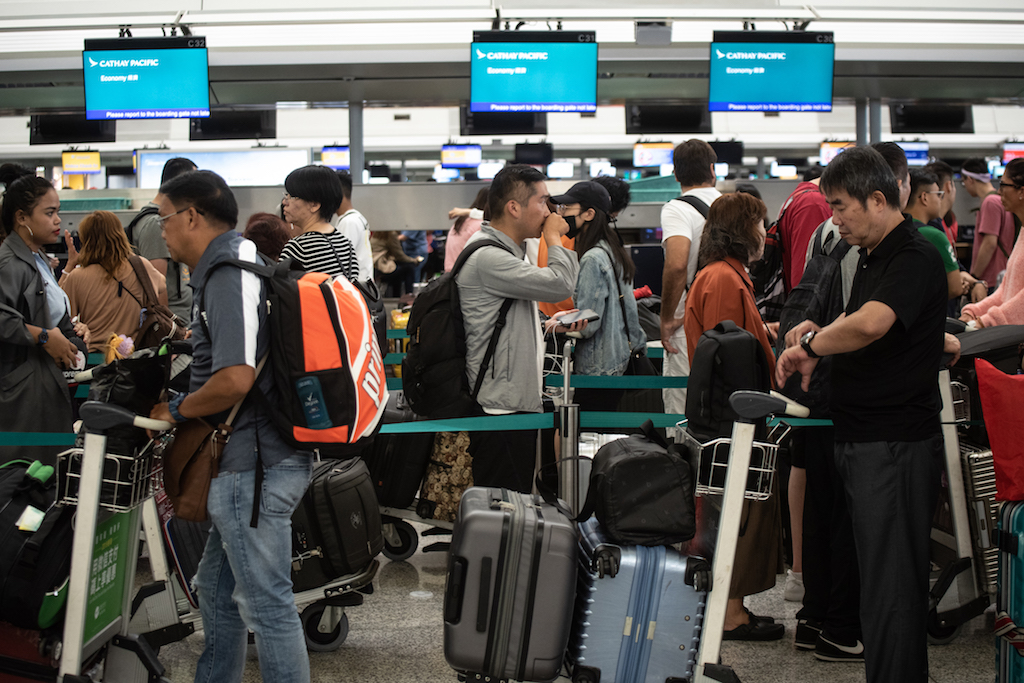 Hundreds of flights were cancelled on Tuesday after demonstrators blockaded two terminals, the second consecutive day the airport has been targeted in the latest escalation of a 10-week political crisis that has gripped the international finance hub.

Protesters physically blocked travellers from accessing flights throughout the afternoon, before battling with riot police outside the terminal later that evening and turning on two people they accused of being spies or undercover police.

But by the early hours of Wednesday morning the vast majority of protesters had left the building and flights began taking off on a more regular basis.

The airport's website showed dozens of flights taking off overnight and listed hundreds more scheduled to depart throughout Wednesday, although many were delayed.

An AFP reporter at departures said check-in desks were operating normally and only a handful of protesters remained, most of them sleeping.

It was unclear whether the airport would again be targeted later Wednesday.

Activists turned their attention to the economically vital airport after weeks of huge peaceful rallies -- and increasingly violent clashes between hardliners and police -- failed to win any concessions from the city's leaders or Beijing.