Flights expected to operate as normal 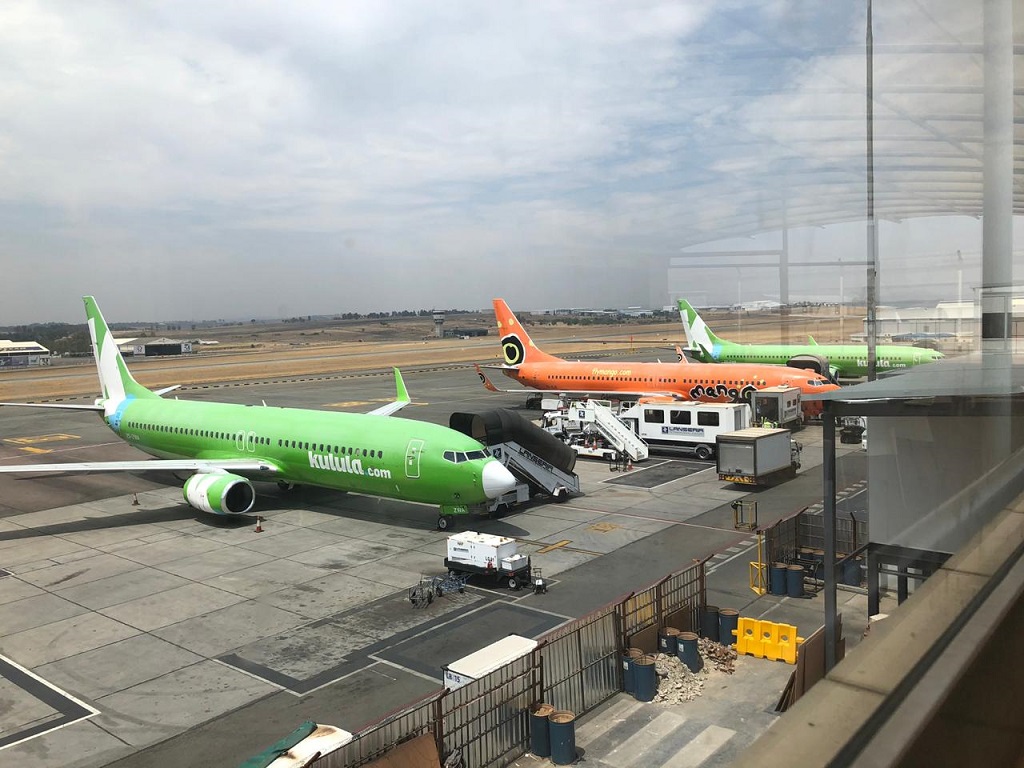 22 October 2019 - Kulula and Mango planes at Lanseria airport after an announcement that some of the planes would be grounded because of irregularities at SAA Technical that provides maintenance services.

JOHANNESBURG - Flight operations are expected to return to normal on Wednesday.

Several planes were grounded on Tuesday due to maintenance irregularities.

The SACAA says it had been in talks with the airlines prior to the grounding of flights.

Transport Minister Fikile Mbalula said the South African Airways Technical team had drawn up a corrective plan to deal with irregularities that resulted in delays and cancellations on Tuesday.

Mbalula appealed for calm at a news conference.

Fikile Mbalula says there's no total shutdown or crisis, reinforcing that planes have been grounded as a precaution.

"We appeal to the public to be patient and be on the lookout for updates from their airlines where there may be delays and cancellations," Mbalula said.

"Safety of our people is paramount."

The SACAA said it had inspected a number of aircraft at SAA Technical and had issued a prohibition order until the faults it had found had been fixed.

It did not disclose what the faults were or which aircraft type was affected, citing confidentiality agreements.

SAA Technical does maintenance for SAA, its subsidiary Mango Airlines and British Airways franchise partner Comair, which also operates under the kulula.com brand.

The regulator said it had accepted a corrective action plan from SAA's maintenance unit and that SAA and Comair's decision to "self-ground" some aircraft was a precautionary measure.